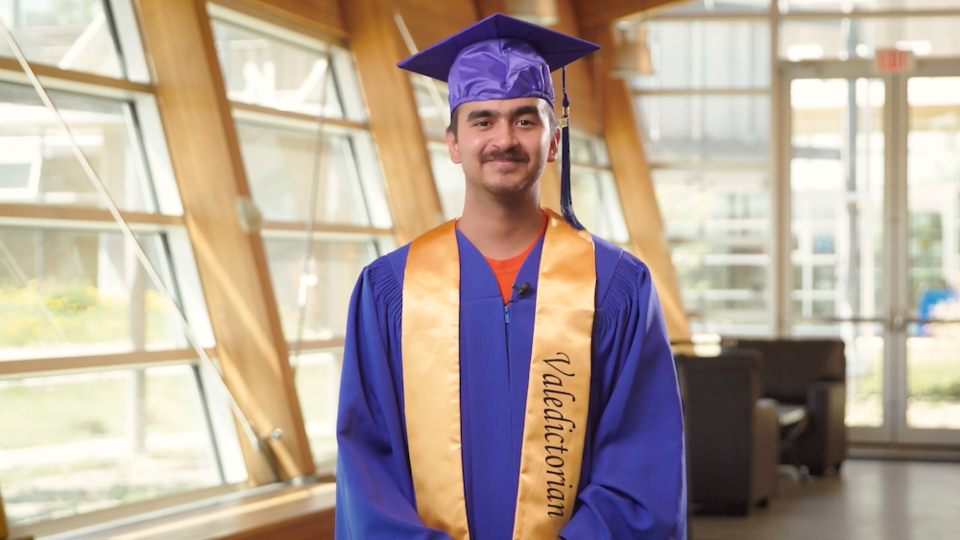 Northern Lights College graduates were reminded of the power of small acts of kindness as they celebrated their convocation on Friday.

Sankalp Chawla, one of two class Valedictorians this year, said small gestures can change the world everyday, even when they’re not caught by the news or on camera.

“It could be as simple as thanking a frontline worker today. It could be handing over a couple of bucks to a guy playing guitar outside 7-11 because he’s trying to make an honest living. It could mean really listening to a person in distress; it could mean cracking a silly joke to make someone laugh today,” Chawla said.

“You don’t need to be sitting on a pedestal to do good for this world. You can play a part from anywhere in the world. Each step matters and with each person you take with you toward a good initiative, the likelihood of a major change increases.”

Chawla, a social services worker graduate, was also awarded the Lieutenant Governor's Medal for inclusion, democracy, and reconciliation this year.

College Registrar Warren Stokes said Chawla demonstrated his commitment to inclusion at the college early on, arriving several months early to volunteer at orientation, and volunteering with the student refugee program.

Chawla also recruited domestic and international classmates to take part in an effective intercultural communications course, and completed his practicum at the college to support new international students throughout their quarantine.

Originally from India, Chawla lived in Ontario and Alberta before making his home in the Peace in 2019. He recalled his worries about several previous academic setbacks on the 16-hour bus trip to Dawson Creek, but said his orientation at the college rekindled a fire: “I was looking for hope and I saw it in the eyes I saw at the orientation.”

“Often student struggles included an element of surprise but as we came aware of each other’s issues we developed empathy for each other,” Chawla sad.

It was the college’s second virtual graduation event due to the COVID-19 pandemic. Laura Doyle, a social services worker graduate from northern Yukon, was also named Valedictorian.

“I stand here, an indigenous woman embodying what it means to succeed in a system that historically has not held space for my ancestors,” Doyle said.

“I stand here as a testament to strong communities and the positives impacts they have and create in shaping people like myself. And that is defined by success in all of its diverse forms.”

Doyle said the college has cultivated an atmosphere of inclusion and that she was blessed to study alongside peers from around the world. Everyone became smarter because of their time at college, she said.

“My peers were from places such as India, Japan, Korea, Vietnam, Jamaica, Nigeria Italy, South America Mexico and Russia,” Doyle said. “We all came together under the college to create an atmosphere of reciprocity while learning from our differences and celebrating our commonalities in the best way.” 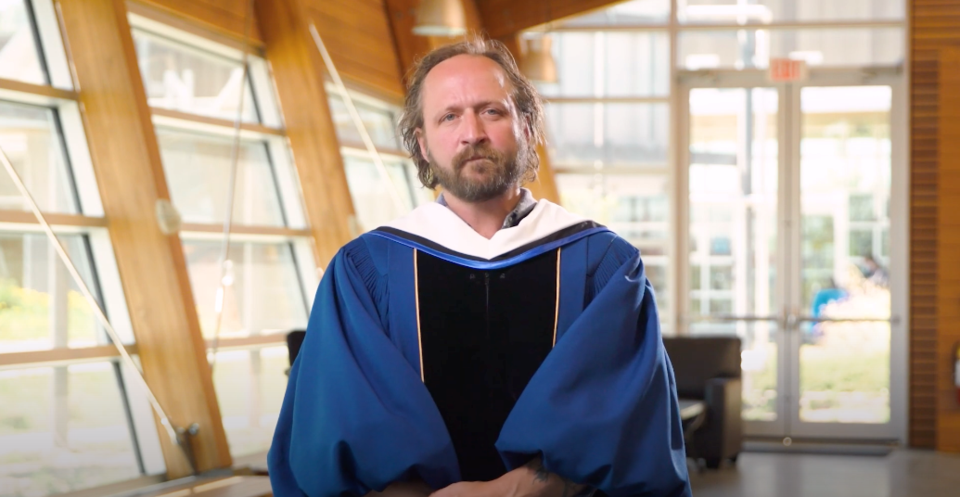 Maris Elizabeth Thompson, an early childhood education graduate, was awarded the Governor General's Academic Medal for graduating with the school's the highest grade point average at 4.28.

Rolla artist Karl Mattson was recognized with an Honorary Associate of Arts degree. Mattson’s art is well-known in locally and provincially, and travellers will be particularly familiar with his stylized sculpture of a prospector at the traffic circle at Mile Zero in Dawson Creek.

Mattson said he was especially proud to accept the special distinction after struggling in traditional classroom settings growing up, and needing a tutor to help him with math while also having dyslexia.

“It sometimes surprises people to learn I struggle with simple math but can build a giant sculpture of someone to scale,” Mattson said.

“To be recognized how I did learn and did achieve is an important achievement for me," he said. "I’m living that classic line: life is my education."

Mattson said rural living has been his teacher and classroom, allowing him to become an artist by exploring nature. At 19, he won an art award for a sculpture he made using old animal bones, iron, and concrete he found around his farm.

“Farm life is the genesis and foundation of my artistic education and is often at the heart of my artwork,” Mattson said. “In the never ending fluctuations of farm life I was always building things, sometimes out of necessity, sometimes to feed my creative side.”

“I often only have true clarity when I’m creating something, especially something that can deliver a message,” he continued. “My artistic style hasn’t always been popular; it’s been dark and challenges issues at times, such as environmental issues.”

Mattson said formal education is not something everyone can or will achieve, but he said he was able to learn through trial and error, and by being surrounded by creativity and a supportive community.

"Be proud of where you are. Don't be afraid to take your own path because every road can be an interesting adventure and a wonderful challenge," he said.

“Believe in your potential and trust yourself, even if you’re not doing the things like everyone else. Respect and cherish what you learn but never stop teaching yourself. Continue to seek out those who will be good influences, good company, and good teachers.”