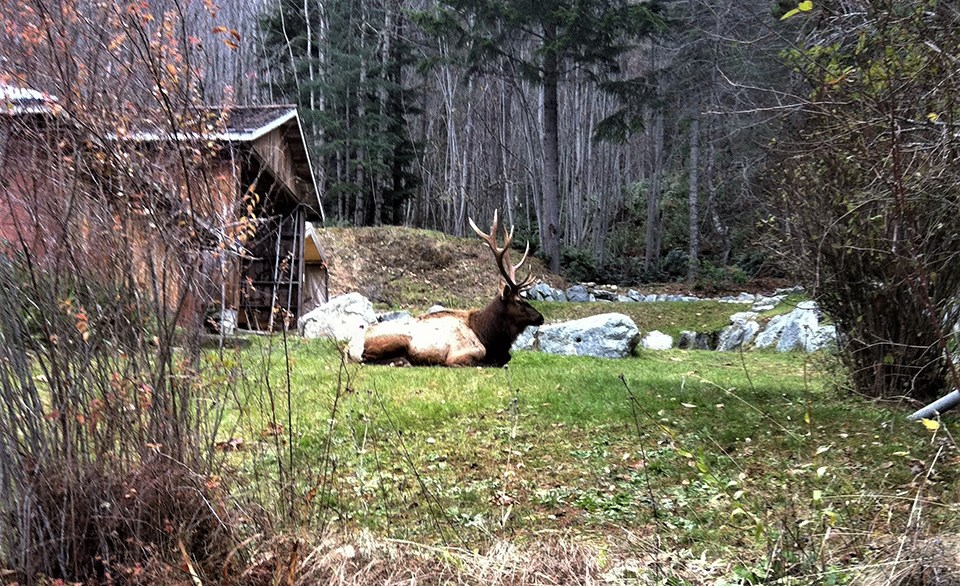 A spike bull elk's head was found in a nearby Hudson's Hope bush in October 2018. A Prince George man has been fined for the incident.BC Conservation Officer Service

BC Conservation Officers (BCCOS) are urging the public to follow hunting regulations after a Prince George man killed an elk in a closed season.

According to the provincial service, in a social media post on Wednesday (March 24), the local resident was ordered to pay a $3,000 fine, along with a 15 per cent victim surcharge, after he poached a spike bull elk in October 2018.

A joint investigation into the incident between BCCOS and regional RCMP determined the man has trespassed cultivated land near Hudson's Hope.

Discovered evidence also found the head and sex of the elk had been removed from its carcass, which was found 'in the bush' at a later time.

BCCOS says a DNA analysis confirmed the carcass was the elk the man had killed.

Conservation officers say 'leave it to the professionals' after B.C. man scolds lynx by the scruff
Feb 25, 2021 3:15 PM