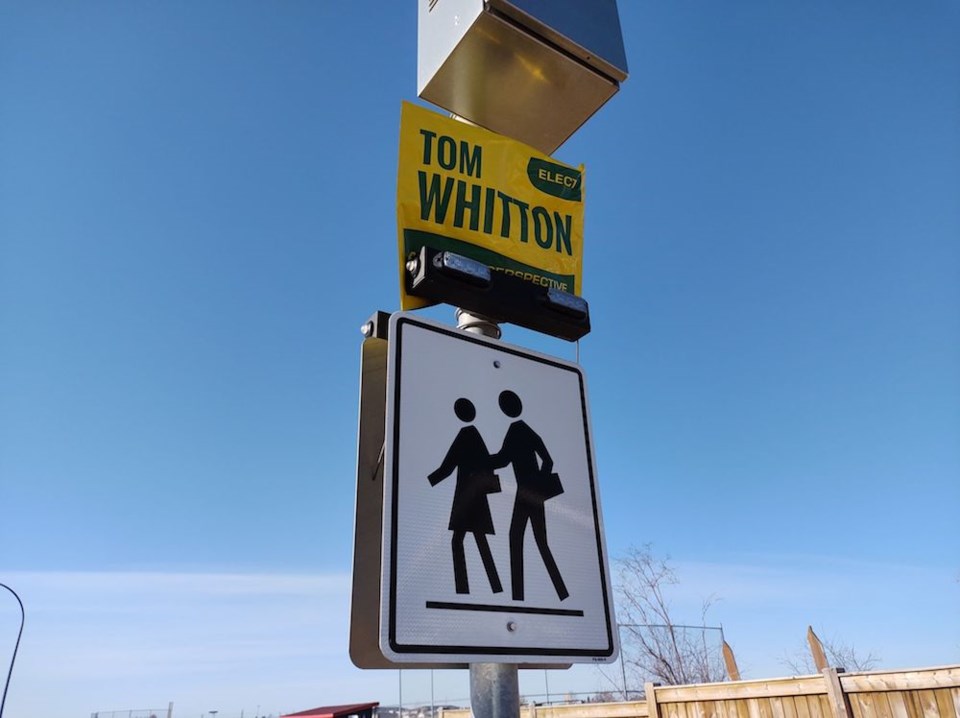 This city council candidate's sign appears misplaced on a crosswalk sign near Surerus Park, April 20, 2021. The City of Fort St. John says it has received reports of signs being stolen.

The city says the unauthorized removal of election signs is considered to be theft.

The city says election candidates are often self-financed and have limited budgets to run their campaigns.

While signs promote candidates in the running, they also remind people of an upcoming vote — in this case, the city council byelection scheduled May 15.

“Stolen election signs have been an issue over the last ten years, and it’s disappointing that individuals would take it upon themselves to remove candidates’ signs," said Chief Election Officer Janet Prestley. "These types of signs are placed on properties whose owners support a specific candidate."