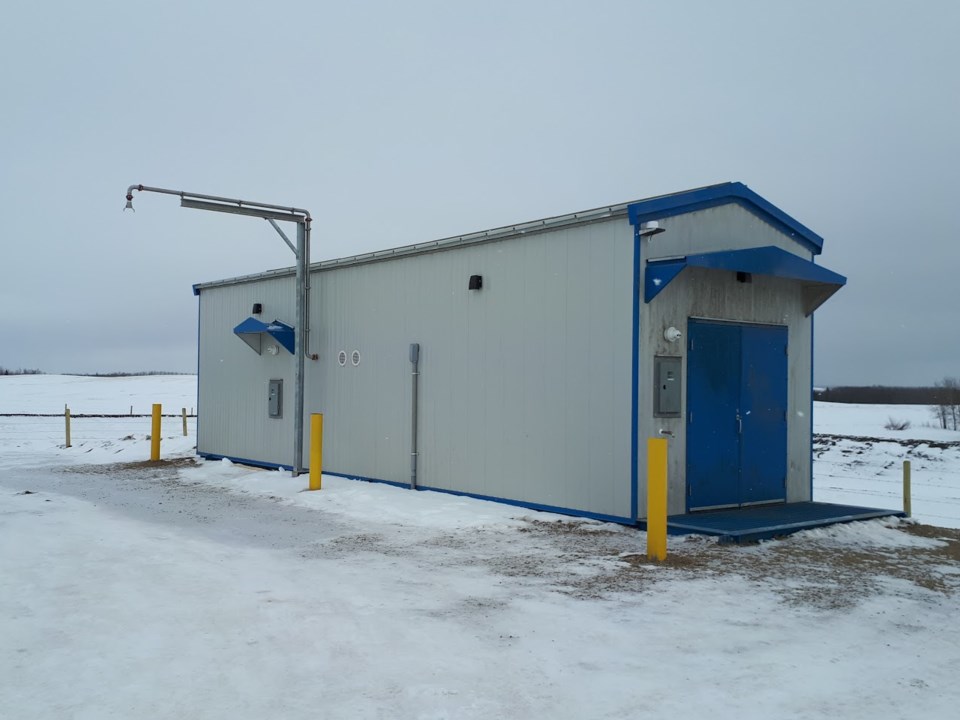 The Peace River Regional District board has approved the closure of the Rose Prairie water station.

The decision at the March 11 meeting was made on the recommendation of the electoral area director’s committee, after explosive levels of gas were found in the water system on Feb. 21, the day before it was to open to the public.

“While I am very disappointed that this has happened I’m very thankful that it happened when it did,” said Area B Director Karen Goodings.

“While on one hand it’s very, very disturbing to have it had happened, I think we will probably find out from the Oil and Gas Commission exactly why it happened. But I’m just thankful that it happened the way it did.”

The PRRD had spent $919,169 to build the station, and another $407,233 on related operational expenditures to bring it online before the problems were discovered.

The source water is from a well, contained in a small pump house, 1.4 km from the bulk tankloader.

The OGC is currently investigating.

Meanwhile, the PRRD also approved a feasibility study to find alternative water sources, and to hold a meeting with residents before the end of March. All rental equipment has been authorized to be removed from the site.

Fort St. John Mayor Lori Ackerman suggested the PRRD wait for the results of the OGC’s investigation before starting the new study.

But Goodings said there was no time to wait, and that’s she’s already received calls about a possible alternative water source.

“It happened once, it can happen again. I’m just not comfortable with it,” Goodings said.

“Staff have worked so hard to make this work, and with every issue that we’ve had we’ve come up with a possible solution, we’ve explored it. And that’s where the cost has come in, to try to attempt to make this water being what we would all want to drink and use, and it’s just not working.”