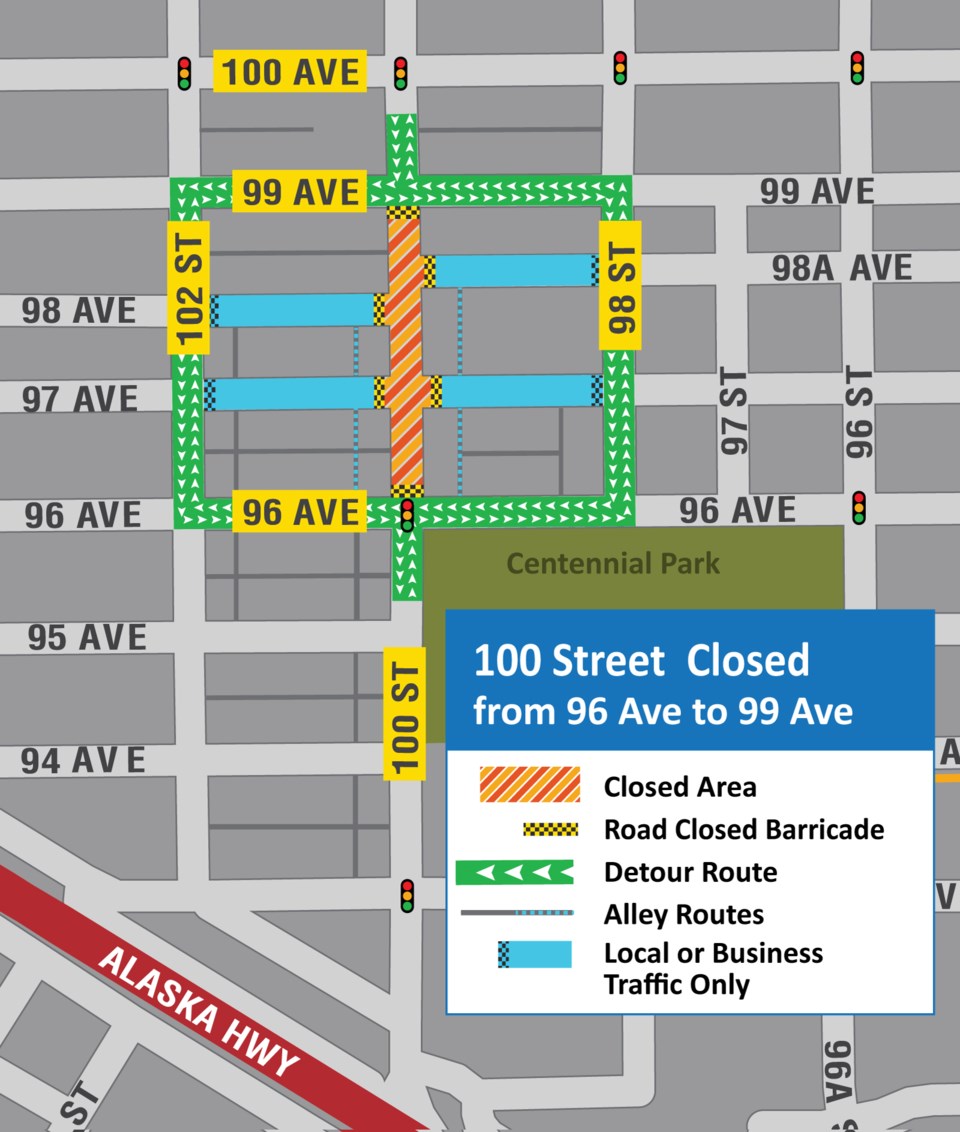 The city says 100 Street between 96 Avenue and 99 Avenue will close for construction starting Thursday.

Work on the second phase of the 100 Street rebuild is getting underway, including the upgrading of underground utilities and paving of 100 Street from north of 96 Avenue to south of 99 Avenue, as well as the installation of traffic signals at 100 Street and 97 Avenue.

Knappett Industries has the $7.63-million tender for construction, approved by city council in April.

The city says business access will remain open though slightly modified, while motorists will be detoured using 98 and 102 Streets between 96 and 99 Avenues. See the map above.

It's the second phase of the multi-year rebuild of 100 Street to replace underground water and sewer lines installed in the 1940s and 1950s.

Council approved a finalized plan for the rebuild through downtown in 2019. Work is planned to continue up to 105 Avenue over the next several years.