Triumph gets support of city, Northern Health to reopen

"We talked to every important person that there was to talk to, no stone left unturned."
Mar 3, 2021 4:22 PM By: Dillon Giancola 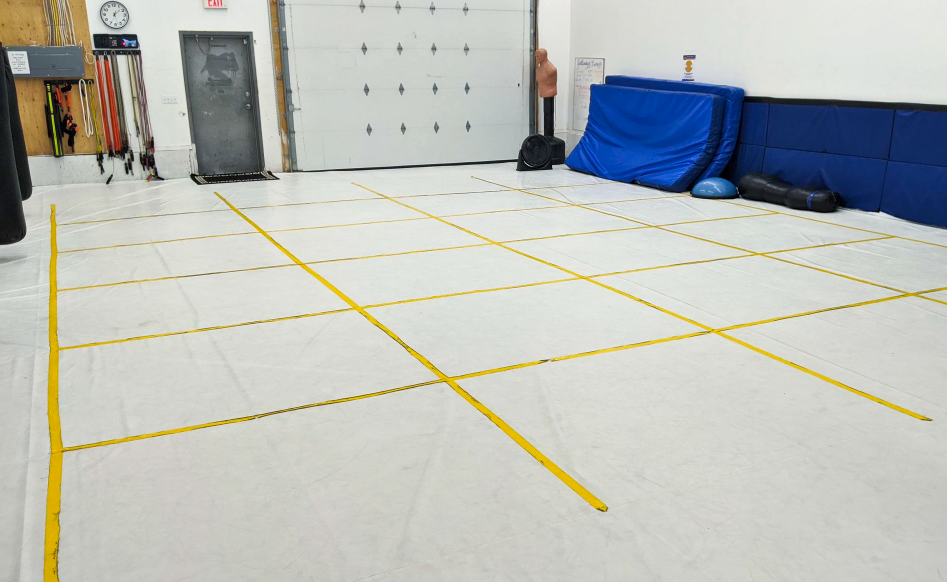 The Triumph MMA & Fitness gym, with grids laid out on the floor to help students and members social distance.Dillon Giancola

It wasn't easy, and took weeks of fighting from owner Tosha Mytron and the support of most dignitaries in the community, but Triumph MMA and Fitness got approval from the provincial health office and Northern Health to reopen its doors on March 2, six weeks and one day after the centre was ordered by the PHO to shut down.

Mytron met with city CAO Milo MacDonald and Public Safety Director Darrell Blades on March 1, telling them what had happened and the hoops she has gone through to reopen her centre.

"They told me that based off the findings of Northern Health and WorkSafeBC, they saw no reason for me to be closed. I wasn't in violation of any of the orders, and they said they were willing to write me a letter saying they supported me reopening," Mytron said, adding MacDonald emphasized that any orders the PHO made would supersede those of the city.

Fortunately, Mytron didn't have to worry about any further action from the province.

Northern Health contacted her an hour after the meeting, informing her the PHO had given bylaw officers permission to reopen Triumph's doors.

By Tuesday afternoon, March 2, the officer who initially recommended to the PHO that Triumph stay open following his initial inspection, filed the paperwork granting Mytron the victory she's been fighting so hard for.

"We've talked to so many people, from Chamber representatives, our MLA, other business owners in town, city councillors, and even the president of Boxing BC, who told us to let them know if there was any way they could help. To see the support from so many people was crazy and fantastic to see," Mytron said.

"I think we talked to every important person that there was to talk to, no stone left unturned basically. That they all took the time to hear me out and help was pretty awesome. It's pretty gruelling, but here we are."

MacDonald did indeed write Mytron a letter of support, which she shared to Facebook.

"We believe that if you follow your COVID-19 safety plan as conveyed, complying with the Public Health Guidelines, and do not offer any contact sessions, 1 on 1 sparring, or high intensity activities as outlined in the PHO Orders, that you exceed the intent of the Orders," MacDonald wrote.

"The effort that you have put forth into finding ways to ensure that your business can operate within the intent of the PHO Orders is commendable."

Mytron was very grateful to MacDonald and everyone at the city, along with everyone who's helped her, for their support during this tough time. Unfortunately, she was unable to say the same about the provincial health office, and was even told by someone in Northern Health that the provincial health office admitted the department who ordered her to shut down didn't have that authority in the first place.

"The (PHO) made themselves virtually unavailable, there were no phone numbers I could call, and nobody I could talk to. It's frustrating that these people in positions of power are ruling over us as citizens and business owners and are not even offering education to the officers who have to enforce the rules," Mytron said.

Mytron was set to finally let people back in the building on March 3, but of course these things do not always go as easy as they should. When she arrived at the building, she found that pipes were frozen and sewage lines were backed up, causing her to delay the reopening until March 5.

However, Mytron will be able to reopen, and following six weeks of fighting, that's a triumph worth celebrating.