A major sporting event doesn’t need to create major waste as the Winter Games in Fort St. John is proving by limiting its environmental impacts.
Feb 22, 2020 9:15 AM By: Alaska Highway News Staff 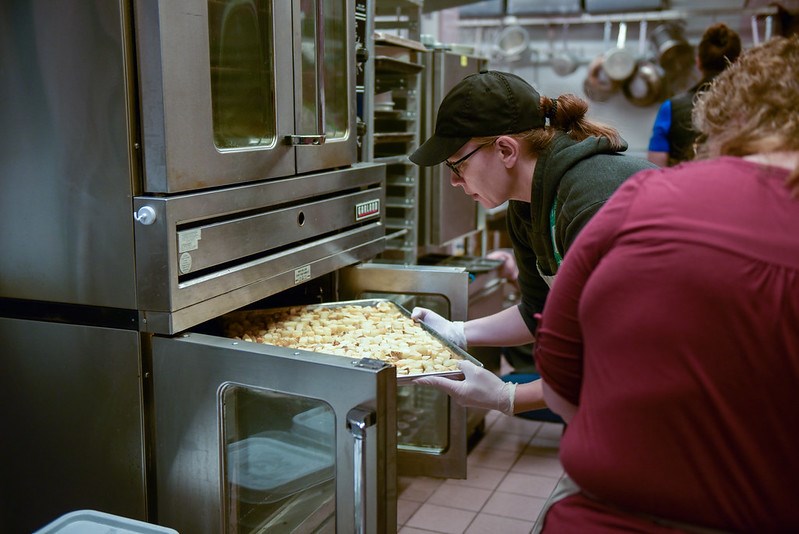 Volunteers prep meals for the 2020 BC Winter Games. Flickr/BC Games

A major sporting event doesn’t need to create major waste as the Winter Games in Fort St. John is proving by limiting its environmental impacts.

The Games reports that of 5,000 meals served as of Friday, the waste filled just a single bag of garbage.

Up to 16,000 meals are being prepared for the athletes, coaches, officials, and volunteers taking part in the event, with the Games shopping list including an estimated 15,000 eggs, 13,000 sausages, 400 pounds of tomatoes, and nearly 6,000 slices of cheese.

Recycling and organic waste vermicomposting have been key in the efforts to shrink the footprint and spare the landfill from unnecessary refuse. The Games want to get as close to zero waste as possible, said Karen Mason-Bennett, who's helping to lead the effort.

Part of that includes a worm composting program at the North Peace landfill, similar to that in the Northern Rockies, where worms break down organic waste into nutrient-rich soil.

The Games reports that 150 pounds of worms will be brought here from Fort Nelson in the spring to break down the waste.