A group of youth from Blueberry River First Nation got a hands-on lesson in a search for their connection to the land and one another last week.
Nov 15, 2017 10:48 AM By: Matt Preprost 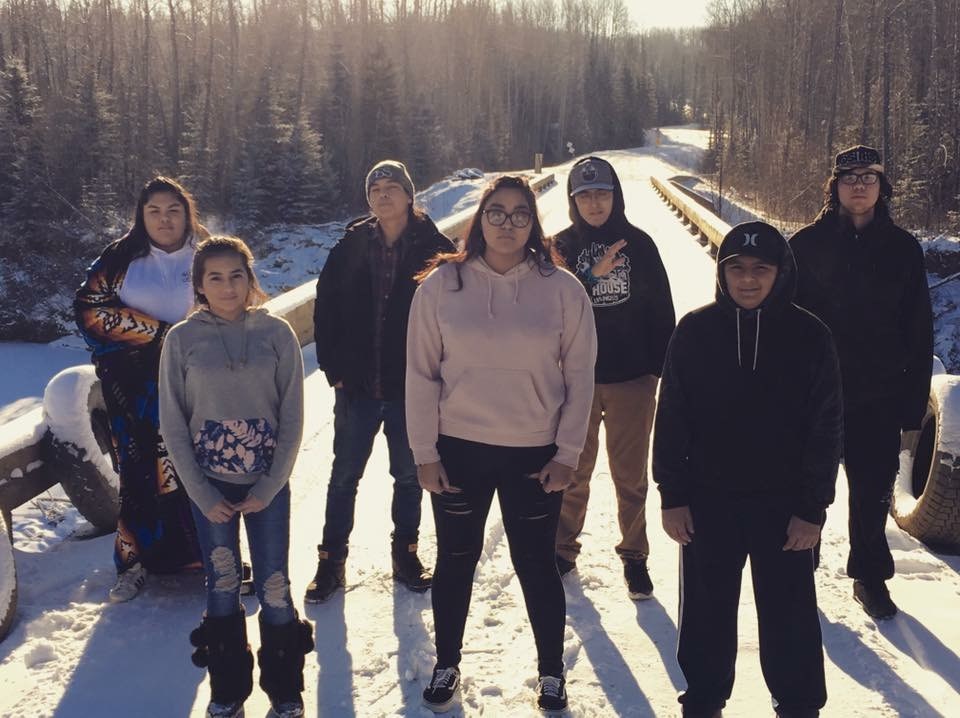 A group of youth from Blueberry River First Nation got a hands-on lesson in a search for their connection to the land and one another last week.

The seven students were able to do that through music and film, collaborating with N’we Jinan, a mobile music and video studio that embeds itself in First Nations communities across the country.

The students produced a song and accompanying video called Where Happiness Dwells—a story of the Blueberry community and how it was displaced decades ago from its sister community of Doig River in the Montney area, and how youth from the community are growing up trying to understand just what it means to be indigenous.

“I want their voices heard. I want people to hear what they have to say, and how this has affected them and where they are at in their lives.”

For Yahey, the project was a chance for him to channel his great-grandfather, considered a great dreamer in Beaver and Dane-Za culture, and whose name he inherited.

“The dreams he dreamt, about something in the community or the world, would come true,” said Yahey, 17, referencing stories that have been passed down about great floods that were prevented at Charlie Lake, or helping give his community the strength to fight off a flu epidemic.

“My great grandpa has passed down his name, and now I’m in a place to make a change,” Yahey raps during his verse in the pop-infused hip-hop song. “In a small community, where all we need is unity, our home is so resilient, we should try to see it beautifully.”

For 16-year-old TJ Sochan, the project was about bringing awareness to the Blueberry community—the good, the bad, and everything in between.

“Not a lot of people have heard of this place. I want people to know about it, we exist,” said Sochan, an active member of the high school poetry club.

“It’s not all good, it’s not all bad, just like the rest of the world. There’s still things wrong, and I would like it to stop. We can’t do it alone, and that’s why we do projects like this.”

The four-day workshop was facilitated by David Hodges, a non-indigenous educator who says art gave him a path to follow in life when he was young.

The job is a chance for him to help other youth find their own paths, he said.

“It’s given me a purpose and a path to harness all the energy life gives me, and develop skills to transfer to other people, and inspire them to engage themselves,” Hodges said.

“It’s cool to be creative. You can have a future being a creative person.”

“It’s a huge process, but in a condensed form so they get an idea of what’s involved,” he said.