My link to the past as a historical fiction author

Over the years, many individuals have uttered the words, "I was born in the wrong era." Whether that be the past or future that they wish to be part of, there is a piece of them that knows they are beyond their time.
J.E. Stanway Jul 16, 2021 10:30 AM

Over the years, many individuals have uttered the words, "I was born in the wrong era." Whether that be the past or future that they wish to be part of, there is a piece of them that knows they are beyond their time. Women during the suffrage era felt keenly that they were ahead of the years they were born in, knowing that they were capable of more than the domestic life forced upon them. Whereas old souls like myself and countless others feel like foreign residents in this modern world.

We don't feel nearly as akin to modern conveniences like cell phones as we do to older practices like letter writing and face to face communication. We've adapted to our surroundings as best we can, but there will always be a small part of us that feels out of place in the world of 2020.

I grew attached to period dramas in my early teens and realized my personality within the bygone era. And as the years went by, I dove more and more into the stories of the past and made my heart's home in those undisturbed fields and woodlands that in today's world possess cities and machinery; I felt deeply that I belonged there.

This is why so many of us old souls delve into books and films, classics, and historical fiction stories. Times and places that were slower, when wilderness was more abundant than suburbia, when days were filled with everyday joys, and when things such as love and relationships were straightforward and simpler; we relate to a way of life that is no longer in existence, and the only way back is through the stories that we love.

I found my solace in the stories of L.M. Montgomery; in particular, the Anne of Green Gables books. Something about this little redheaded orphan-turned-farmgirl struck a chord in me. I felt so connected to Anne and her way of thinking that, as I discovered my passion for novel writing, I naturally took inspiration from her and the authoress who created her world. 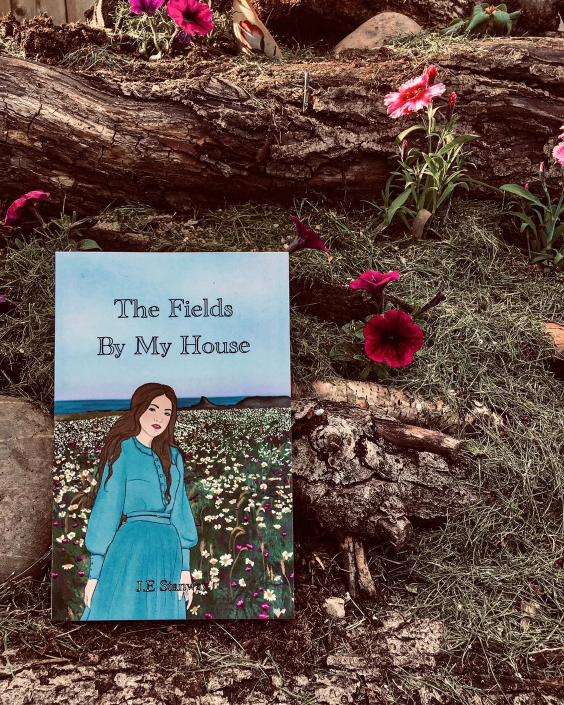 The Fields by my House came to me in a moment of strange inspiration. At the time, I was attempting to pen a WWII era novel, which at the age of fourteen was rather beyond my station. After I was about one or two chapters into that discarded piece of fiction, I found that the things I wanted to include within the story didn't quite fit the era. At one point I had been rather fascinated by the wartime eras, but my interest had faded substantially at that point, and I had no desire to research the time period at all.

It was when I wrote a scene about the main character making jam with her mother that I came to a realization - I would far prefer to write little scenes of domestic bliss than I would of a war raging with violence and prejudice. Naturally, my mind began to slip into memories of scenes from Road to Avonlea, the Anne Of Green Gables spin-off series that I had just begun watching over that summer. There was a coziness about the series that appealed to me, and, better yet, to my imagination. But it wasn't until I got home from school that day, turned on an episode of RTA I had recorded on my PVR, and began watching, that the idea of a turn-of-the-century farm girl story popped into my mind.

I remember having a notebook with me on the couch, and I scribbled some nonsensical notes about the idea that had come into my mind. It wasn't a day later before I had the main character's name, her hometown, and the title of my eventual book series. 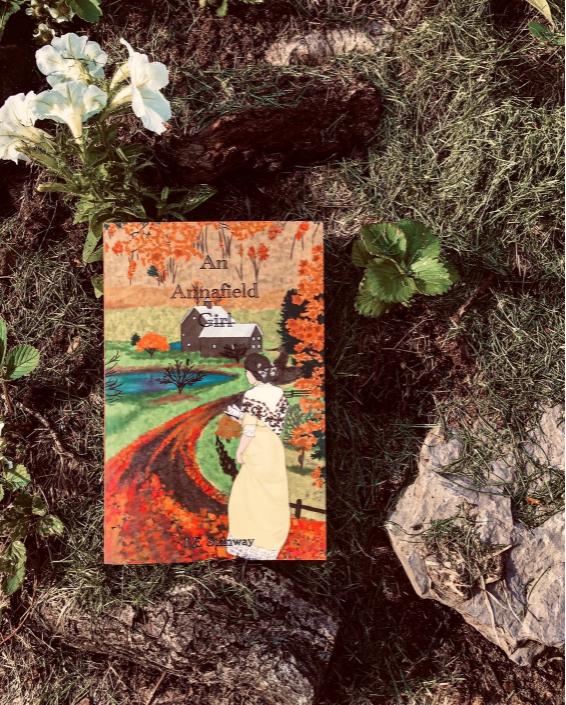 The universe of my mind will always live within the age of innocence; when poetry recitation was not only enjoyed, but expected, when people had love and respect for the land, and when day to day life was enough for people to live their lives fully, without the desire for fame that this generation seems to cling to.

When I speak of my appreciation for this time period, I do not ignore the true struggles of life that were abundant in that era. I simply choose to focus on the good things. In many ways, we are not so different from the generations that proceeded us, and finding things to appreciate about their lives does not mean we lack the ability to see the negative aspects of those years. What it means is that we have the bravery and courage to look beyond that negativity and appreciate what was positive. Some things about the bygone era can never be repeated in our modern era, and there's a bittersweetness to that truth that motivates every story, poem, and book that I'll ever write.

I’m glad that fourteen-year-old me saw her potential and realized her gift for storytelling. If she hadn't, Mabel Fairchild would never have been born, and she would never have become a part of that lonely tenth grader who just wanted to write a story that she could be proud of by creating a world that she could understand. I'll always be a country girl at heart, and a part of my mind will always live in the old world. And, as I continue to write stories and finish The Fields by my House books, my love for the things that now lay in the past will continue to grow.

J.E. Stanway lives and writes in Fort St. John, and is the Editor of The Postmodern Journal. Read more works by visiting thepostmodernjournal.com.