Matrilineal by artist Haley Bassett combines all three and more to explore cultural identity and pathways to recovery from gender-based violence through feminized artforms.

“Deepening an understanding of your cultural background can be a really strengthening and empowering process, especially if you’re someone who’s struggled with any kind of trauma,” says Bassett, who is of Métis and Eastern European descent.

On the walls, the exhibit may appear sparse, but all the stunning is in the details. The clear focal point of the exhibit is Second Skin, a mixed media work of seed beads, thread, sculpting mesh, beading foundation, denim, copper and steel wire, and a Levi's shirt. 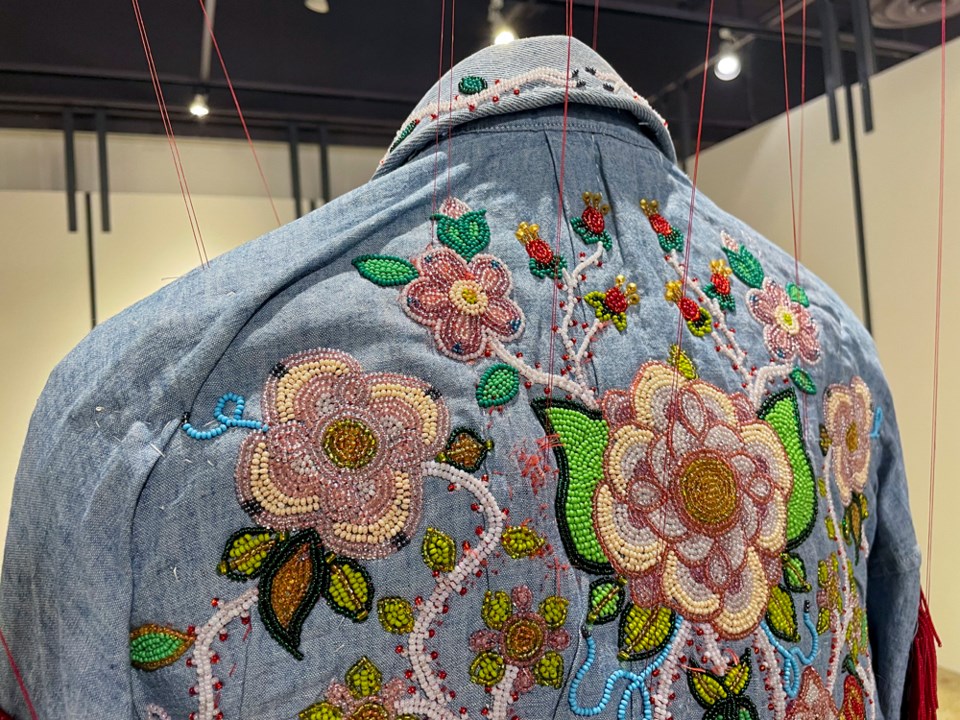 Bassett worked on the piece using a mannequin, but on display it suspends in still life shape and form in mid-air in the centre of the exhibit. Bassett learned how to bead from Cree artist Adrienne Greyeyes, and says the majority of beadwork she has ever done is woven into this one piece.

“Beadwork started as something I did in my spare time to relax. I found it very meditative and quite healing, and then it started taking on a larger and larger role in my life,” Bassett says. “The more I learned about it, the deeper I went into my own Metis identity and slowly came to realize just how healing and empowering the whole process is.”

“It’s the piece that taught almost everything I know about beadwork. I’ve taken it apart several times,” Bassett says. “The piece has a lot of meaning for me, and I wanted to make sure I got it right.” 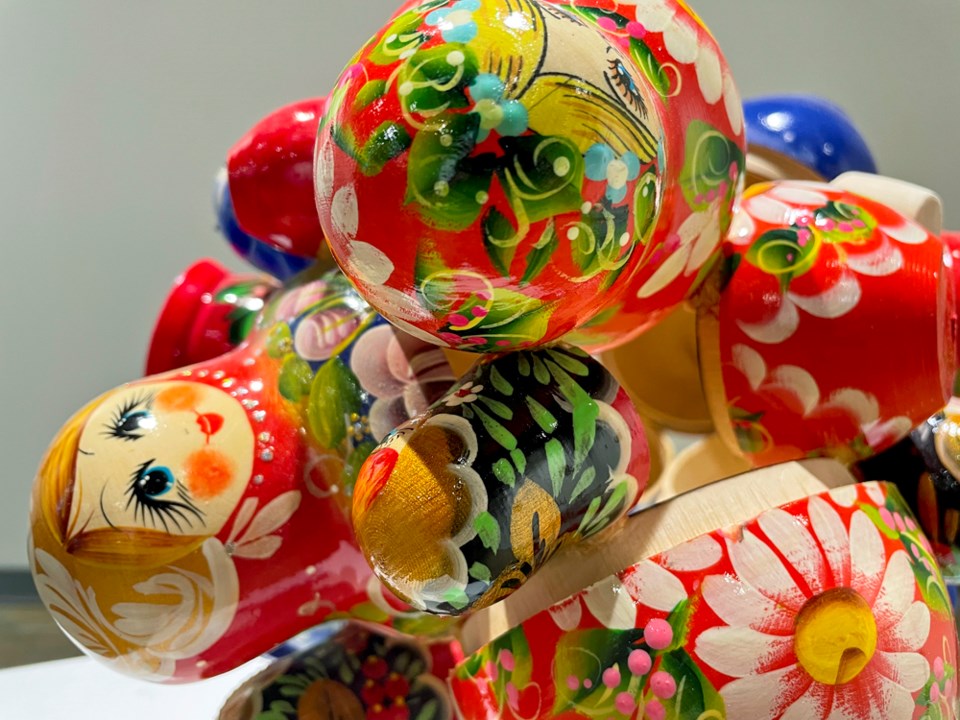 'Self Portrait as My Mothers', matryoshka dolls and basswood by Haley Bassett. By Matt Preprost

Bassett created Matrilineal as part of her Artist in Residence with the Peace Liard Regional Arts Council last year, and was mentored by Salt Spring Island artist Genevieve Robertson.

Other works in the exhibit include Rending, a faux leather hide stitched together with thread and painted with acrylic. Bassett found the leather in her grandmother’s house, where she now lives, and plans to expand the work in progress by combing it with a tanned deer hide. 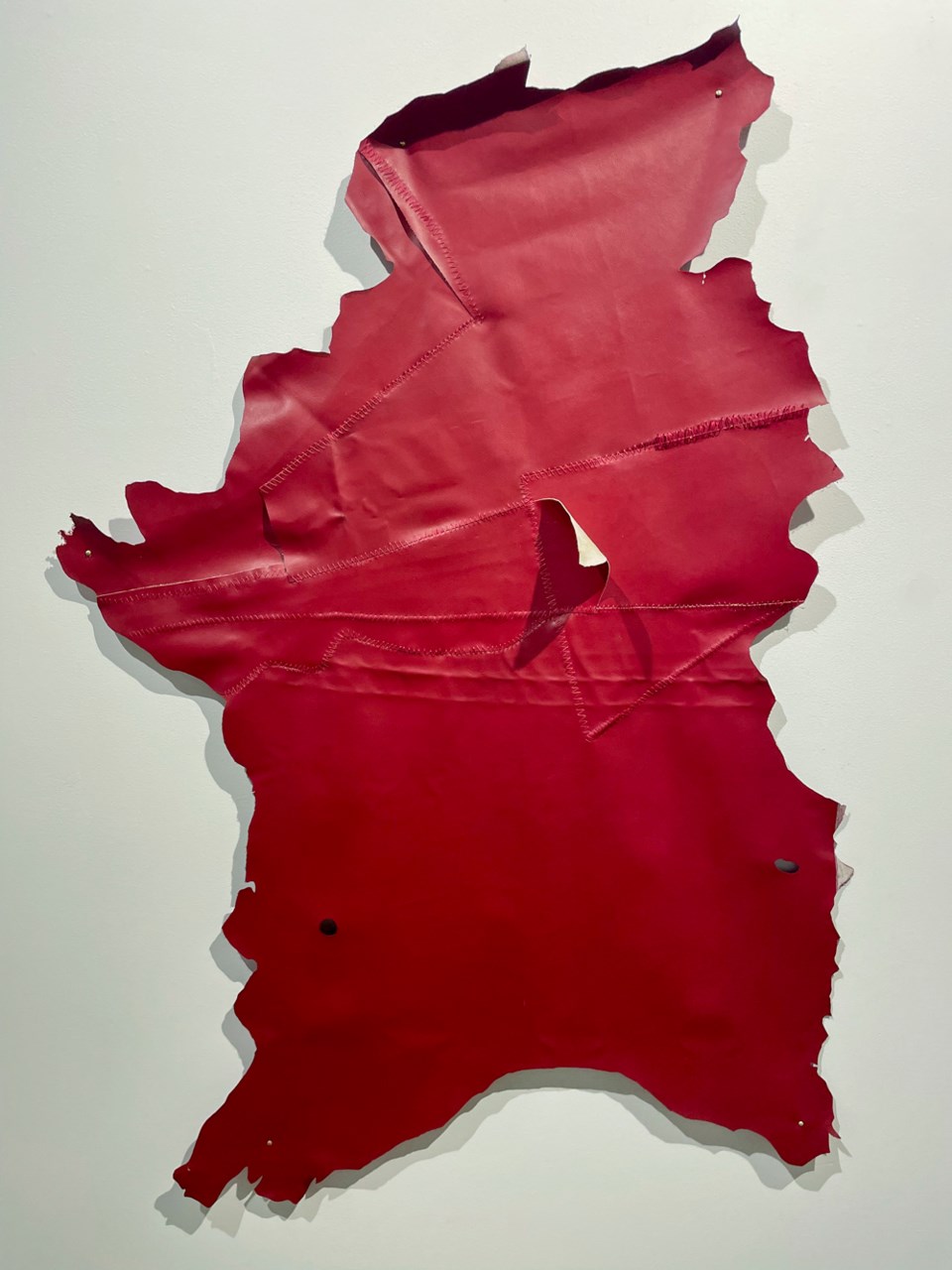 Other works include matryoshka doll and basswood sculptures such as Self Portrait as My Mothers and The Sum of Her Parts, made with a doll Bassett’s mom bought and that she reconfigured and painted, or with other found objects.

A series of canvas works feature a mix of beadwork and embroidery and oil painting, and, if you look real close — but don’t touch — rose thorns. 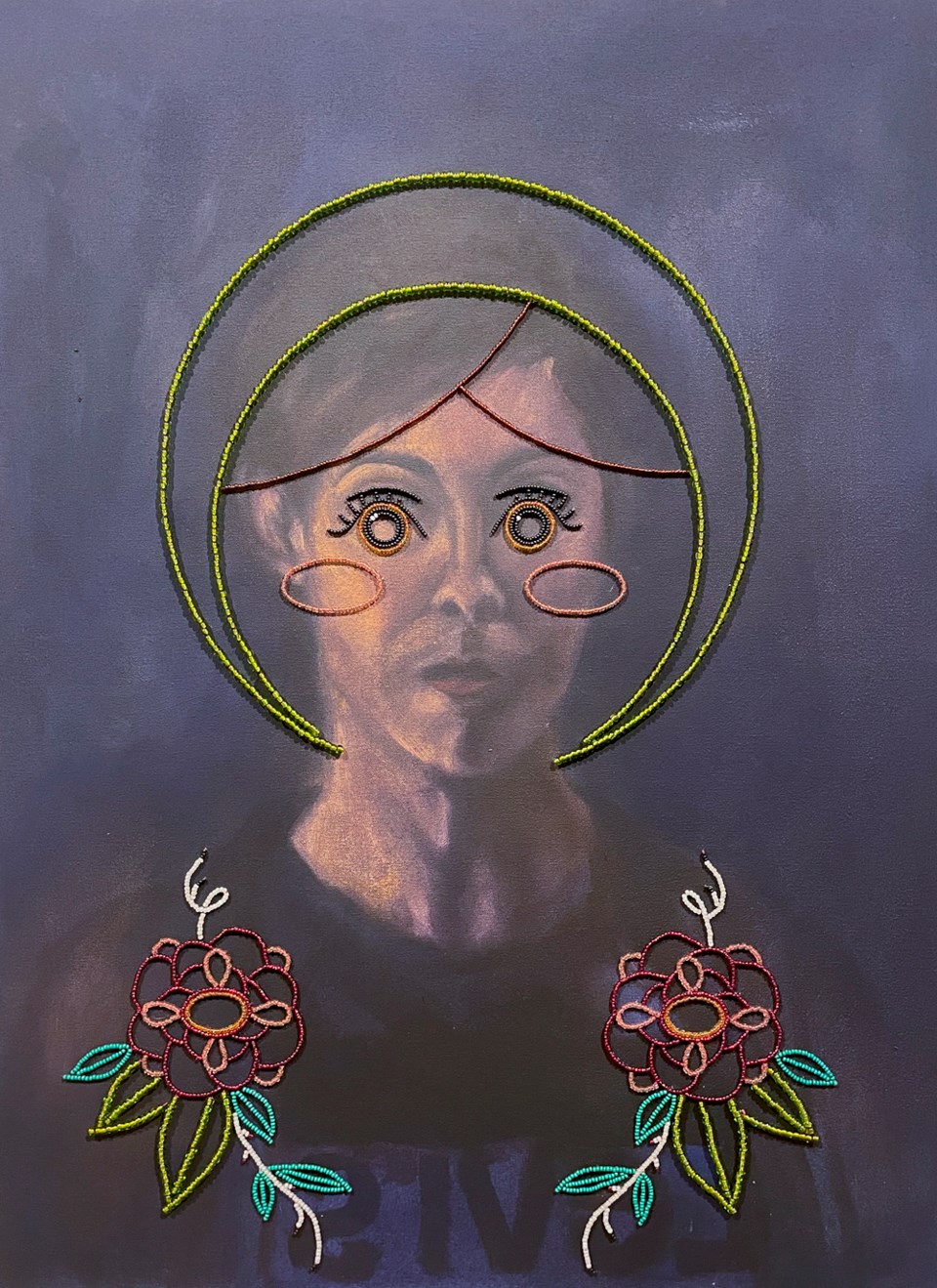 Self Portrait (Two Years Later) is perhaps the exhibit’s most strikingly dark piece for its use of black oil paint. Bassett says the piece was the perfect way to tackle identity, and take “this very traditional, very standard way of expressing oneself in an oil painting by obscuring it and complicating it.”

Bassett finished her Bachelor of Fine Arts at Emily Carr University last year, and she has kept busy ever since. Matrilineal is her fourth solo show this year, and expects some of the pieces to be in a group show in Grande Prairie next year.

“It’s been a lot of luck,” Bassett says.

The opening for Matrilineal runs from 6 to 9 p.m. Friday night at Peace Gallery North, and is on display until the end of August. 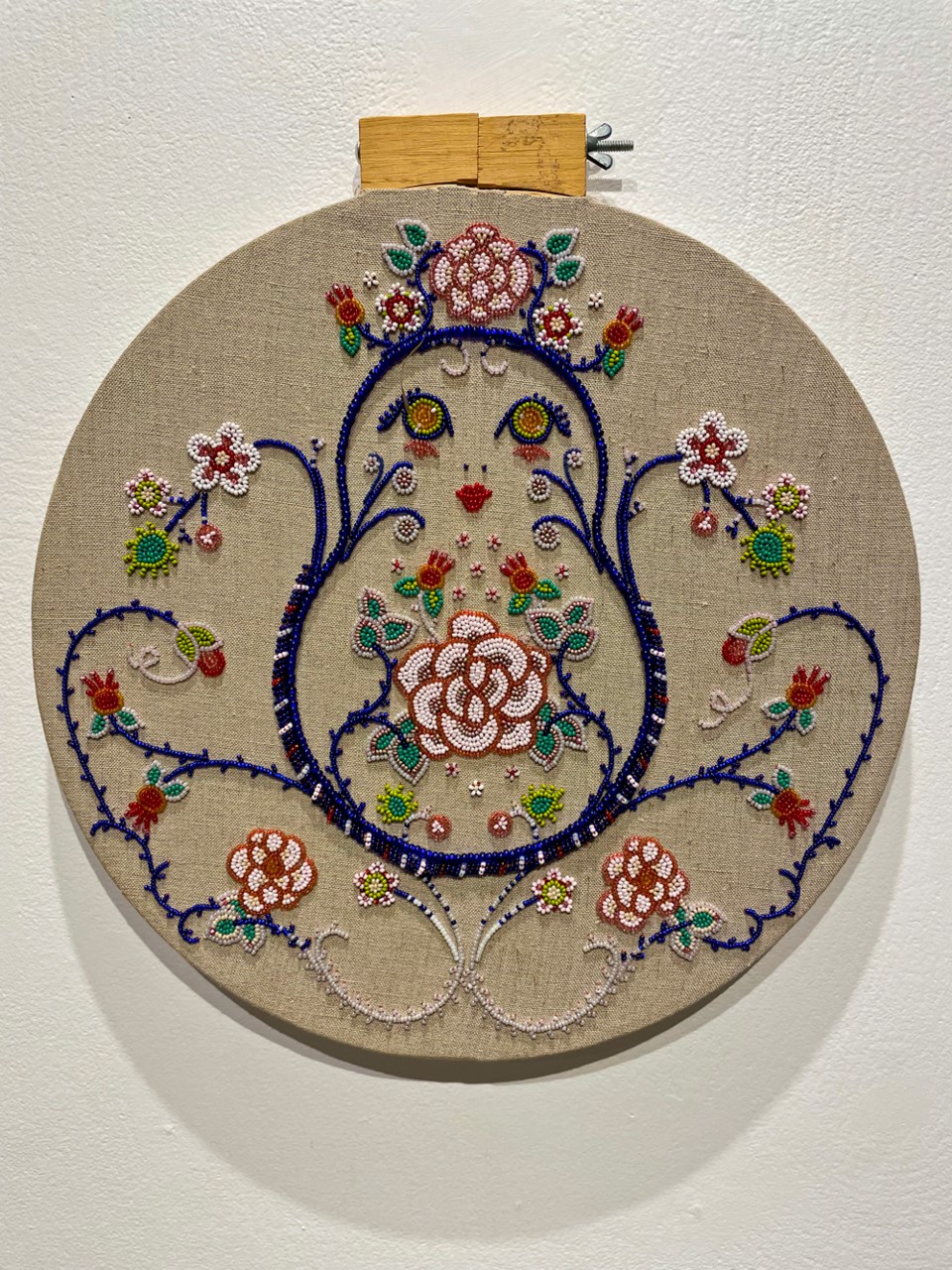