The myth of the starving artist

It's unlikely you will become rich and famous, however, you will not starve as an artist if you are savvy and work hard
Haley Bassett / Northern Arts Review
Mar 18, 2021 9:47 AM 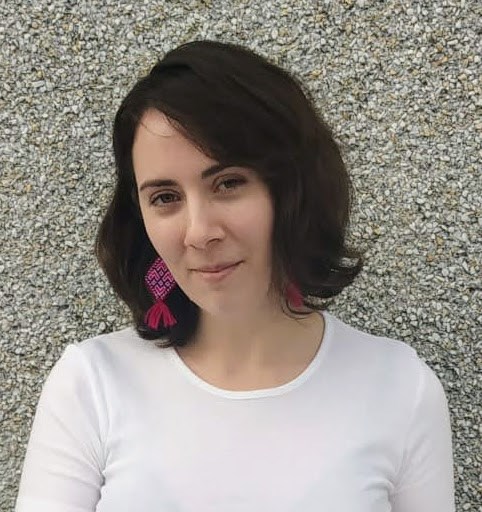 This week marks the beginning of a continuing series that delves deeper into the implications behind the “starving artist” stereotype, and how this misperception affects artists and communities in our northern context.

Picture a typical starving artist. You might conjure up a wafer-thin, punkish kid swanning around some trendy loft apartment that their parents pay for until they run out of goodwill. In your head, they might also be male, wealthy and white. This image is an amalgamation of stereotypes disseminated by the media that does not reflect what the vast majority of artists are like, or how they make a living.

To look further, by definition, a starving artist is not self-sufficient. As such, they are perceived to mooch off their parents, the government, or society in general. Because they supposedly beg for charity to do what they love, they are perceived as being selfish, maybe even narcissistic, unworldly. Personally, it is the caustic sting of this unspoken baggage that stands out to me when someone calls me a starving artist. Not only that, it’s a belittling and patronizing term that is often doled out by people who truly have no idea what it is to be an artist or how the industry works.

To be fair, the artworld is mystifying, because it is so vast and varied. Compounding that is the fact that the main arts funding organizations such as the BC Arts Council, the Canada Arts Council and Arts BC have historically had little to no presence in northeastern B.C.

The BC Arts Council and Canadian Heritage held an Lunch & Learn session in Fort Saint John in 2019, which to my memory, is the only such outreach they have done in the area. Arts BC, which claims to represent all of B.C., has never held a conference further north than Prince George, which is five hours away from Dawson Creek. All the aforementioned organizations are working to decentre the urban areas of B.C. and Canada, and making concerted efforts to reach out to rural artists, but systemic changes are slow to take hold, and changing public perception takes even longer.

Without the presence of these organizations in the area, laypeople and artists themselves can be forgiven for believing that the only way for artists to make a living is through commissions, hence the starvation. When in fact, many professional artists make a living through a combination of grants from organizations like BCAC, CAC, and the First Peoples Cultural Council, in addition to money from sales and commissions, as well as exhibition, speaking, and other fees.

The art industry has a dirty habit of not paying artists whenever possible, but standards in that aspect are beginning to change.

The Canadian Artists' Representation/Le Front des Artistes Canadiens, or CARFAC, releases a fee schedule annually, that dictates the minimum fees acceptable for the myriad of services artists provide, which are being increasingly adopted by reputable galleries across the country. CARFAC also advocates for the artist’s resale right, or ARR, which would guarantee the artist a portion of the resale price when an artwork is sold between collectors.

This is important as artwork only ever appreciates in price once it is initially sold by the artist. Meaning that traditionally, artists do not benefit from the increased value of their own work. The artist’s resale right is instituted in over 90 countries globally, including France, Germany, and the UK, although Canada is slow to catch on.

Despite these initiatives, most artists, even the successful ones, have a side-hustle to fall back on if say, their grant applications are not accepted, or they don’t sell as much work as they hoped. Artists also work in many different capacities within the industry in addition to their personal practice. Whether it's serving as a juror for a granting body, a moderator at a conference, or writing about another artist’s work and so on.

Frankly, it is unlikely that you will become rich and famous, however, you will not starve as an artist if you are savvy and work hard. It is helpful to remember that choosing a career as an artist is no more risky than opening a small business, or working in the oil and gas industry, which is notoriously unstable.

It’s curious that these career paths are far more socially acceptable, especially here in the Peace-Liard region, when they are perilous in their own ways, and often times, far less fulfilling. Remember to value for own time and labour, and advocate for yourself and the changes you want to see in the industry such as CARFAC fees or the ARR, so that hopefully the myth of the starving artist will be a thing of the past.

Do you have an artistic endeavour you would like to promote? Is there a topic you would like me to discuss? I would love to hear from you! Please email me at programs@dcartgallery.ca.