2021 is shaping up to be quite the year for Brandon Hart. The former Fort St. John resident reached number one on the Billboard charts in April, and his newest single and music video for 'Bigger Than' is quickly charting on YouTube after its release last week.

"This is what my music is about. This song captures that feeling we have when we measure ourselves against other people, and knowing that the only person who can help you is yourself," Hart says. "It's about finding that inner strength."

Hart was born and raised in Fort St. John before moving away with his family in junior high. He's been playing and making music since he was 12, when he would skateboard around the airport near his home on Airport Road.

His latest music video features his nieces and nephews, showing their best superhero poses and playing like only a child can.

"We can be bigger than Batman if we wanted to, bigger than the problems we're going through," Hart sings. "For every lie you believe that's true, know there's a superhero inside of you."

In its final seconds, the camera hones in on Hart and his daughter.

"Kids understand this message, they know they are enough themselves," he said. 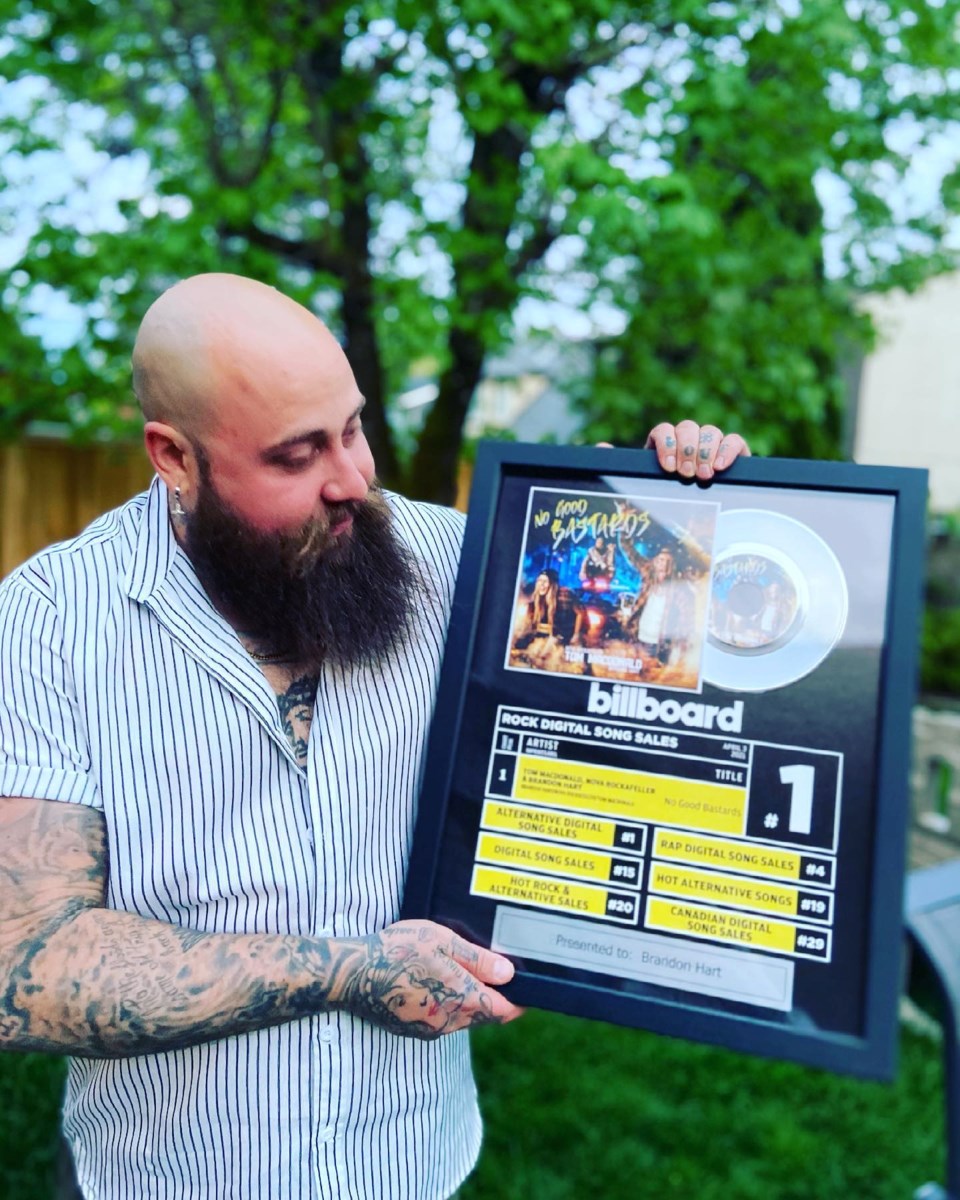 Brandon Hart receives his Billboard plaque for hitting number one on the rock song digital sales chart. By supplied

Hart released As Far As The Stars earlier this year with his best friend Tom MacDonald and Nova Rockafeller. The first single reached number one on the Billboard charts for both rock and alternative digital song sales, for the week of April 3.

Hart now lives in Vancouver, and plans to follow up with a yet-to-be-named solo album.

Though this would be the perfect time for Hart to tour and ride the wave of his recent success, he has made the most of holding online concerts for his fans. They're more of an interactive experience, and it's not uncommon for Hart to stay for more than three hours talking with fans.

"There's no way I can't play these songs for people right now," he says. "Doing these online shows has been a real blessing, and hopefully I'll be back on the road in the fall."