For the most part, Rose Prairie Romance songs are fairly literal. However, 'Take Me Away', the last track on the Fort St. John band's debut album Renovations, leaves a bit more up to interpretation.

The song features the band's light but steady groove, always propelling the song forward, and by the end of that first chorus, we don't know where Sebastiano wants to be taken to, but we know we want to go there too.

"We wrote that song in one night, it was one of the last songs we recorded for the album. [Former guitarist Ben Norris] showed up with the riff, me and [drummer Mark Bodner] started playing along, and Ryan sat on the floor and scribbled down lyrics," said Conor Okrainec, the band's bass player.

The song features a surprising and exciting harmonized guitar solo three quarters of the way in.

"Ben and Ryan love The Sheepdogs," said Okrainec. "Almost every Sheepdogs song has some sort of harmonized guitar part, so we decided to try it out and it worked great."

'Take Me Away' is one of five newer songs on Renovations that were written collectively by the band, rounded out by Dana Pedersen on keys and Daniel Smart on guitar. The other four tracks are songs Sebastiano and Norris had written and been playing forever, and that the band had made its own.

The album was a long time coming. The band formed in 2015, but had never recorded anything, and thought they should get the songs down on record before moving forward.

"We put this together in the basement of my house and garage, with inexpensive gear. We did it to A, use what we had available, and B, prove we could put together a decent album without spending $50,000. It turned out quite well," said Bodner.

The title Renovations alludes to the constant renovations Bodner was doing on his house at the time, and the paint buckets and equipment that were always lying around as the band recorded.

Rose Prairie Romance had an album release show all ready to go last April at the Lido. But the pandemic forced them to postpone, and after three months of postponements, they released the album online. The album is out on vinyl as well, with the band putting a lot of thought into sequencing, mastering, and the album as a whole. 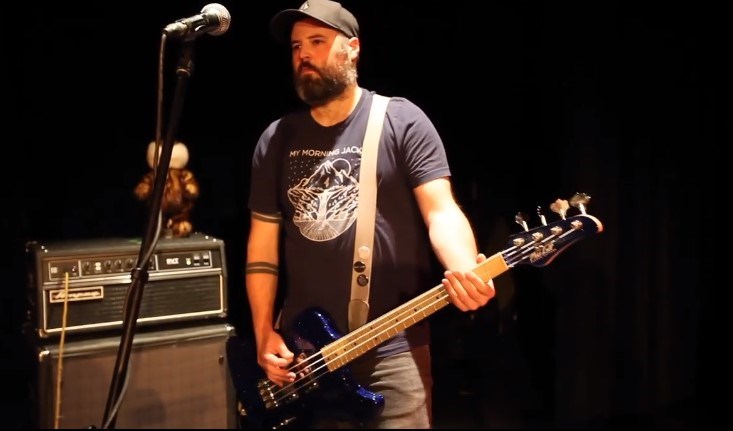 They still hope to play an album release show, whenever that might be. But mostly, they just want to play in front of a crowd.

"We're excited to get back out there. Hopefully we can play a show soon so we don't forget how to play the songs," Okrainec joked.

In the meantime, readers can enjoy a live performance recorded at the KPAC Theatre in Dawson Creek last August, as part of the "KPAC Sessions" live recording series.