Plans to build a new, 301-kilometre natural gas pipeline in the Peace Region have been granted environmental assessment approval by the province.
Jan 26, 2017 3:20 PM By: Pipeline News North Staff 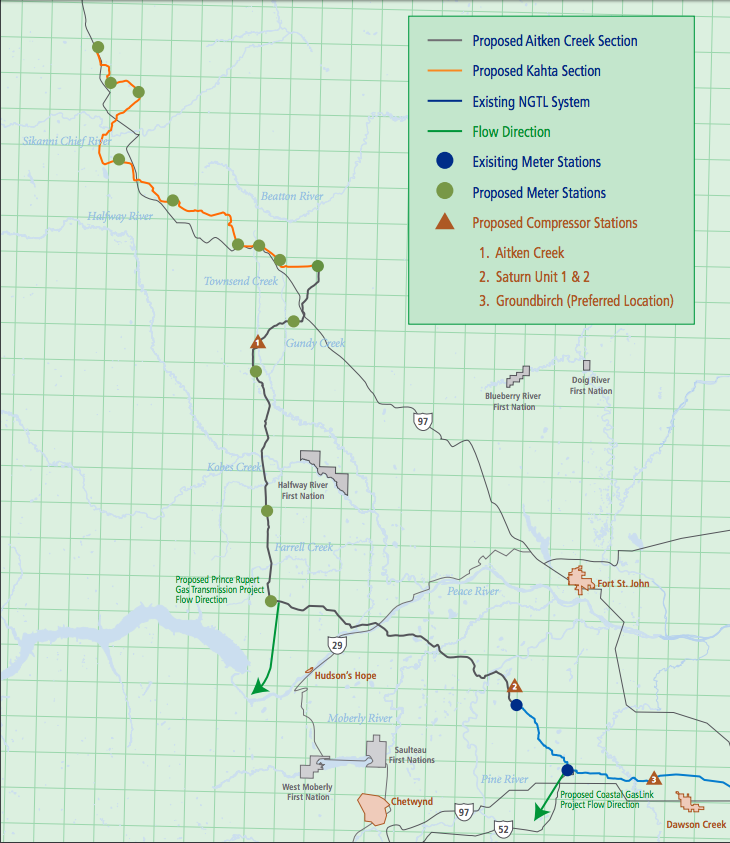 Plans to build a new, 301-kilometre natural gas pipeline in the Peace Region have been granted environmental assessment approval by the province.

"The EA Certificate includes enforceable conditions and specifies the Project design parameters. These give us confidence to conclude that the Project will be constructed and operated such that no significant adverse effects are likely to occur," the ministers wrote in a joint decision.

Canada’s National Energy Board (NEB) approved the $1.7 billion pipeline in April 2015, attaching 45 conditions to the project.

The province has added another 21 conditions it says will supplement the NEB's requirements. Those conditions include developing an access management plan with First Nations and government agencies to limit pipeline right-of-way use by motorized vehicles and predators, protect riparian zones, and ensure the proper deactivation reclamation and restoration of roads following the pipeline's construction.

The company must also prepare a habitat restoration plan with First Nation input to minimize the displacement and mortality of caribou, as well as develop a mitigation plan for the Pink Mountain area that allows for continued traditional First Nation land use in the area, among other conditions.

The North Montney Mainline—to be built by Nova Gas Transmission Ltd. (NGTL)—will be part of a network of pipelines that transports natural gas to the West Coast, where the gas would be liquefied and exported.

The project would commence from an area 100 kilometres northwest of Fort St. John and travel about 300 kilometres to connect to the Nova Gas Transmission System. This would feed into the Prince Rupert Gas Transmission Line, which will deliver gas to Pacific NorthWest LNG, as well as the proposed Coastal GasLink pipeline, which would run to Kitimat.

The project would also include construction and operation of associated metering facilities, valve sites and possible compression facilities.

A 2013 estimate put the cost of the North Montney Mainline project at about $1.7 billion, including around $876 million of construction contracts and employment benefits.

In their decision, Coleman and Polak note the project would pump more than $800 million into the provincial economy, including $8 million in property taxes to the Peace River Regional District.

Construction is expected to create up to 2,500 direct jobs. Once in service, NGTL estimates five employees will be needed to carry out operation and maintenance requirements.