China's impressive investments in renewable energy and electric vehicles have led some anti-fossil fuel activists, as well as some economists, to warn that new pipelines and LNG plants in Canada could become stranded assets.
May 23, 2019 9:57 AM By: Nelson Bennett 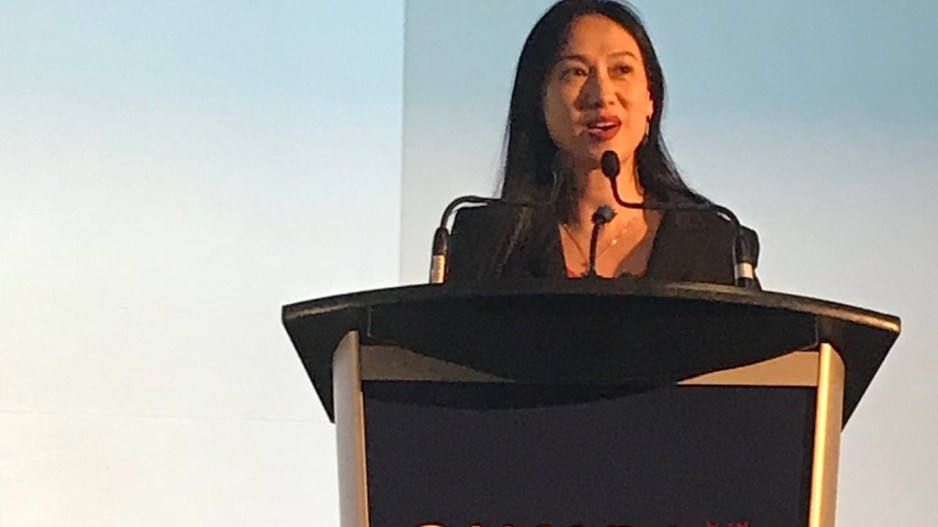 China's impressive investments in renewable energy and electric vehicles have led some anti-fossil fuel activists, as well as some economists, to warn that new pipelines and LNG plants in Canada could become stranded assets.

The fear is that China will decarbonize to such an extent that it won't need Canadian oil or natural gas.

But Yao Li, CEO of Chinese energy consulting firm SIA Energy, said May 21 at the annual Canada Gas and LNG Conference that China's demand for LNG is “almost infinite.”

China's shift from coal to natural gas to provide power will require a substantial increase in LNG imports, Li said, since only about 57% of its natural gas needs are supplied domestically.

Nor will China be able to repeat the American shale gas revolution, she said, so it will need a lot of imports of LNG.

“In China, we have a coal-to-gas switching campaign going on, which contributed to huge demand growth, as well as imports of LNG,” she said.

While LNG suppliers can expect other Asian countries, like India, to also increase their imports of LNG, it's China that represents the biggest market. China is on target to be the largest LNG importer by 2025,

“Between 2020 and 2040, over the next 20 years, we are expecting the gas market to expand by close to 40%,” said Dulles Wang, director for Wood Mackenzie. “About two-thirds of the growth, in terms of gas demand, is going to come from China.”

China currently supplies about 57% of its natural gas needs domestically and imports 43% in from LNG imports. And even for its domestic gas, there is “insufficient” pipeline capacity, Li said.

Two years ago, 60% of China's primary energy came from coal, Li said. It fell to 56% in the first quarter of 2019. Natural gas consumption rose from 6.5% of total energy consumption to 8.3% over that period.

Li estimated China's demand for LNG imports will rise from less than 40 million tonnes per annum (mtpa) to 90 mtpa by 2030.

“So don't ask me how much is demand,” Li said. “Demand is almost infinite.”

Now that Canada has a nascent LNG industry – thanks to the $40 billion LNG Canada project's sanctioning last year – the question is not whether Canada can get LNG projects approved or whether there is a demand for Canadian gas. The question now is whether other LNG proposals – such as the Kitimat LNG project – can make the project's economics work to capture market share before other LNG projects around the world do.

There are plenty of other large LNG projects poised for FIDs in the U.S., Qatar and Mozambique, and many of those projects may have advantages over Canada in terms of their economics.

The U.S. has emerged as a major LNG producer, with plants in the U.S. Gulf Coast pulling in natural gas from all corners of the U.S.

Jack Weixel, vice-president of PointLogic Energy, said his firm is expecting “record FIDs” in 2019 and 2020. All are so-called “second-wave” projects, timed to meet a demand window expected to open in 2025-2026.

“By then global demand may not be able to keep pace with this pending supply surge,” he said.