Court sides with small company in BC Hydro dispute

BC Supreme Court says utility partly to blame for delay in energy project’s completion
Jul 11, 2018 10:39 AM By: Nelson Bennett 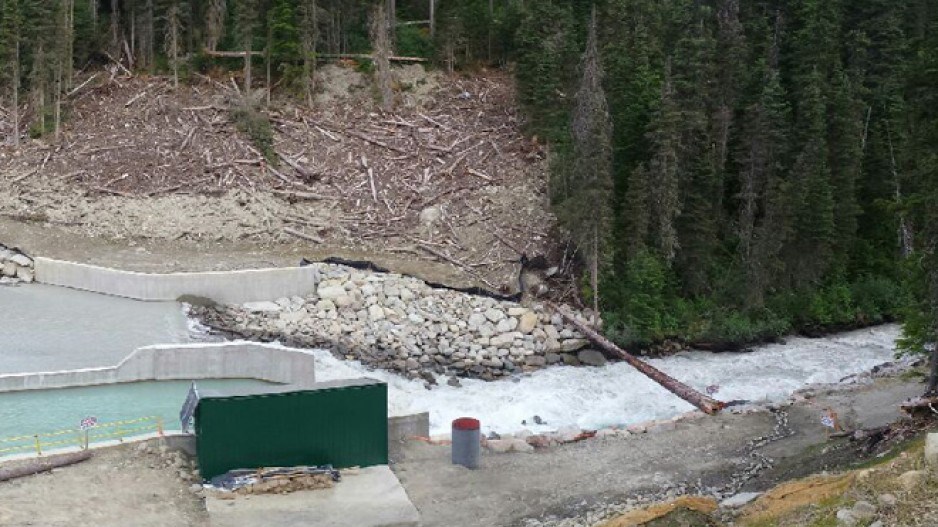 Small renewable energy projects that received electricity purchase agreements prior to approval of the Site C dam face the prospect of being cancelled.

But in at least one case, the BC Supreme Court has prevented that from happening, after ruling that BC Hydro couldn’t blame a renewable energy developer for not meeting completion date requirements when the Crown utility was itself partly responsible for the delays.

The case in point was a run-of-river project in the Whistler area that was being built by Wedgemount Power, which went bankrupt last year.

Since the project is completed, except for a grid connection, the receiver, Deloitte Restructuring, and the project’s primary lender, Industrial Alliance Insurance and Financial Services Inc., wanted assurances that it could be completed and sold.

Deloitte stated that six potential buyers were interested but that the electricity purchase agreement (EPA) with BC Hydro needed to be kept.

But the receiver was told that BC Hydro planned to cancel the EPA, on the basis that the company failed to meet a commercial operation date of September 30, 2017.

The court noted that one of the reasons the project was unable to meet its completion date was BC Hydro’s own delays.

The run-of-river project itself is complete. All that is needed is a connection to BC Hydro’s power grid. But getting a connection requires BC Hydro to complete an interconnection study, at the expense of the project proponent.

Despite taking the proponent’s money for the study – $105,000 – BC Hydro was seven months behind in delivering a draft interconnection study.

“At the time of the order, Wedgemount’s hydro generation facilities were substantially complete,” Justice Bruce Butler wrote in the May 18, 2018, decision.

“The delay in completing the interconnection facilities appears to have been caused by both parties, although a considerable amount of the fault rests with BC Hydro.”

The court also noted that the provincial government’s decision to go ahead with the Site C dam appears to have coloured BC Hydro’s decision to try to cancel the project’s EPA.

“I should note that until recently, BC Hydro ran what is described in the EPA as a ‘Standing Offer Program’ under which it agreed to purchase power from independent power producers from run-of-river hydro power generation facilities.

“However, its policy has changed, perhaps in part because of the Site C dam development. In any event, on October 6, 2017, BC Hydro advised the Receiver, for the first time, that it did not need the power that would be produced by the project.”

The Wedgemount Power run-of-river project is one of 26 small renewable energy projects – wind, run-of-river, biomass and solar – that were approved under BC Hydro’s standing-offer program (SOP) and received electricity purchase agreements. Another 14 are in the queue but do not have EPAs.

Jae Mather, executive director for Clean Energy BC, said other projects that have received EPAs could also be vulnerable to cancellation by BC Hydro. In some cases, they may simply run out of money.

“Those are all projects that could potentially be in a similar position,” Mather said. “That project up in Whistler was about 99% done. And the same with all the projects in the accepted SOP list or queue that are between 95% and 99% done. So there are a lot of projects that are at that last stage.”

Mather said an average project on the SOP list would cost $3 million per megawatt to develop.

“So you can think in that list there’s almost $400 million worth of projects that are sitting in limbo at various different stages,” Mather said. “And some of those projects can’t stay in limbo.”

Mather said the recent court ruling on the Wedgemount Power project underscores a chronic problem that appears to be unique to B.C.: undue costs and delays in getting interconnection studies done.

It’s not just a problem for renewable energy projects. Any large industrial user, such as a new mine, must spend a couple of years getting interconnection studies done, and another two getting it built, Mather said.

BC Hydro won’t discuss the Wedgemount issue, saying it’s still before the courts.

David Craig, executive director for the Commercial Energy Consumers Association, defends BC Hydro, saying interconnection studies are time consuming because the power utility needs to consider impacts on the grid, and on ratepayers.

“It’s not a push-a-button type of process,” he said, “and if they don’t do that, they put the entire system at risk.”

He added that, if BC Hydro’s load forecasts are correct, and if all the small power projects approved under the SOP get built, the oversupply of power could cost B.C. up to $2.5 billion, so some rationalization of the program is warranted.