David Keane, head of the BC LNG Alliance, has been appointed president of Woodfibre LNG. Woodfibre LNG, which is a liquefied natural gas plant being developed in Squamish by Indonesia’s Pacific Oil & Gas Ltd.
Aug 21, 2018 5:38 PM By: Nelson Bennett 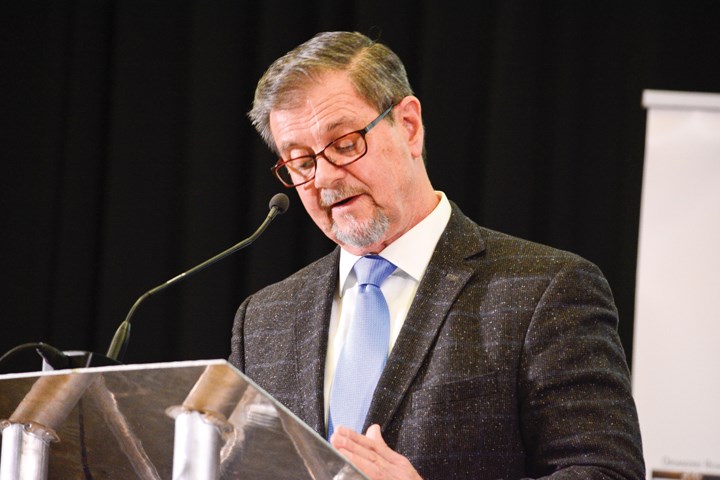 David Keane, head of the BC LNG Alliance, has been appointed president of Woodfibre LNG.

Woodfibre LNG, which is a liquefied natural gas plant being developed in Squamish by Indonesia’s Pacific Oil & Gas Ltd., briefly had a president in 2015, but has not had one since. Keane will be the company's first permanent president. Currently, the Canadian project’s most senior executive in Canada is Byng Giraud, the project’s company manager and vice president of corporate affairs.

"Byng has done an outstanding job of getting the project to where it is currently," Keane told Business in Vancouver. "I think this does in fact demonstrate the seriousness of Pacific Oil and Gas and Woodfibre LNG of moving forward with the project."

Keane will remain CEO of the BC LNG Alliance until the end of September before assuming his new position at Woodfibre.

“Mr. Keane’s unique understanding of what it takes to establish an LNG export industry in Canada, along with his international energy industry experience will help make this goal a reality,” Pacific Oil & Gas president Ratnesh Bedi said in a press release.

Keane has served as CEO of the BC LNG Alliance for the last four years. Prior to that, he was vice president of policy and corporate affairs for BG Group.

More than a dozen LNG projects had been proposed for B.C. But to date, the only two that are moving forward are Woodfibre LNG and the $40 billion LNG Canada project in Kitimat.

The Woodfibre LNG is based in Squamish. The capital cost of the project is estimated at $1.4 billion to $1.8 billion, and would employ 650 workers at peak construction.

Work has begun on the removal of pilings and other infrastructure of an old pulp mill in Howe Sound where the new LNG plant will be built.