From the dish pit to the Socialhouse

Businessman Darcy Dober has come a long way since his first restaurant gig as a teenager. Now, he’s getting ready to launch his third Browns Socialhouse, opening soon in Fort St. John
Apr 14, 2016 8:30 AM By: Bronwyn Scott 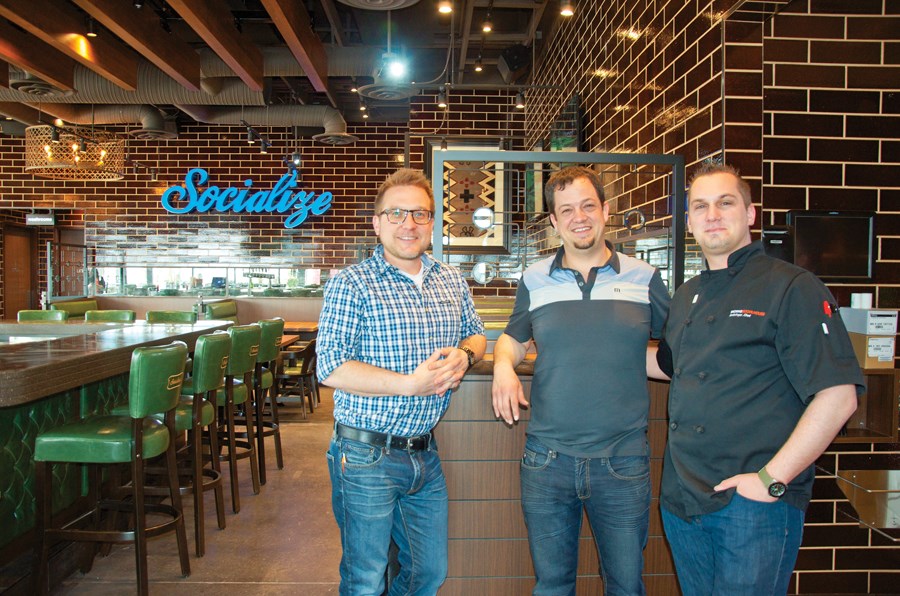 The lights are up, the seating’s installed and the décor is on the walls of Fort St. John’s newest restaurant, Browns Socialhouse, set to open later this month.

While the Browns experience will be new for many Fort St. John residents, owner Darcy Dober, born and raised in the Peace Region, is well seasoned in the art of launching Browns franchises.

Dober also owns the Dawson Creek and Grande Prairie locations, which opened their doors five and two years ago, respectively.

Now he’s turned his sights to Fort St. John, a city he’s no stranger to.

“I’m born and raised in the Peace country, and I’ve pretty much lived here my whole life,” Dober told the Alaska Highway News.

Dober, who has a culinary background, has been in the industry for over 20 years, and got his start like many entry level workers in the restaurant business do: in the dish pit.

He was 15 at the time, and would spend three years in the Boston Pizza kitchen before venturing forth and applying his skills elsewhere.

“I worked hard to get to where I am today. I don’t have any family money, it’s all just sweat and what I’ve earned.”

For those who haven’t spent any time in a Browns, one key difference, which Dober was keen to point out, is the food quality, and the fact that everything they make is prepared fresh.

“Every dressing, every sauce is made from scratch in-house, all of our proteins come in fresh,” he said.

“Our chicken has never been frozen before ... our beef, our burger patties are made in house with 100 per cent beef so there’s no additives, no preservatives.”

Even the fries are cut in-house, Dober said.

“We have a very small freezer, and it’s just for stuff that we have to get frozen, but pretty much 95 per cent of our food is fresh made in house. Any of our proteins, if they’re not organic, they’re as close to organic as possible, so (our meat) is not chemically fed, or steroids, or any of that.”

Dober has already hired more than 80 employees, who started their training this week. Dober is looking to hire another 10 people.

While Dober is reluctant to name an opening date, he told the Alaska Highway Newsit’ll be within the next three weeks —“We’ll be open in April for sure, but it’ll be closer to the end,” he said.