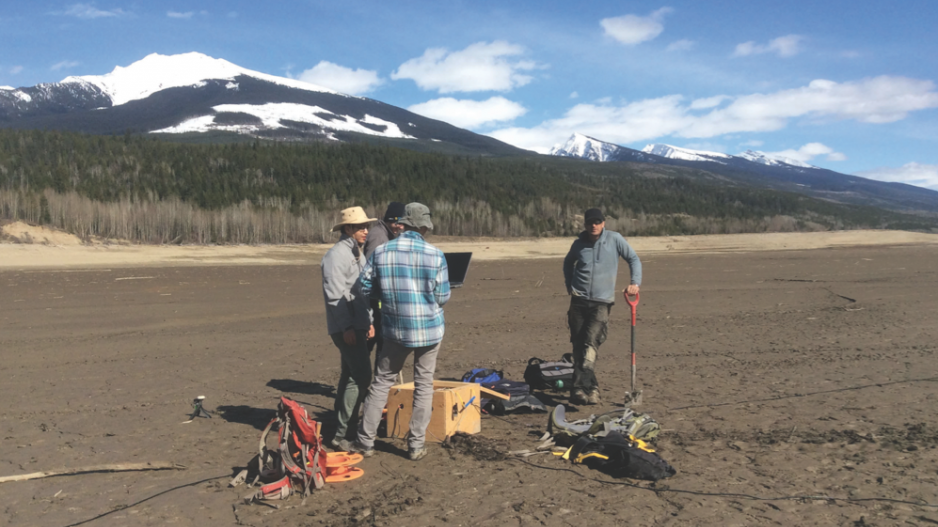 Borealis exploration team in the field near Valemount. Submitted Photo

The BC Oil and Gas Commission has issued its first-ever permit for a geothermal energy project.

The permit authorizes drilling on four prospective geothermal wells that Borealis GeoPower hopes to develop into a small pilot geothermal project near Valemount. It was the first permit issued under the Geothermal Resources Act.

The pilot project has enjoyed unanimous support by the NDP, Liberals and Greens.

Borealis is hoping to develop the geothermal energy project just outside of Mount Robson Provincial Park.

Now that the company has its permits in hand, Borealis CEO Alison Thompson said she expected drilling to begin "within days."

The first phase of the project would not actually be geothermal energy production, but a hotsprings that the Valemount Geothermal Society hopes to develop.

Situated as it is on the Pacific Ring of Fire, B.C. has good geothermal energy potential. In areas with volcanic activity, magma from the earth’s core can rise close to the surface, heating aquifers to temperatures of 200 C. When tapped, the water can be hot enough to drive steam turbines to produce power.

However, past attempts to develop geothermal energy in B.C. has proven too expensive, due to the high cost of exploration. Millions can be spent drilling test wells only to determine that the wells do not have the necessary geological properties.

However, recent developments in binary-cycle plants, which can draw power from reservoirs that are cooler than those used for other types of geothermal plants, may improve the energy-generating potential of geothermal wells.

Though more expensive to develop than wind or solar power, geothermal energy has one advantage – once in production it provides firm, around-the clock energy, whereas wind and solar are intermittent.

It also has co-generation potential. Hot water can be used both to drive turbines to produce electricity, and the heat can be tapped to heat buildings or greenhouses.