Encana Corp., one of Canada’s largest oil and gas companies and the largest player in B.C.’s Montey formation, is relocating its headquarters to the U.S.
Oct 31, 2019 2:39 PM By: Nelson Bennett 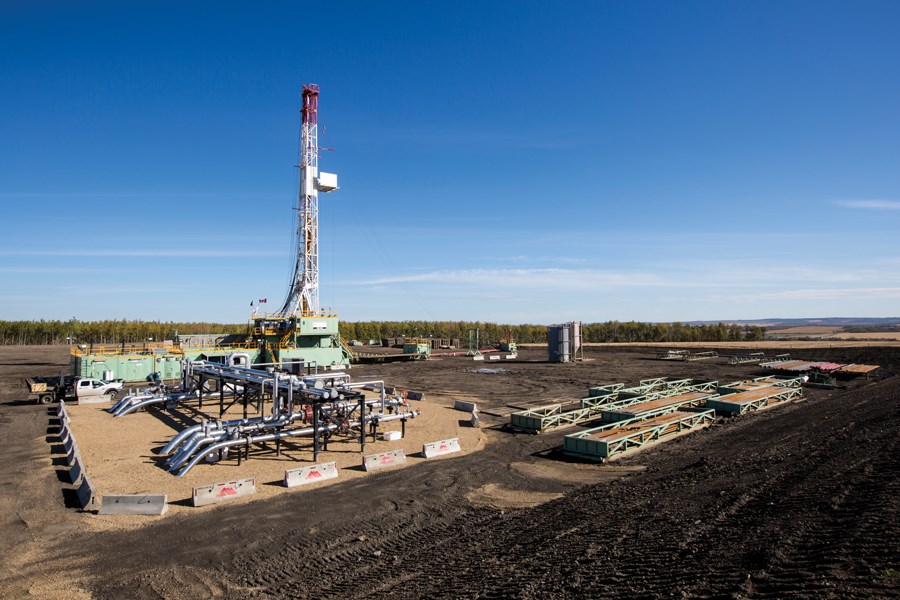 An Encana drilling rig in the Montney.Copyright © Encana Corporation. All rights reserved.

Encana Corp., one of Canada’s largest oil and gas companies and the largest player in B.C.’s Montey formation, is relocating its headquarters to the U.S.

Encana announced this morning it is changing its name to Ovintiv, and relocating its headquarters to the U.S., where it sees better opportunities to attract capital.

“A domicile in the United States will expose our company to increasingly larger pools of investment in U.S. index funds and passively managed accounts, as well as better align us with our U.S. peers,” the company said in a news release.

“The change in corporate domicile will not change how we run our day-to-day activities.”

Alberta Energy Minister Sonya Savage blamed the move on “harmful policies in Canada” for the company’s decision to relocate to the U.S.

“It is no coincidence that today’s news is being announced after the federal election,” she said.

Over the past couple of years, oil and gas majors have divested from Canada, and Canadian companies, like Encana, have increasingly moved investment south as well. A number of smaller oil drilling companies have also left Canada for the U.S.

A number of business groups have blamed the Trudeau government for policies that has resulted in a flight of capital from Canada, especially from Alberta’s oil sands.

According to a C.D. Howe Institute report, $100 billion worth of energy projects were killed, cancelled or stalled in a two-year period under the Trudeau government, although a $40 billion LNG project did get approved in B.C., and companies like Teck Resources continue to push forward with plans to develop Alberta oil sands projects. And after years of inertia, the Trans Mountain pipeline expansion appears to be finally moving forward.

One of the first orders of business for the Trudeau, upon being elected in 2015, was to kill the Northern Gateway pipeline project, sending a general chill through the oil and gas sector.

The cancellation of the Energy East pipeline was likewise blamed, at least in part, on changes to the environmental review process (requiring upstream greenhouse gas estimates to be part of the review), although the resurrection of the Keystone XL pipeline project also played a role in the decision by TC Energy Corp. to drop the Energy East project.

The Trudeau government also added two pieces of legislation viewed to be negative for Alberta’s oil and gas industry: a moratorium on oil tankers on B.C.’s north coast and a new environmental act that industry in general believes will make it harder to get projects approved in Canada.

Even the former CEO of the one major energy project that has succeeded in moving forward – the $40 billion LNG Canada project – has expressed concern about Canada’s inability to get things done.

“As a relatively recent arrival to Canada, I am worried about this country’s future,” former LNG Canada CEO Andy Calitz said in a speech in Prince George on January 22. “B.C. and Canada are resource rich, but at the moment, those resources are having a very difficult time getting to market.”

Encana’s headquarter move is not expected to have any immediate impact on its Canadian holdings. The company continues to hold major positions in Alberta and B.C.

Encana is the single largest producer of natural gas and liquids in B.C. Montney formation.