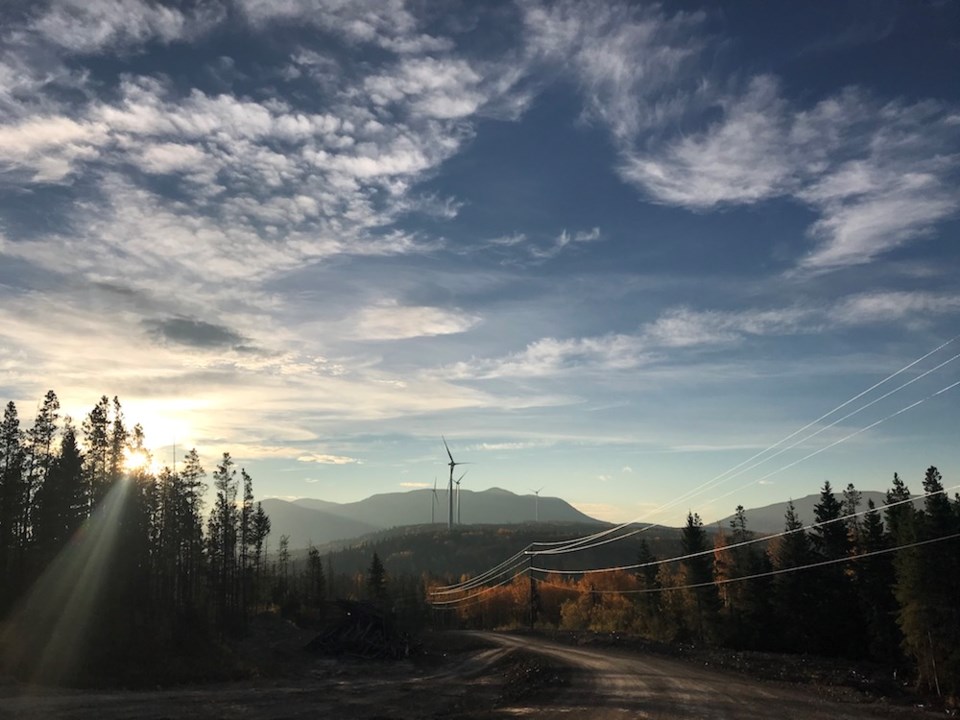 The project, south of Chetwynd, consists of four turbines with a capacity of 15MW, enough energy to power 5,800 homes.

“The Zonnebeke project exemplifies the truly clean renewable energy the world needs to move forward,” said West Moberly Chief Roland Willson in a release. “It is through business partnerships and relationships like this that First Nations can and will develop true sustainable opportunities which in-turn enable the Nations to grow and prosper.”

“Working with Chief Willson and his colleagues has been a fantastic experience,” said John Brereton, President at Natural Forces. “We are very grateful to have been part of this project that will generate clean, emission-free electricity in British Columbia and deliver economic prosperity to our partners at West Moberly First Nations.”

West Moberly and Natural Forces signed an Electricity Purchase Agreement with BC Hydro in July 2019 for the sale of energy generated from the project.

“We’re pleased the Zonnebeke Energy Project will add to BC Hydro’s clean, renewable electricity supply and help to power thousands of homes in B.C.,” said BC Hydro President and CEO Chris O’Riley. “We are committed to building and maintaining meaningful relationships with Indigenous groups, including the West Moberly First Nations, and this project is an example of that.”