The economy of Northern B.C. will remain stable through 2019 thanks to oil and gas developments and construction of the Site C dam, but challenges remain for the region's struggling forestry sector, according to an economic report of the region.
Jan 23, 2019 1:43 PM By: Alaska Highway News Staff 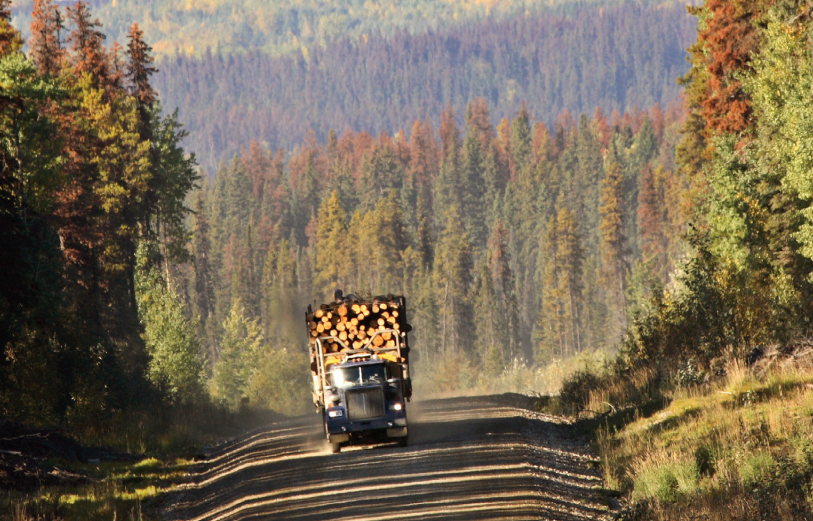 In Northern B.C., declining forestry production in the face of strong demand is primarily a reflection of declining timber supply, , according to the 2018 State of the North report.

The economy of Northern B.C. will remain stable through 2019 thanks to oil and gas developments and construction of the Site C dam, but challenges remain for the region's struggling forestry sector, according to an economic report of the region.

The Northern Development Initiative Trust released its second annual State of the North report on Wednesday, January 23, offering a snapshot on the health of the agriculture, forestry, energy, and tourism industries, as well as the North's four development regions.

"This report truly highlights that while much of the economic growth in British Columbia is centered in the southern portion of the province, the north is continuing to make economic strides," NDIT CEO Joel McKay said in a statement.

"Signiﬁcant infrastructure projects such as the Site C dam, highway upgrades, the construction of a propane export terminal, among others, have helped to oﬀ set declines in natural resource industries and will serve to grow our Northern B.C. economy."

Northern B.C. has been buoyed by improved oil and gas market conditions in 2017 and 2018, according to the report, making note of the LNG Canada, the Coastal GasLink pipeline, and the AltaGas propane expert terminal developments.

There's an estimated $36 billion in major projects across the region, mostly focused in the Northwest ($18.6 billion) and Northeast ($17.1 billion) regions, and most of that tied to energy infrastructure.

Unemployment rates in Northern B.C. have been trending lower, down from an average of 6.6% to 6% year-over-year, and the declines are expected to continue with LNG Canada construction, the report notes.

The forestry industry, however, has been burned by a combination of wildfires and the Mountain Pine Beetle epidemic, which has wiped out millions of hectares of timber supply. The sector continues to struggle with export tariffs to the United States.

"Looking forward, reduced timber supply will place continued downward pressure on this sector and force some forestry companies to rationalize their operations, which could mean shutdowns, further job loss and community impacts in the coming years," the report states.

Meanwhile, softwood lumber production in the region dropped by 3% in 2017 and continued to decline in the first half of 2018.

Allowable annual cuts continue to be reduced in line with historic levels as salvage efforts decline, and caribou habitat recovery and protection is expected to affect timber supply, the report notes.

The report notes Chetwynd and Tumbler Ridge have been lifted by a bump in steel-making prices over the last two years, which has also boosted export activity at the Ridley Terminals in Prince Rupert.

"Increases in prices for metallurgic coal, copper, zinc and other commodities suggest that the outlook for mining is also improving," the report states.

The report notes the value of residential building permits were up across the North in the first eight months of 2018, as were the number of housing starts.

"Trends in residential building permits and housing starts suggest that the economic outlook for Northern B.C. is improving and higher levels of economic activity are expected," the report states.

The report was completed with the help of MNP consultants.

Read the report in full below: