Investment in Canada’s oil and gas sector is down considerably, but every few months a handful of new major projects are announced.
Jun 18, 2018 5:27 PM By: Deborah Jaremko 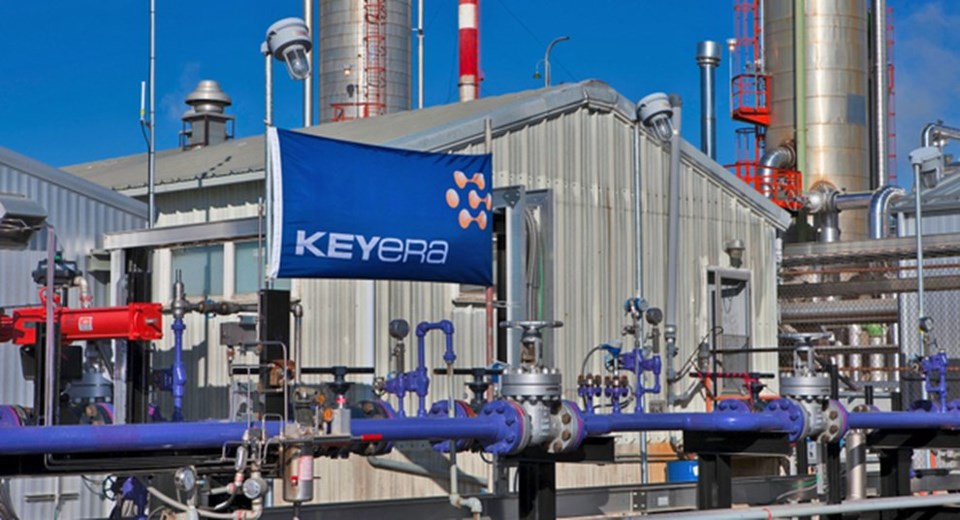 Investment in Canada’s oil and gas sector is down considerably, but every few months a handful of new major projects are announced.

Here’s a look at five new projects that have been announced since January 2018. This is in addition to our list of new projects underway from December 2017.

Privately held junior Osum Oil Sands Corp. announced in January it would proceed with work at the Orion SAGD project to increase production capacity, planning to double its volumes by the end of 2019.

Orion, which Osum purchased from Shell in 2014 for $325 million, currently produces about 9,000 bbls/d and is the company’s sole operating asset. It is located near Cold Lake, Alta.

“We are on a clear path to double production by the end of 2019, moving us closer to our goal of producing 20,000 bbls/d at Orion,” Osum CEO Steve Spence said in a statement.

Fresh off what GMP FirstEnergy described as an “outstanding” fourth quarter, in February Pembina Pipeline Corporation announced it will spend approximately $120 million on construction of new fractionation and terminalling facilities at its Empress extraction plant, located north of Medicine Hat.

The new facilities, which are expected to be in service in 2020, will add approximately 30,000 bbls/d of propane-plus fractionation capacity to the company’s Empress East NGL system.

“These facilities will provide the company with increased NGL volumes and market optionality, as well as enhanced propane supply access which could further support the company’s Prince Rupert export terminal and proposed propane dehydrogenation and polypropylene facility,” Pembina said in its fourth quarter 2017 investor report.

Pembina Pipeline announced in May that will build a new expansion of its Peace pipeline system to accommodate growth in the Montney and Deep Basin resource plays.

The company says it continues to receive strong customer demand for its transportation services, which has resulted in a significant and ongoing build-out of its pipeline systems.

The company is also currently progressing construction of its Phase IV and Phase V expansions to further build out and debottleneck this capacity. These projects are to be placed into service in late 2018.

The latest expansion, Phase VI, includes: upgrades at Gordondale, Alberta; a 16-inch pipeline from LaGlace to Wapiti, Alberta and associated pump station upgrades; and a 20-inch pipeline from Kakwa to Lator, Alberta. The approximately $280 million Phase VI expansion is anticipated to be in service in early 2020, subject to environmental and regulatory approval.

Pembina say it is continuing to secure long-term contracts on its Peace and Northern Pipeline systems and currently expects peak firm volume commitments will reach approximately 830,000 bbls/d in 2019.

In May, MEG Energy disclosed that work is underway on a new expansion of its Christina Lake in situ oilsands project in northern Alberta.

The company is using cash injected from the February sale of its interest in the Access Pipeline and Stonefell Terminal to fund the 13,000 bbl/d project, known as the Phase 2B Brownfield Expansion.

Combined with a 20,000 bbl/d technology-based operations optimization program at Christina Lake that is currently underway, the $275 million Brownfield Expansion is expected to increase MEG’s production to 113,000 bbls/d in 2020, up from 93,207 bbls/d in the first quarter of 2018.

The company is not concerned about market access for the increased oil production volumes, since it already has capacity contracted for the growth on the Flanagan South and Seaway Pipelines from the U.S. Midwest to the Gulf Coast refining hub.

Keyera Corp. said in May that it is proceeding with phase two of its Wapiti Gas Plant near Grande Prairie, Alta., in the liquids-rich Montney play.

The project, which has an estimated cost of approximately $150 million, will add 150 million cubic feet per day of sour gas processing to the plant, which is currently under construction.

Keyera is also expanding the two gathering systems that will deliver volumes to the plant, supported by commitments from its two primary customers, Paramount Resources and Pipestone Oil Corp.

“With the volume commitments we are seeing, it is evident that producers continue to have confidence in this region as one of the most economic developments in the Western Canada Sedimentary Basin,” CEO David Smith said in a statement. The project is expected to be complete in mid-2020.

The 150-mmcf/d expansion, which will increase total capacity to 450 mmcf/d from 300 mmcf/d, is expected to be completed late in 2019 for approximately $85 million.

A number of other projects are underway at Simonette to enhance the operation of the facility and meet the growing needs of Montney and Duvernay producers in the area, the company says.