TCL gets its hands on North America’s biggest boom picker

Trans Carrier Limited has a new toy it's proud to show off. About a week ago, the company came into possession of a Cormach 230-tonne articulating crane on a Kenworth C500 chassis.
Oct 22, 2015 10:20 AM By: Bronwyn Scott 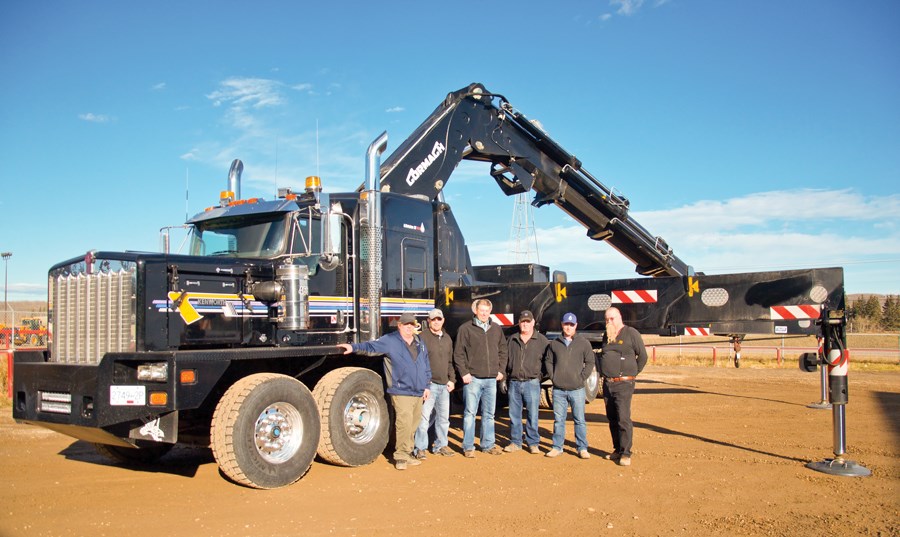 Trans Carrier Limited has a new toy it's proud to show off.

About a week ago, the company came into possession of a Cormach 230-tonne articulating crane on a Kenworth C500 chassis.

It’s the largest articulating crane in North America and  good for “lifting anything that needs to be lifted,” said Hill.

As an articulating crane, it has a knuckle midway for enhanced maneuverability.

Outside of its outriggers, which are the supporting legs that wing out to keep the unit stable, it can lift 70,000 pounds, Hill explained.

While the new unit to the TCL fleet gives the company a leg up over its competition, it’s not clear yet how much it will be used to its full ability.

“It’ll get a lot of use. I mean obviously the need for something this big isn’t that common,” Hill said.

“We’re a little unsure if it’ll get used to its full capacity all the time . . . but it’s good to be the company that has it when it is needed.“

For General Manager Tyler Kosick, it was a smart purchase.

“Potentially, the outlook of the industry in our area is relatively promising, and a lot of the items that are coming in are heavier, and they have further setback distances that we have to reach to,” he said.

“This unit, it’ll handle a greater weight at a further distance for us.”

TCL bought the custom made unit, built in 2013, second hand out of central Alberta.

“To replace this unit and build it nowadays with all the exchange rates and the inflation, we figure it would be around $1 million to $1.1 million,” Kosick told the Alaska Highway News.

Operators of the machine have to be specially trained. TCL has three staffers who can use it.