The Gitxaala and Kitsumkalum First Nations have reached new LNG benefits agreements with the B.C. government.
Apr 1, 2019 11:06 AM By: Alaska Highway News Staff 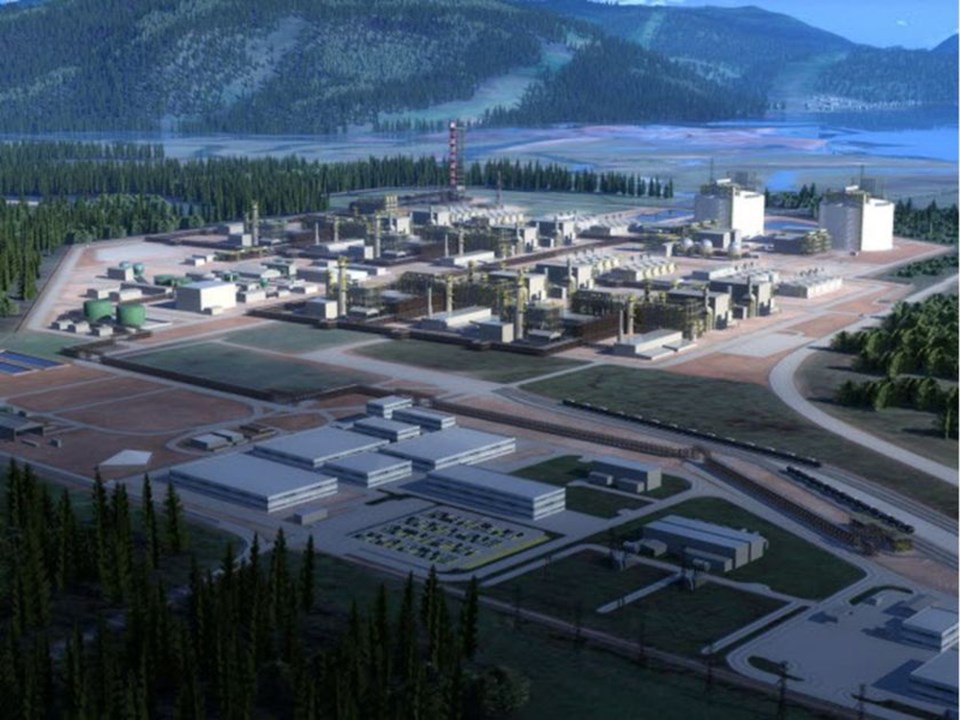 Rendering of the northwest side of the proposed LNG Canada liquefaction plant and export terminal in Kitimat.

The Gitxaala and Kitsumkalum First Nations have reached new LNG benefits agreements with the B.C. government.

The Coastal Fund Agreement and LNG Benefits Agreements provide comprehensive and sustainable funding to both the Gitxaala and Kitsumkalum for the life of the LNG Canada project, ensuring they will benefit from training, jobs, updated infrastructure, business opportunities, and the increased revenue and growth that the project will bring, the government said.

The LNG Benefits Agreement will provide initial funding to assist the nations in preparing for and managing LNG development.

The Coastal Fund Agreement will provide an annual base payment plus incremental project funding that reflects the volume of LNG that is being produced.

The total annual payment once the facility is in operation is anticipated to be in the range of $750,000 for the Kitsumkalum, and between $600,000 to $800,000 for the Gitxaala, though this will vary depending on the volume of LNG that is shipped.

“These are truly legacy partnership agreements for our children’s children who are yet to be born. A lot of hard work and effort has taken place by our members and the hereditary table to ensure community well-being,” said Gitxaala Chief Cliff White.

“The agreements demonstrate how Gitxaala and the province can partner together to ensure a brighter future. We appreciate the efforts of government officials who have worked closely with Gitxaala to build these important legacies.”