Heidi McKillop knows what it’s like to have the facts change your mind about oil and gas development, and she’s hoping her new documentary will help do the same for others.
Jun 24, 2019 11:34 AM By: Deborah Jaremko 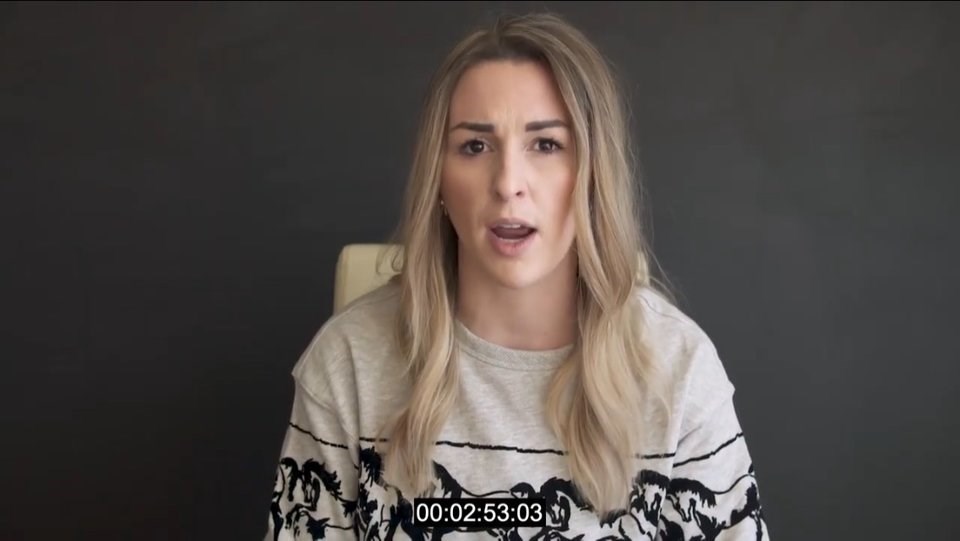 Filmmaker Heidi McKillop in a screenshot from A Stranded Nation.

Heidi McKillop knows what it’s like to have the facts change your mind about oil and gas development, and she’s hoping her new documentary will help do the same for others.

The New Brunswick-born social work grad turned surface land administrator and now filmmaker has just released "A Stranded Nation", a feature-length documentary that addresses the key issues around Canadian oil and gas development and explores the interconnections between oil and gas and everyday life.

McKillop’s goal is for people across Canada, particularly young people, to be better informed about oil and gas. As a student at St. Thomas University in Fredericton, she supported the province implementing a ban on fracking, but says that she was not properly informed.

“I didn’t believe that you could balance both business and environmental standards. I also thought that the oil and gas industry was irrelevant and was being phased out of Canada,” she says in the film.

“During the recession I actually lost my job and I became a full-time waitress at Joey Eau Claire," McKillop said.

"Basically what happened was I realized there was so much information out there that was misrepresented on oil and gas, so essentially I started thinking, ‘Well, what can I do? What would be something that people would actually be interested in?’ And I was actually watching Leonardo DiCaprio’s documentary and I was like, ‘I’m going to make a documentary.’ Quite literally one day I woke up and decided to do it."

McKillop says she chose the documentary format because she knows from her own circle it is an effective way to reach young people “who don’t like politics or don’t necessarily care.”

She didn’t have any filmmaking experience and taught herself the language of filming and editing using resources online. She also paid for the whole thing.

The lead camera operator, editor, and drone pilot on the project is Calgary photographer Arden Shipley.

McKillop says her full time job at the popular restaurant in downtown Calgary helped her make the connections to put together the interviews for the documentary.

“Everyone started from me serving a table at Joey’s, every single person,” she said.

“Our overall message is that Canada is not an environmental laggard, it’s not dirty oil, that Alberta’s concerns should be heard and that we need to start working together cross-provincially.”

The Lido Theatre will host two screenings of the film on June 27, at 11:30 a.m. and again at 6 p.m. Call the theatre for more details.