Conservation officers say 'leave it to the professionals' after B.C. man scolds lynx by the scruff 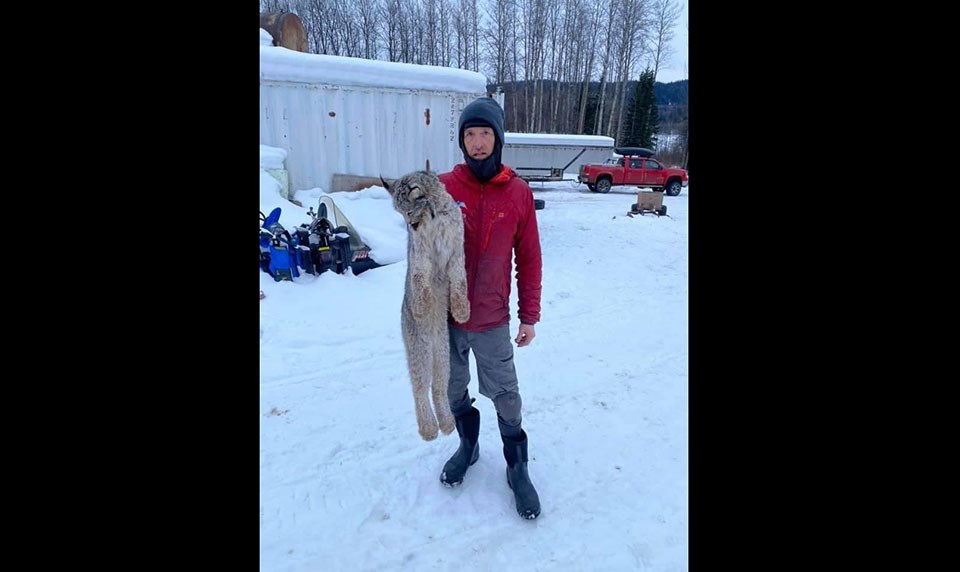 Northern B.C. resident Chris Paulson photographs himself with a lynx that killed some of his chickens after grabbing it by the scruff of the neck.Facebook/Rachelle van Zanten

Experts are asking the public to let them deal with potentially dangerous wildlife after a viral video showed a northern B.C. man picking up a lynx by the scruff.

The province’s Conservation Officer Service (BCCOS) says, after conducting an investigation, no enforcement action was taken.

The lynx made headlines this week because it killed some chickens belonging to Chris Paulson, a farmer in the Burns Lake area. Paulson filmed himself while lecturing the animal and walking it back to the scene of the crime.

He posted the video to Facebook on Sunday night (Feb. 19). However, the post was removed a few days later.

Robert Leblanc, BCCOS Bulkley Valley Zone A/Sergeant, says while human encounters with lynx are rare, it’s recommended to not handle one by the scruff.

“This could have ended much different,” Leblanc explained to PrinceGeorgeMatters.

“Attempting to capture wildlife and being in possession of wildlife are offences under the BC Wildlife Act. Lynx are fascinating animals, they are resilient and opportunistic hunters.”

After filming the video, and taking a couple of selfies, Paulson let the lynx go and even took pity on it by giving it the two chickens it killed for food.

For any future encounters like this one, calling conservation officers is the simple choice, Leblanc said.

Leblanc added advice to prevent problematic wildlife, as well as tips to better secure chickens, were provided to Paulson.

In an interview with CBC News on Monday (Feb. 22), Paulson explained this wasn’t the first time he’s dealt with wildlife encroaching on his farm.

A few weeks before the lynx, he said an owl took about six chickens from the coop.