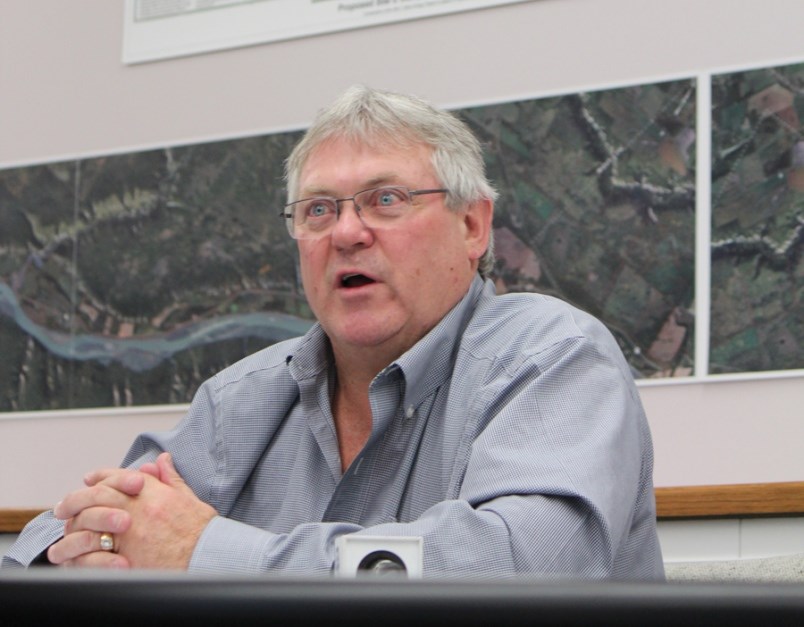 Pimm's entering into a peace bond is not an admission of guilt, his lawyer says.

Pat Pimm has agreed to enter a peace bond, bringing to an end legal proceedings on a charge of assault laid against the Peace River North MLA last summer.

On Feb. 27, Pimm appeared in court in Dawson Creek to formally sign the peace bond.

Under the bond's conditions, Pimm is to keep the peace and be of good behaviour and refrain from contact with the complainant, whose identity is protected by a publication ban.

Agreeing to a peace bond is not an admission of guilt, said Greg Cranston, Pimm's lawyer. The bond is set to last eight months, during which time Pimm could forfeit $500 if he breaks any conditions.

Pimm declined to comment on the incident to judge Richard Blaskovits, or outside the courtroom following the decision. He wore a dark suit with no tie, and was accompanied in court by his daughter.

Pimm was involved in an altercation at the Dawson Creek rodeo grounds Aug. 13, 2016, during the annual exhibition and stampede. A third-party witnessed the altercation and contacted police.

Despite the end to formal proceedings, a publication ban remains in place preventing media from reporting details that could identify the complainant, special prosecutor Michael Klein said.

Pimm stepped down from the B.C. Liberal caucus shortly after the incident, citing an "allegation" that required him to obtain legal counsel.

Cranston, who returned as Pimm's legal counsel following a medical issue, said Pimm was unfairly "removed" from caucus with a significant loss in pension.

"They made it clear to him that he really wasn't a favoured member of the legislature anymore," Cranston said of the B.C. Liberal party.

Pimm announced he would not seek reelection in Nov. 2015. A spokesperson for the B.C. Liberals declined to comment on Pimm's future with the party.