Baby bunnies being found living in cars in Richmond

Rabbitats has been called to help with a number of incidents where families of rabbits are thought to be taking refuge in the undercarriage of vehicles
Mar 26, 2021 11:16 AM By: Alan Campbell 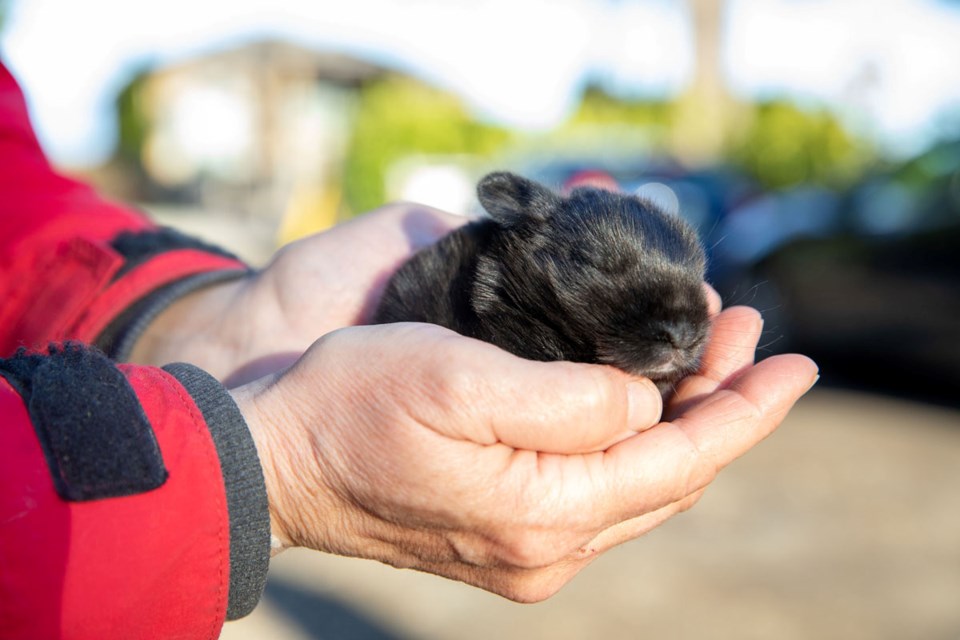 A Richmond-based rabbit charity is asking drivers to check under the cars before taking off.

Rabbitats has been hearing several reports recently of families of bunnies – many of them newborns – seeking refuge in the undercarriage of vehicles in the city.

No one is quite sure how they are getting in there, but it’s the only logical answer, according to Rabbitats, given that so many baby bunnies are being found on driveways.

The latest discovery was on Thursday at Chelsea Road, near Blundell and No. 2 roads, where an entire family of rabbits were rescued.

One of the heroes of the day was Jonny So, of Jonny’s Towing, who has offered a couple of times to come out and hoist the vehicles so the rabbits could be rescued.

“(A) little guy (or girl) was found on a driveway in Richmond. His parents seemed to be around but no sign of a nest,” according to Rabbitats’ Facebook post.

“Given that they were seen under a car in the driveway, it's possible there's a nest in the undercarriage.

“The car hasn't moved in over a week and this baby is probably a week old. Considering s/he was lying on the driveway all night and is still relatively healthy, mom probably at least fed the little tyke.”

Rabbitats’ Sorelle Saidman told the Richmond News that two of the babies found in the driveway were found dead.

“Please be aware that moms are giving birth in vehicles and babies are climbing into the undercarriages often these days,” said Saidman.

“The rabbits are being transported to other places and hopping out when the vehicle stops, too, and that is causing more rabbits to be found in areas where there weren't rabbits before. RIP babies. Hopefully the survivor will be okay.”

According to Rabbitats, car dealerships have also been discovering bunnies hiding in their show vehicles on their lots, with damage being caused by chewed wires.

There have also been reports of people throwing rabbits from moving cars when, in fact, the rabbits are jumping out from underneath as the cars slow down, according to Rabbitats.

Rabbitats said that, unlike cats, the rabbits are not inclined to leave when the driver pounds on the hood, so the best way to determine the presence of rabbits is to watch for them hopping under the vehicle and disappearing.