A mother and daughter’s bodybuilding bond

When Cenia Bock stepped off the stage at the 2018 Northern Classic Naturals bodybuilding competition, the first thing her daughter Faith said to her was, “Mom, I want to do this with you next year.
Jul 31, 2019 9:00 AM By: Dillon Giancola 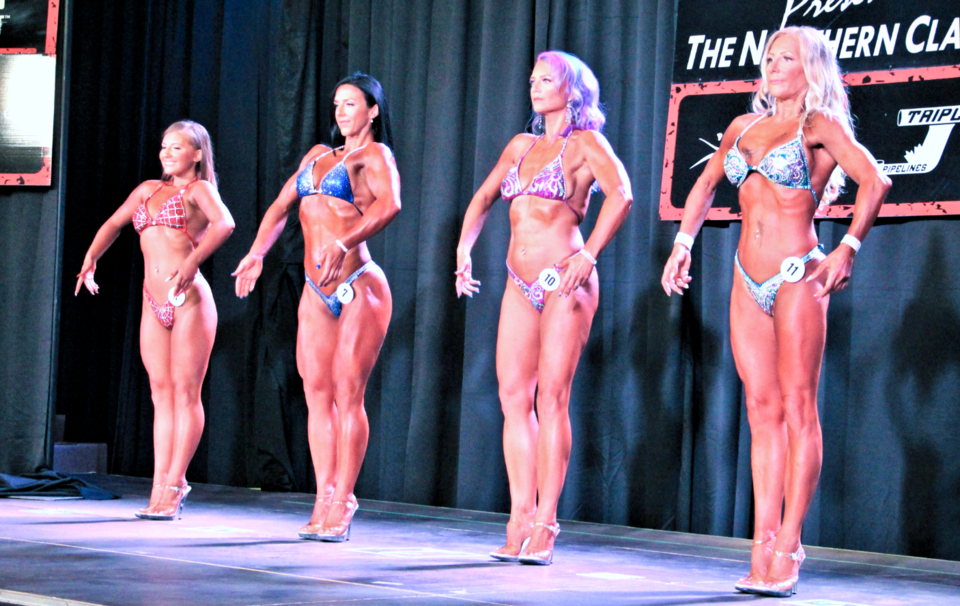 When Cenia Bock stepped off the stage at the 2018 Northern Classic Naturals bodybuilding competition, the first thing her daughter Faith said to her was, “Mom, I want to do this with you next year.”

For Cenia, that meant she had no choice in her eyes but to train and compete for another year; for Faith, it meant doing something brand new, and competing at the CPA minimum and rare age of 14.

“I saw mom do it and she looked so happy on stage. I want to feel that way too,” said Faith.

It’s safe to say they made the right decision, as Faith came first in three classes at the 2019 Northern Classic Naturals, July 20, and third in the women’s figure novice class. The first-place finisher in that class? Faith’s 55-year-old mother Cenia.

“It was so great to see her beating much older and bigger women, and being on stage together with her, I can’t express how overwhelming that was,” said Cenia. “She’ll probably beat me next year.”

Faith was impressed with herself.

“I think I did a pretty darn good job. I couldn’t stop smiling when I was posing for the figure portion of the competition. It was really fun,” she said.

Not that it was easy. Bodybuilding is serious work, and Faith and Cenia began training in September. Faith’s trainer Jeni Briscoe is the creator of the Northern Classic and had Faith eat five to six meals a day, along with working out daily.

“It was really hard. I was working part time also so I would go from school to the gym to work and get home at 10:30 every night. I wasn’t able to just eat whatever I wanted and hang out like my friends were doing,” Faith said.

In Briscoe’s eyes, training Faith wasn’t hard at all.

“Faith is really easy to train. If I told her to eat something she did, and I was fortunate that she was a good student. I am so proud of her and Cenia,” said Briscoe.

However, not everyone was as supportive of Faith’s quest as Cenia and Briscoe. Ironically, the reason was because they thought Cenia was starving Faith so she would look like she did.

“People think I wasn’t feeding her but it’s the exact opposite. You’d be surprised how much we have to eat to be able to put on the muscle. People would ask me how I could do this to her at such a young age, but what am I doing to her? This is a positive thing,” Cenia said.

“This promotes a healthy life style, and teaches them at a young age how to eat healthy. Faith will eat clean for the rest of her life,” Briscoe said.

Faith says competing and training has helped her in more ways than just competing.

“I was a lazy kid, I still am. My friends didn’t think I’d be able to do this and that it didn’t match my personality, but I’ve really enjoyed it. The gym is like my second family,” said Faith.

Going forward, the two plan to keep training and competing, and hope to see more parent-child teams, and younger boys and girls compete.

“I challenge some of the moms out there to do it alongside their daughters. There’s not many sports where parents can compete with their child. I’m 55, if I can do it, younger moms can definitely do it,” said Cenia.

Faith is already ready for next year, and has matching bikinis picked out for her and her mom.

I like everything about it, it’s just really fun. It’s a stress reliever when you have a bad day, you get to relax with your friends and family at the gym,” said Faith.