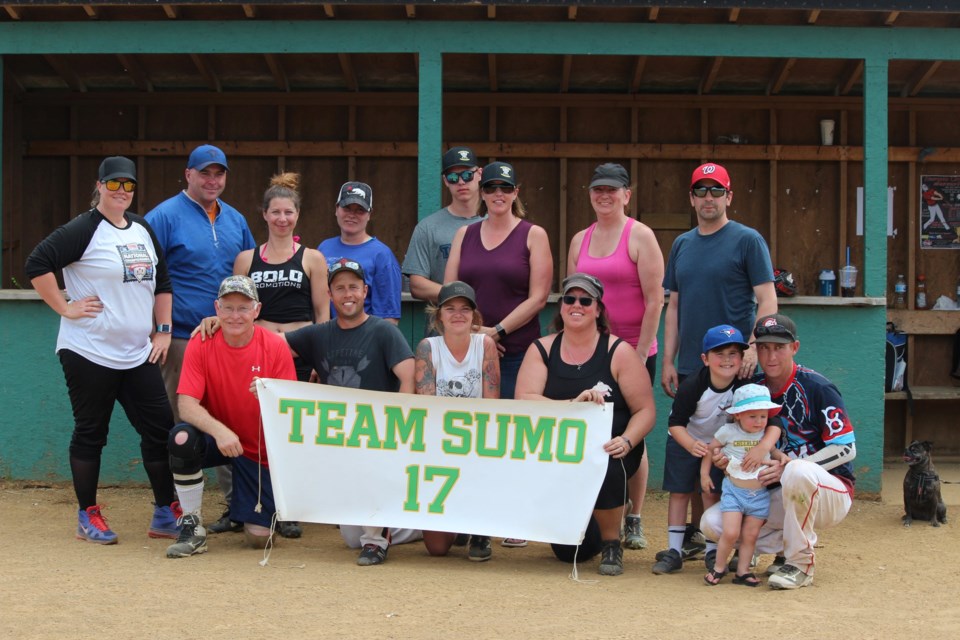 A tradition like no other will soon be coming to an end. Organizers have decided to postpone this year's Arnie Isberg Memorial 1-Pitch Tournament until 2022, and said next year's tournament will be the last one.

"We wanted to cap it around 10 years. We've done a lot for the cause, and have raised a lot of money for the (Fort St. John Hospital Foundation's) cancer treatment fund. With me no longer living in Fort St. John, and the organizers having other aspirations, this felt like a good time to move on," said Vern Isberg. Isberg started the tournament in 2012 in memory of his brother Arnie, who died of cancer in 2011.

The tournament has raised more than $120,000 for the Hospital Foundation over nine years, according to organizer Kerri Laurin.

Last year's tournament was postponed as well, with a luminary ceremony held in its place. It brought in $3,000, but was cut short due to heavy rain. Laurin said they wanted to have a tournament this year, but didn't want to have it without the ability to camp, to hang out at the beer gardens, and enjoy the camaraderie that has made the event such an enjoyable time.

Isberg said he originally started the tournament to raise some money, have fun, and do something in remembrance of Arnie. He never imagined the event would turn into something much bigger.

"My brother Arnie was a really great man who would have been so proud of this tournament and I know he would have been even prouder to know that his legacy has made a huge difference in so many lives," Isberg said in a Facebook post.

Laurin has played in the tournament since year one, in 2011. Her brother, Dan Ruttan, died of cancer a week before the tournament, and she and her friends made the last-minute decision to play in memory of him. From there, Laurin remained heavily involved, taking over the main organizing responsibilities when Isberg moved to Red Deer.

"I'm sad we're not having it this year, but I believe there will be a great turnout next year. It's always such a great get-together," Laurin said.

The tournament started out with eight teams, eventually growing to 24 teams, where it was capped at each year. Isberg said it was one of three tournament's he's aware of that has a waiting list, which currently has 13 teams waiting to be included the minute another team can no longer participate.

One constant of the tournament has been the three winning teams donating their winnings back to the cause. Isberg remembers someone from his own team — which won that year's tournament — informing him they decided to donate the money back.

"I was blown away by it. That's not something ball-players normally do," he said. "It snowballed from there, and became a tradition each year. That first year was pretty touching and heartfelt."

If anyone is interested, Laurin and Isberg are willing to pass off the reins, under the name Strike Out Cancer. Laurin would help run the tournament with whoever wants to step up and continue the tradition.

"We'd like to someone with fresh ideas take it over, but continue with the basic concept of what it's always meant to be," Laurin said.