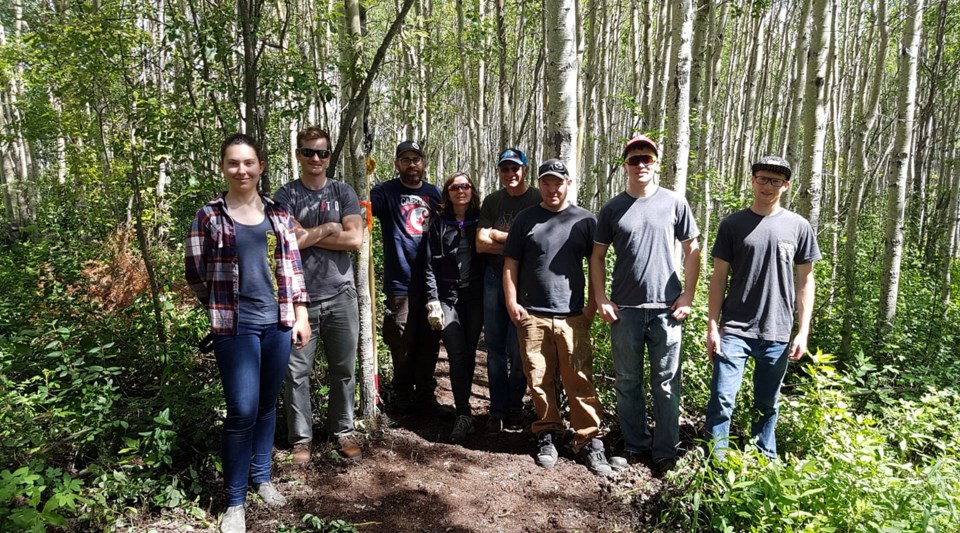 A group of volunteers starting work on a new section of trail back in 2018. The trails have come a long way since then,supplied

When the Blizzard Bicycle Club and other local volunteers first began work in 2017 on a new single-track trail network in Beatton Park, they didn't know how long it would take, or how many volunteer hours would be needed along the way.

Fast forward to this year, the club completed clearing work on a seven-kilometre stretch in June, giving the public 18 kilometres of rideable trails more than four years after work began.

"When looking at volunteers, it takes a lot more time than one would think, and there's a certain standard the trails need to be at, which takes time," said Dan Webster, president of the Blizzard Bike Club.

The trails wouldn't be what they are today without the volunteers. Along the way, many different Blizzard members have helped out, as have members of the Fort St. John Mountain Bike Club.

"Pat Ferris, Gary and Darlene Hilderman, and Ben Dawson are some of the key people who have dedicated a lot of their weekends to working on the trails, as well as Terry Mitchell, Sam Keats, and many others" said Webster.

For the last two summers, as well as 2018, the BC Wildfire crew stationed in Fort St. John — known as the Rhino Crew — has also put in a week's worth of hours a summer to work on brush clearing and chain saw work. 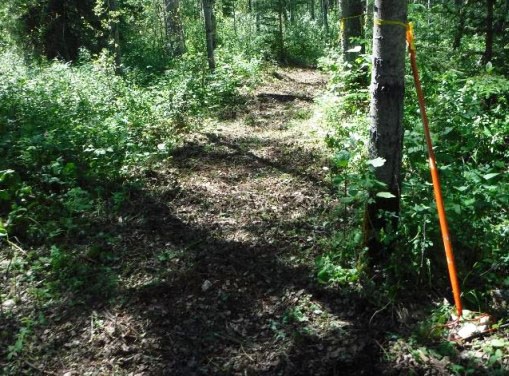 "The crew likes to work on community projects when they have down time from fighting fires. It gives them a chance to train on the chain saw, and they really helped with a lot of the clearing," Webster said.

"There are limitations on what we can do with volunteers. We need the proper accreditation with BC Parks to have someone use a chain saw and that can be expensive for a club like ours, so to have the Rhinos was a huge help."

It's the best of both worlds for the Rhinos — they get to help out in the community while keeping their skills sharp, says crew member Taylor Stuart.

"Anytime we have a break from wildfires, we take the time to contribute to the community and any non-profits we can. Working on the trails works really well for training to fight wildfires," said Stuart. "The park is a great place for people to recreate. We love going out there, bringing our families, it's one of the best places in the area to explore nature."

After building and using trails at a number of other locations for years, the Blizzards returned to Beatton in 2016. A partnership agreement with BC Parks, where the club could work on trails under BC Parks insurance, came into effect that year, and work on designing and building the network began in 2017.

A lot of work goes into clearing and forming new trails, and the first 11 kilometres were made up of old snowshoe tracks and existing trails that had grown over.

Webster said the club puts in a work plan to BC Parks each year. Wildlife and bird assessments are done to show the trails won't harm the animals, and local companies volunteered their time to do the assessments. 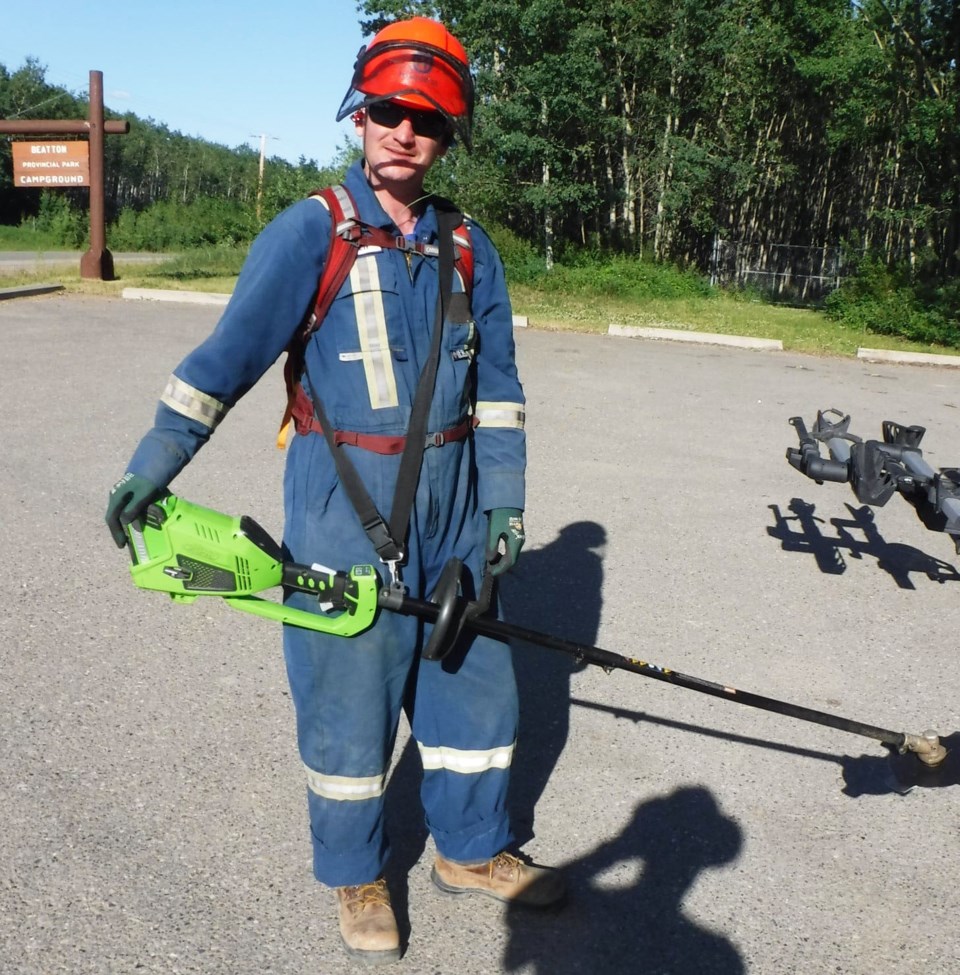 Ben Dawson gets suited up for a work bee at the Beatton Trails, July 6, 2021. By Dan Webster

Though the trails are completed, the work is never quite done. Webster said signs and maps still have to be put up for the newest section of trail, and maintenance work, including mowing and weed whacking, is needed annually.

There are a lot of trails to be explored at Beatton right now, by bike, snowshoe, skis, or by foot, and there's always the potential for more.

"What's been really cool is seeing just how many people are using these trails. They are two metres wide, a real nature experience. The cross-country trails are great but quite wide, like a road, whereas the mountain bike trails are narrow and wind through the trees," Webster said. "We see families using them all the time, going for walks or running the trails."