Bo Hedges ready to represent Canada at Parapan Am Games

Since 2007, Bo Hedges has won just about everything there is to win on the wheelchair basketball scene.
Aug 7, 2015 3:45 PM By: Byron Hackett 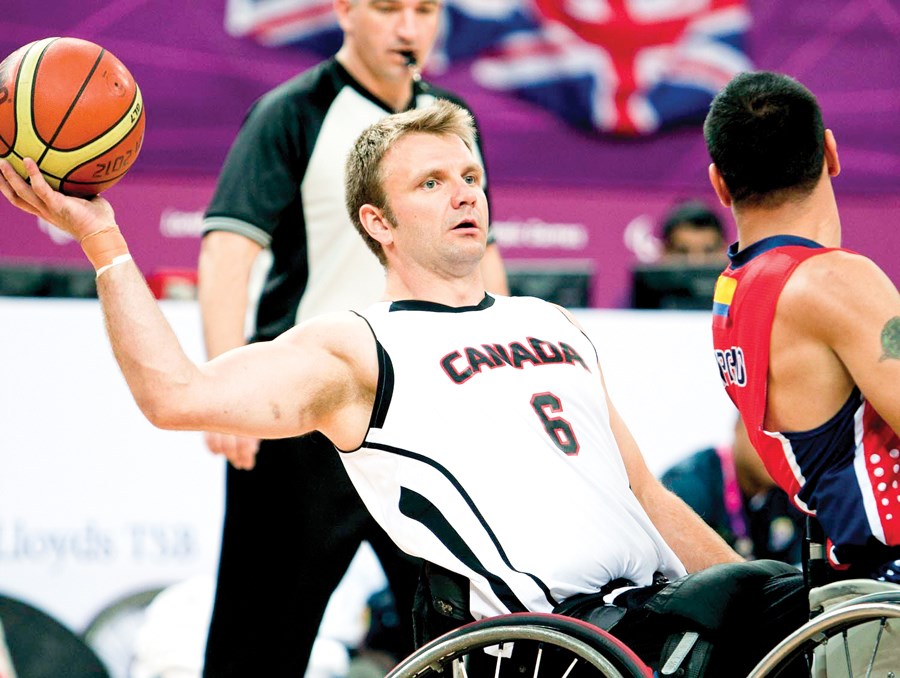 Wonowon native Bo Hedges, 35, will play for Team Canada in the 2015 Parapan Am Games in Toronto starting on Saturday with a game against Argentina.

Since 2007, Bo Hedges has won just about everything there is to win on the wheelchair basketball scene.

He may have a medal from almost every major international tournament, the Paralympics and Parapan Am Games in that time, yet the 35-year-old Wonowon, B.C. native has found a new motivation in 2015: win on home soil.

Hedges will have that chance starting Saturday in Toronto playing for Team Canada in wheelchair basketball at the 2015 Parapan Am Games.

“Just stepping on the court with family and friends and all the Canadians out there in in the stands and also watching online and on TV,” he said. “The opportunity to showcase the sport a little bit and show what wheelchair basketball is all about and how exciting and fast-paced it is going to be very cool.”

Not only is the event in Toronto a chance to showcase the sport to the country, it also represents another goal for the Team Canada captain, a chance to qualify for the 2016 Olympics in Rio de Janeiro.

“My goal is to go to another Paralympic Games, so it’s not just showing the sport off, but it’s playing it well and winning games and getting to where we want to go,” he said.

Going in to the Parapan Am Games, Canada had fallen out of the top ten in the world rankings, but Hedges still believes one of the two qualifying spots available for the 2016 games in Rio should be within reach.

“With Canada doing so well historically in wheelchair basketball, there is expectations on us to be in the final game and to represent our country well,” he said. “[but] It’s going to be highly competitive, it’s not a guarantee that we qualify.”

Canada will have to top the U.S., Argentina, Mexico and Colombia in order to punch their ticket to Rio and with six new members joining the team since the 2012 Paralympics in London, they will have to rely on more than history if they hope to defend Paralympic gold next summer.

“We have six returning guys from London, the rest of the guys are basically rookies on the team with this being their first major tournament,” Hedges said. “Veterans are learning to play with them and they are learning how to play with us and we are all becoming a unit and that’s very important for us to play as a twelve man group.”

Hedges hopes he can draw on his immense international experience to help bring the young Canadian squad through the Parapan Am Games in Toronto, a task that will be tough considering most players are probably only used to playing in front of 50 or so family members and friends.

“It’s definitely going to be a positive experience for me and the team. Normally in Canada you play a game of wheelchair basketball there are a few family members and maybe a few friends, a few of the other teammates would have that and there are 50 people in the stands,” he said.

“You are going to have even more family and friends, but you are also just going to have people that just want to watch that don’t know a lot about wheelchair basketball coming out.

“So that will be cool in itself because of the excitement within all of that. The excitement and the crowd and so being able to have that support behind you and knowing its their will definitely help us and motivate us to do well.”

Hedges thinks he will have around 30 family members and friends cheering him on at the games, and when Canada kicks off wheelchair basketball action on Saturday against Argentina, you can be sure that the whole country will be pulling for the red and white.