City to meet with soccer club to discuss field issues 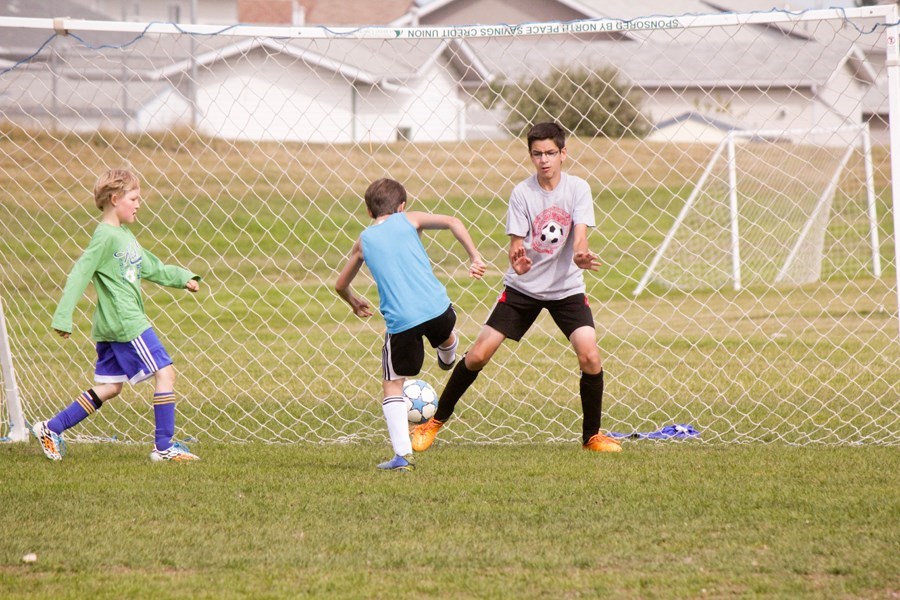 The motion comes after Club President Darren Snider sent a charged letter to council last week about deteriorating field conditions, and the city's inaction in addressing the club's concerns.

"I would like to make the motion that we direct staff to meet with the Fort St John soccer club as early as possible to discus potential solutions ... and timelines," said Coun. Gord Klassen. "I know they don't want short term solutions, but maybe that's what we have to go with right now to make it workable."

Snider's letter points out the fields suffer from poor contouring and drainage that leave the fields filled with water in the spring, and dust and gravel throughout the season.

“I ask you, City Council as an example, would you ever allow the ice in the Pomeroy Sports Center to fall into disrepair to the point where Fort St. John Minor Hockey says they can no longer use it? I will answer it for you. NO! This would never happen,” wrote Snider.

“Council would find the money to repair an ice rink no matter what. It would NEVER sit unfit for use year after year. City Council would absolutely move the earth to repair and get the ice open again.”

Coun. Byron Stewart said the letter is spot on, and that he feels the responsibility to address the club's concerns.

"It is something we've ignored," Stewart said. "We've made decisions around those soccer fields, they haven't been redeveloped, they were put together in a poor shape to start with. I think it's something we need to discuss and consider."

Surerus Park is currently slated for redevelopment, including the shifting of several soccer fields and ball diamonds, in 2023, similar to the work currently being done for Kin Park this year.

In his letter, Snider raised concerns that council rushed to replace a broken ice chiller at the curling rink last fall. That emergency fix, at a cost of $78,172 cost, wasn't in the budget, Snider noted.