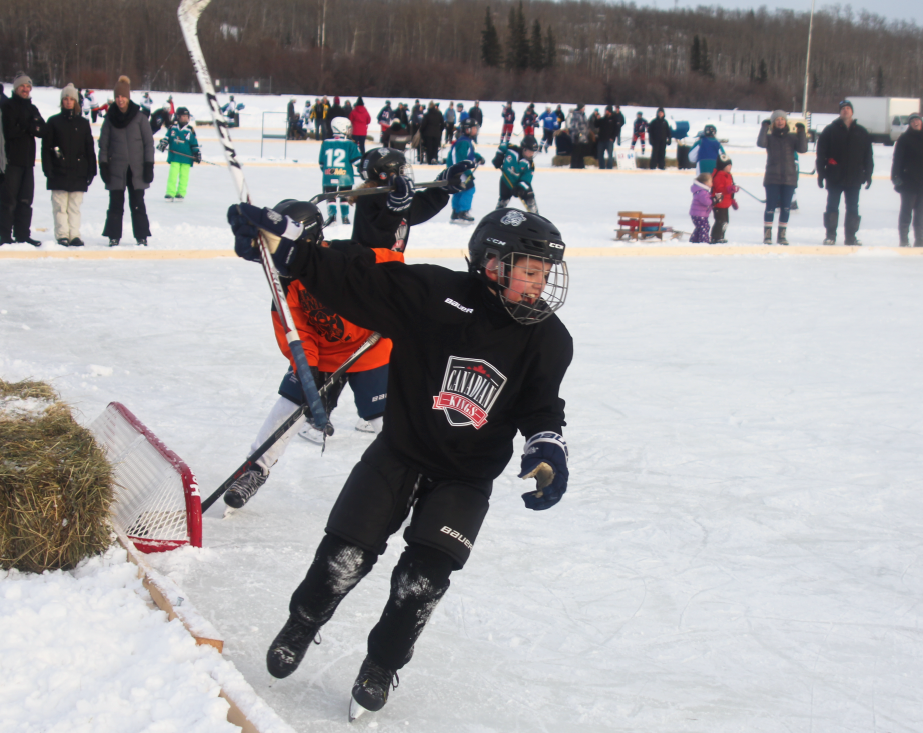 A player of the Canadian Kings atom team celebrates after scoring a goal during the Sid Davis Memorial Youth Pond Hockey Challenge on Feb. 25.Dillon Giancola

Registration has opened for the 2019 Crystal Cup and Sid Davis Memorial.

Registration packages for the Crystal Cup can be found at Ernie’s Sports Experts in the Totem Mall, and at Hard Edge Sports in the Pomeroy Sports Centre for the Sid Davis Memorial.

Up to 100 teams will head to Charlie Lake Feb. 22 to 24 for the eighth annual Crystal Cup and the second annual Sid Davis Memorial Youth Pond Hockey Challenge.

There will be 32 team spots available for the Crystal Cup, with another 10 for the Women's Sapphire Cup and 10 for the Coal (40+) Cup.

There will be 10 spots available for each of the six kids age groups for the Sid Davis Memorial as well.

Registration is open until Tuesday, February 12.

The Ace Holes won the Crystal Cup open event for the third year in a row in 2018. The Rapid Relics were the Coal Cup champs, while the Bar Mat Brews won the women’s division, the Sapphire Cup.

For the Sid Davis Memorial, Pond Crushers won the pre-novice/novice championship. In the atom division, the Ugly Pucklings won the gold medal game.

For more information on this year's event, including fees and waivers, go to thecrystalcup.ca.