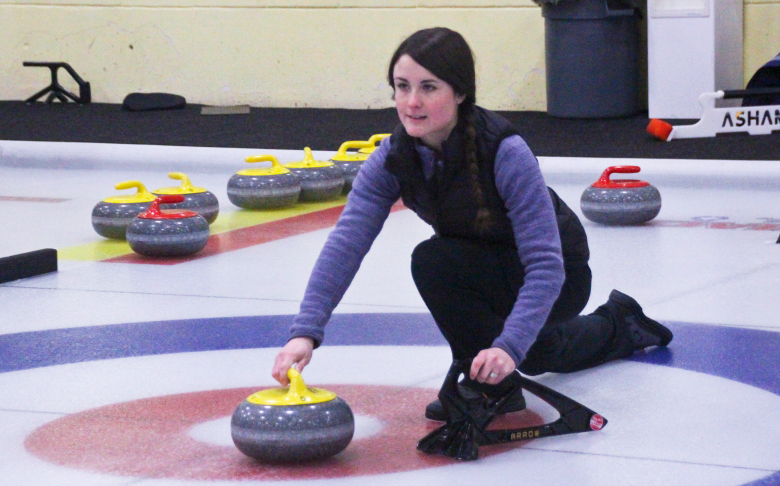 With the strange and bizarre 2020-21 season in the rear view, the Fort St. John Curling Club is ready to look ahead.

At the AGM in February, Kent Evenson was elected president, replacing long-time club member and supporter Connie Richter, who stepped in two years ago to help the club get through a rough patch.

“Connie has been a part of the club for a really long time, and we want to thank her for the impact she’s had on the club and everything she’s done,” Evenson.

With a new president, two new board members, and a new club manager in place, the executive is poised to tackle the challenges it faces with optimism and excitement.

Evenson said the membership stayed steady this year, despite there being no season, as most members were willing to return and play if games started up.

With that, a brand new ice chiller that hasn’t been used, and a solid partnership with the Fort St. John Soccer Club that enables the ice to be full each night with just four sheets, things are looking up.

“The partnership really helped us keep the doors open for next year, and we are focused on having the ice used every night,” said Evenson.

The club will be starting more youth programs, and is pushing to start a doubles league, to increase the amount of curling taking place each week.

Plus, Evenson said, they should get a boost of new members and players when people can finally curl again.

“It’s the first time I’ve missed a full year of curling in my life. There are some really die-hard curlers in our club, and I’m excited for when we can all finally play again.”

Evenson said there are some exciting, new curling events being planned for next season, though he couldn’t announce any details right now.

As PHO restrictions evolve and it becomes more clear what people can expect from a curling season in the fall, the Fort St. John Curling Club will start unveiling a plan to take things to the next level.