Virtual provincials a first for the tournament and for Edge athletes
Mar 19, 2021 4:23 PM By: Dillon Giancola 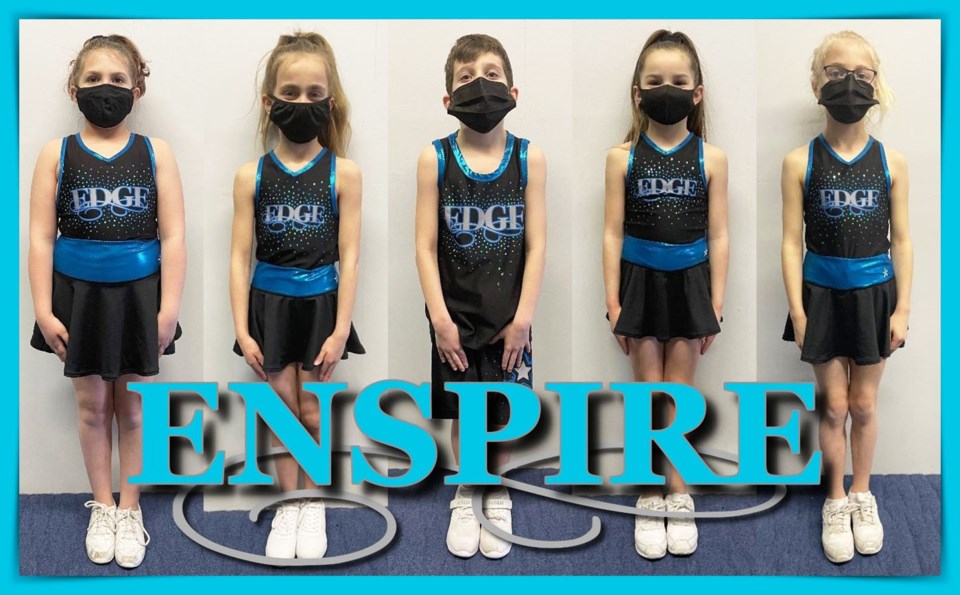 Fort St. John is home to a provincial champion cheer team after the Energetic Edge Enspire team finished first in tumbling at the 2021 BC Sport Cheer Provincials on March 7.

Enspire were one of three Energetic Edge teams to compete in the virtual provincials, a first for the tournament and for the Edge athletes.

"Enspire did really well, they have been working very hard and have come a long way this year with their skills. We're all very proud of them," said coach Christina Brace.

The Elevate team won the silver in dance, and fourth in both jumping and tumbling.

The 12-person Empower team took third in dance, fifth in jumping, and sixth in tumbling.

Due to the pandemic, cheer teams aren't able to perform stunting this year, which means none of the fancy lifts and impressive towers that cheer teams are known for. It was hard for the Edge to practice for the virtual competition, as athletes are required to remain 10 feet apart when practicing, but the teams persevered and found a way to do their best when the time came.

BC Sport Cheer collected all the pre-recorded performances, and presented them via livestream like a normal competition, with each team watching their performance.

Both the experience of a virtual competition and the high finishes are big for the Edge as they prepare for the Sunshine Cup virtual cheer competition in May.