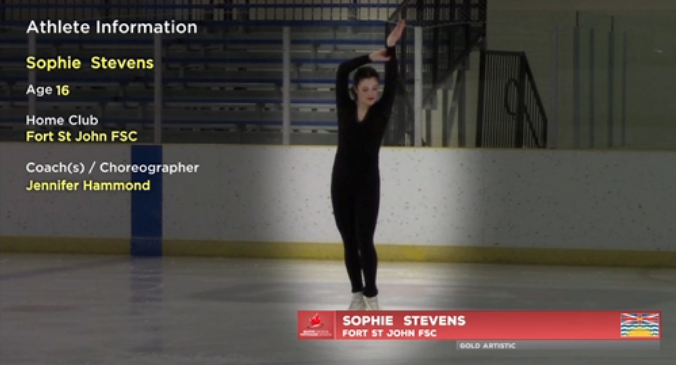 In a year where skaters could only practice and not travel to competitions, the athletes were able to record their performances and send them in to Skate Canada for the virtual competition.

Though it's not the same as having a live, in-person competition, the unique format did have many of the same aspects as the regular one would. Though the skaters recorded their performances in February, the judges scored the performances live, which were packaged together based on category, and the skaters and coaches found out their results while watching live as well.

"All our skaters watched. I was texting back and forth with some of them as we watched the competition. I had one parent tell me her daughter was just as nervous watching it as if she was performing it live," said FSJ Figure Skating Club coach Jenn Hammond.

The club and skaters prepared for the virtual competition as much as they would a normal one. Hammond, and the club's other coaches, were responsible for filming their skater's performances, to make sure each performance was done in one take.

"We do video the skaters sometimes, but this was different and there's a lot of pressure on the filming side too," said Hammond.

Hammond was pleased with how the Fort St. John skaters did, with many finishing in the top three in their respective category.

The figure skating club is winding down for the season. Skaters are currently skating through spring break, with the last day of skating set for April 9. The club's younger skaters will have a mini competition on April 8, while the older skaters will have a virtual test day scheduled for late March.

The club is in the midst of its cash calendar fundraiser for March. Though there area more draws still to come, the tickets are all sold and the fundraiser brought in a total of $8,300 to the Fort St. John Figure Skating Club.