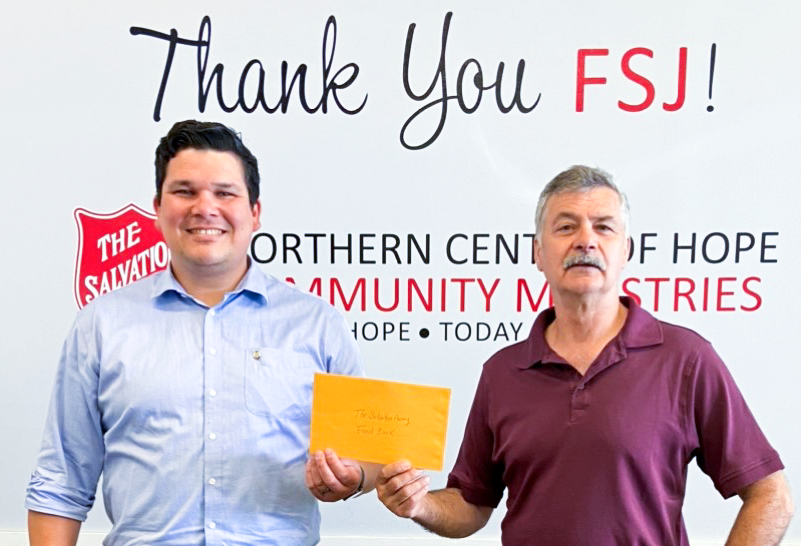 The club bought 288 limited edition lures from Len Thompson Lures, with half the proceeds supporting the company's Fishing for Food Banks campaign.

“At the Food Bank we’re constantly overwhelmed by the outpouring of support for the programs that we offer," said Cameron Eggie, executive director for the Fort St. John Salvation Army.

"This type of financial support ensures that we’re able to help the hundreds of families coming through our doors with healthy and fresh menu options.”

The Rod and Gun Club will distribute the lures among its members, and the company has so far raised and donated more than $8,000 to food banks across Western Canada.

The campaign was created by company President Brad Pallister, and his sister and marketing manager Jessica Pallister-Dew, to help struggling families while generating business at the same time.

Nearly 700 lures were sold after the first weekend of the campaign's launch, which the company said was a surprise.

"Anglers and hunters throughout the country have a strong history of helping in both conservation and community initiatives, especially in Northern B.C.," said Pallister.

“The North Peace Rod & Gun Club’s purchase of these lures, as well as support from Backcountry Outdoors, helps to make this donation that much more sizable.”

The campaign continues throughout the summer, and the lures are available at Backcountry.