As good as the Fort St. John Huskies have been over the last three seasons, they haven’t quite had a run like this.
Nov 19, 2019 10:56 AM By: Dillon Giancola 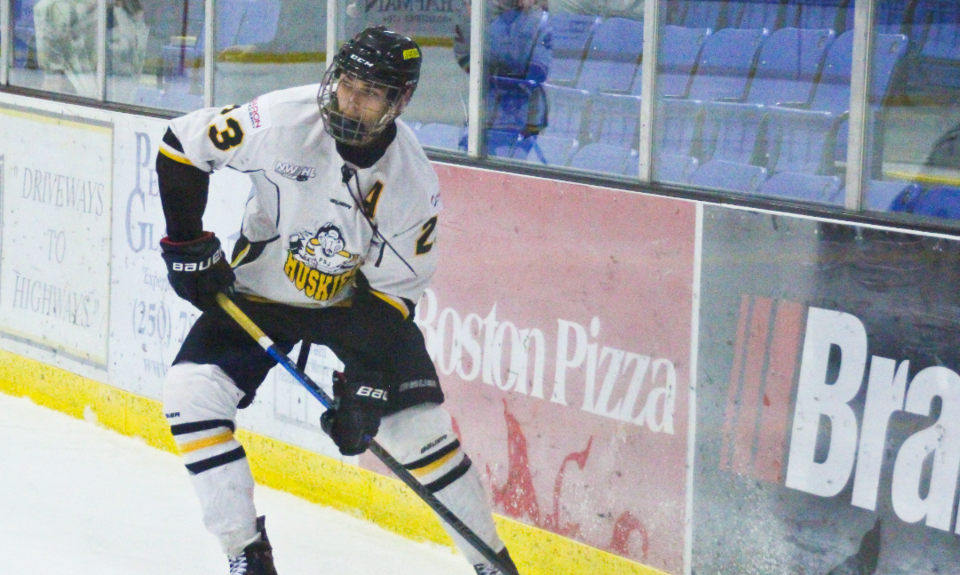 Huskies defenceman Jared Loewen is once again at the forefront of his team’s success this season, leading the league in scoring with 26 points in 17 games despite roaming the blue line.Dillon Giancola

As good as the Fort St. John Huskies have been over the last three seasons, they haven’t quite had a run like this.

Most recently, the Huskies outclassed the North Peace Navigators 7-1 and 4-0 in two games last weekend, a team that Fort St. John has normally had trouble scoring against.

“This group is really understanding the systems and team tactics a bit faster than some of the groups we’ve had in the past, and it’s starting to show earlier in the season. It could be catching some teams off guard, but they could catch up in the future,” said Huskies Coach Todd Alexander.

New goalie starts off with shutout

Just as the many rookies are starting to gel with the veterans, the Huskies have two new players starting to make an impact.

In net, the team has moved on from Jacob Romanowski and will be splitting goalie duties between Tyler McArthur — who is really starting to heat up — and newcomer Braedyn Funke.

Funke, a third-year junior player who has spent time with the Comox Valley Glacier Kings in the VIJHL, got his first start with the Huskies in their 4-0 shutout win of the Navigators on Sunday, Nov. 17.

“Braedyn is a real good player who brings some leadership to our team. We’re really excited to add him to the fold and see how he can help us going forward,” Alexander said.

On forward, the team has had German exchange student Nils Nemec on the ice for the last three games. Nemec heard there was a team and asked if he could try out. Alexander and the coaching staff were open to the idea, and after figuring out the logistics, were able to add him to the team. He scored on Sunday, and has a goal and two assists in three games.

“He loves the game and wants to play for the right reasons so we’re happy to have him. I’m very impressed with his maturity and once he understands the North American game a bit better he’ll only get better,” Alexander said.

It’s not only the newcomers making a difference.

Third-year defenseman Jared Loewen not only leads the team in scoring but has the most points in the NWJHL with 26 in 17 games. With half the season to go, he’s on pace to fly by his previous high of 39 points, which he had each of the last two seasons.

“Jared is a testament to practicing hard, and a willingness to get better. He is always asking questions, trying to add things to his game, but still work on the things he already excels at. His footwork, puck control, and how fast he gets rid of the puck are all second to none, and this year he’s having a special season on the scoresheet,” Alexander said.

Loewen will look to help his team win their fifth game in a row this Saturday, November 23, at home against the Sexsmith Vipers.