Chris Murphy isn’t much to see on skates, but his unique design and method created the Mathew’s Park Ice Ribbon, a big hit for all ages since it opened before the holidays.
Jan 26, 2017 1:32 PM By: Scott Donovan 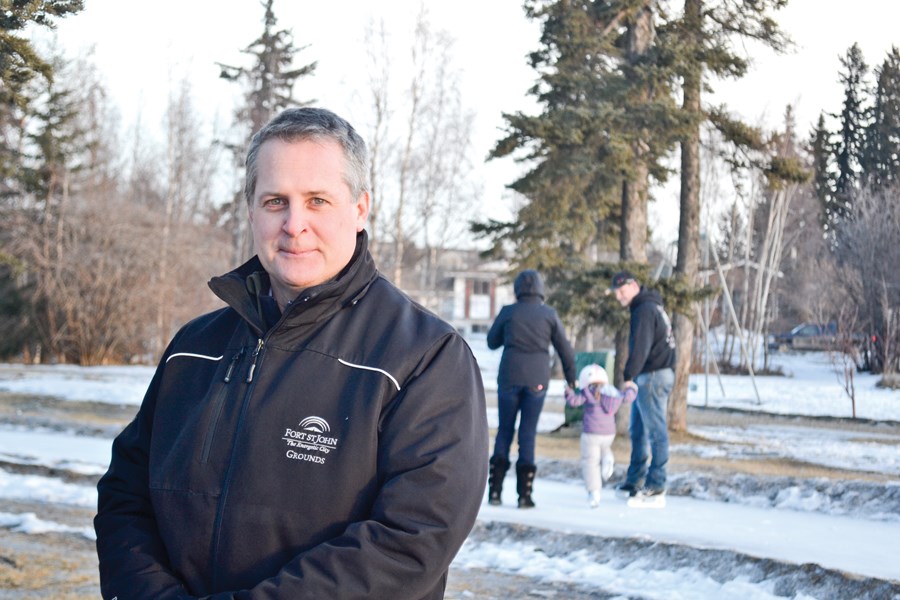 Chris Murphy isn’t much to see on skates, but his unique design and method created the Mathew’s Park Ice Ribbon, a big hit for all ages since it opened before the holidays.

“It wasn’t so much putting in a speed loop that I was interested in, just sort of the notion of having young families, and folks and kids being able to skate through a park,” said Murphy.

“And doing some research, it’s not that uncommon.”

The grounds manager for the City of Fort St. John, Murphy compared his project to ice ribbons in larger cities, such as Edmonton and Calgary, but said it was innovation instead of research that made his ribbon a success.

“It was a bit of a learning process, for me, and it’s interesting because we’ve gone out of our typical practices, and it seems to be working better,” he said.

Some of the strategy included outdoor rink basics that get used at different outdoor, hockey-oriented spaces in the city.

“What you want to see to build (an outdoor rink) is sustained temperatures in the minus double digits. (You) need snow pack, we’ll bring it in and pack it so we’re not putting the ice directly on the ground,” said Murphy.

Next is flooding to create foundation ice. Mathew’s Park had some challenges as they were flooding from an eight-foot boom instead of a hose.

“The corners and the curves in the ribbon were designed not so there would be nice soft corners, but so the water truck had access,” Murphy said with a laugh.

After flooding, Murphy decided to try a trick used in indoor rinks to smooth out the surface ice, against the recommendations of his employees.

The results surprised everyone, creating a smooth surface good for even the newest skaters. Murphy even invented a new-to-town way to maintain the ice.

“We jerry rigged one of our tool cats with a water tank and made our own kind of zamboni out of it. It’s gravity fed from the tank, goes down to one-and-a- half-inch PVC piping with holes drilled through it. I even got an old drag cloth from the guys at the arena.

As for his own extracurricular ice time, Murphy has a plan.

“I’ve often joked with my bosses that I’m going to put in for a boot allowance and it was going to be a pair of skates.”