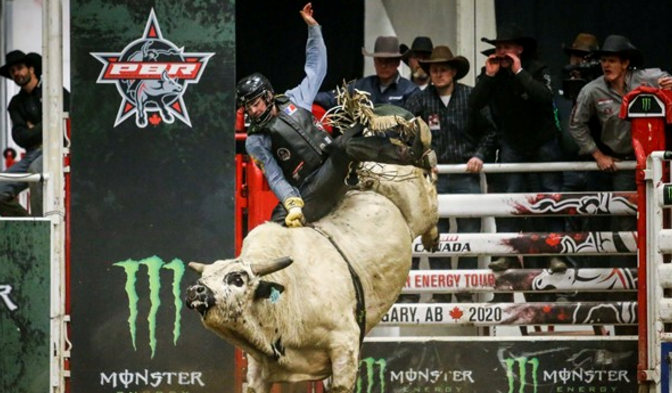 Jake Gardner in PBR action earlier in the 2020 season.Covy Moore

A four-month break didn't disrupt Jake Gardner's ability to hang onto a bull at all. The Fort St. John cowboy competed in the Monster Energy Tour PBR event in Lethbridge last Thursday, July 23, finishing fifth out of 25 riders to take home a cheque of $512.69.

It was the first PBR Canada event since the 2020 season was paused mid-March, and the first pro sports event in Canada with fans since the start of the coronavirus pandemic here as well. Gardner was bucked off his first time out of the gates, but held on for a score of 87 in the second round. Gardner sits 12th in the standings for the season, having competed in five events and ridden four bulls out of nine attempts. He has earned a total of $1,894.61 on the PBR Canada circuit in 2020.

The Monster Energy Tour will resume September 26 in Medicine Hat, followed by a stop in Grande Prairie OCtober 2 and 3. In total, there are five more stops scheduled on the tour, including the Canadian Finals in Saskatoon, November 13 and 14.