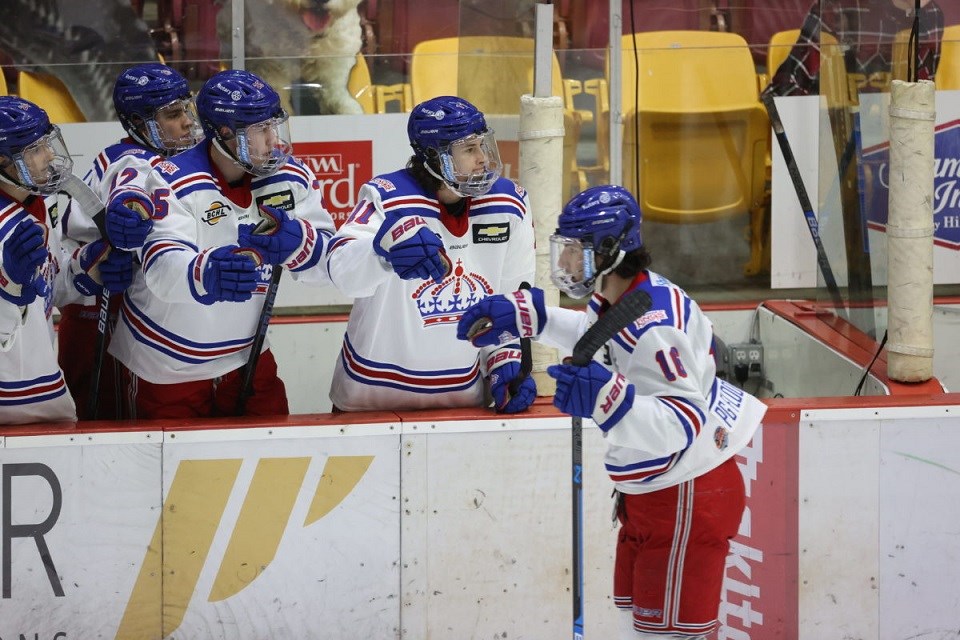 A good night's sleep may have been the best medicine needed for the Spruce Kings.

Recovering from a 4-1 loss to Chilliwack, Prince George bounced back 24 hours later to prevail 3-2 over the Merritt Centennials, a team they've become very familiar with as of recent months.

The Kings and Cents faced each other four times in the exhibition cohort season, to which the red, white and blue were victorious three times.

Fort St. John's Jordan Fairlie recorded his first BCHL win in his junior 'A' regular-season game, turning away 26 of 28 shots from Merritt.

Prince George got on the board first courtesy of alternate captain Kolton Cousins at 10:42 into the contest with Hunor Torzsok getting credited with the assist against his former team.

The Cents knotted u the score at 1-1 before the two teams went to the dressing rooms.

Also matching up with his old club, Christian Buono's first of the year came on a power-play early in the second period.

He aimed a wrist shot towards the net after Carter Cochrane set him up at the right point after taking a pass from Max Borovinskiy, who earned the second apple on the play.

The go-ahead goal, which turned out to the game-winner, was a slapper from rookie blue-liner Ben LeFranc at the right circle of the offensive zone, taking a pass from Nick Rheaume with five minutes left in the frame.

Merritt came back in the final few minutes and got within one after capitalizing on a six-on-four, but the final buzzer sounded to give the Spruce Kings a 3-2 win.

Prince George will now enjoy a two-day break before its next Pod match, which is also scheduled as a tilt with Merritt.

Puck drop between the Spruce Kings and the Centennials goes for Wednesday (April 7) at 5 p.m.