Ease into the mountains super cautiously as the storm fades out by sticking to simple terrain and low consequence slopes. Watch for signs of instability but don't let their absence fool you into trusting deeper snowpack weaknesses.
Mar 2, 2021 10:34 AM By: Alaska Highway News Staff 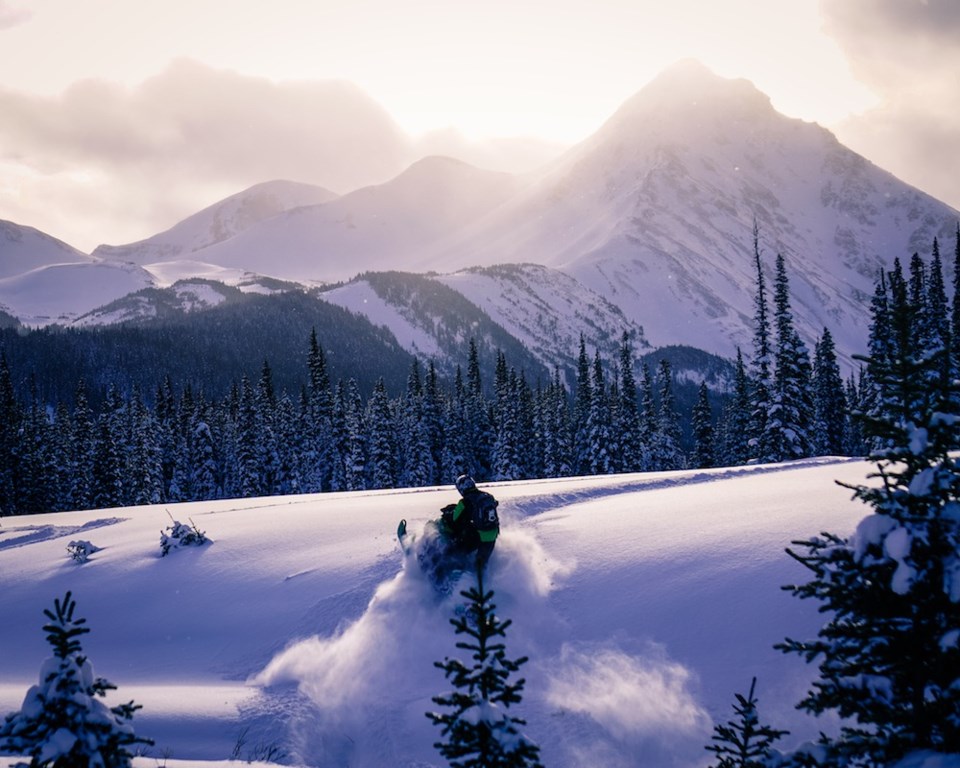 Ease into the mountains super cautiously as the storm fades out by sticking to simple terrain and low consequence slopes. Watch for signs of instability but don't let their absence fool you into trusting deeper snowpack weaknesses.

The weekend was an active period for avalanches in the region. Observations are still limited, but some highlights include:

-This MIN report showing a widespread touchy 25cm storm slab interface avalanching on anything over 30 degrees in the Pine Pass area.

-2 natural size 2.5 releases putting 3 metre-deep debris on a rail line between Pine Pass and the MacGregors.

-At least one large (size 2) natural avalanche that ran in steep treeline terrain in the Renshaw area on Friday, suspected to have run on the late January layer described in our snowpack summary, found about 80-110 cm deep in this area at the time.

We have quite a few more recent reports of persistent slab avalanche activity in the region. This spooky report of large remote triggered avalanches came in Wednesday. With a similar structure in place, now under greater load, there continues to be serious concern for this type of activity persisting beyond the storm cycle.

There was a fatal avalanche accident in the Hasler area last Saturday. The incident occurred on a northeast aspect between 1400 and 1600 m. The avalanche was a size 2.5. The fracture line was estimated to be 50-100 cm and is suspected to have been a persistent slab avalanche running on the late January weak layer of surface hoar described in our snowpack summary.

5-10 cm of new snow per 12 hour period is expected to continue accumulating in the region from Monday night through to Wednesday with continued strong southwest wind. This will add to variable new snow totals from the weekend of up to 80 cm in Pine Pass, 50-70 cm in Sentinel Pass, 60 cm in Renshaw (including a pulse prior to the weekend), and a less impressive (estimated) 25 cm in the Core Lodge area. Kakwa seems closer to a 5-day 30 cm. The MacGregors are a bit uncertain, but likely closer to Pine Pass or Renshaw totals.

Along with a previously wind-affected 40-90 cm of storm snow that fell through the second last week of February (focused to the south of the region), we now have roughly 90-110 cm overlying a weak layer of faceted snow (and potentially surface hoar) from mid February, as well as another especially problematic, slightly deeper, widespread persistent weak layer from late January/early February that consists of surface hoar. This layer is now likely about 120-160 cm deep in some of our snowfall hotspots. This layer is most prevalent around treeline elevations, but likely reaches into the alpine and in openings below treeline too. It may sit above a crust below 1600 m. Both of these layers may be significantly shallower (and potentially easier to trigger) on the east slope of the Rockies

This MIN report from the Powder King area on Sunday captures well that both of these layers remain a concern. Their depth suggests a slightly lower probability but much higher consequences associated with triggering them than existed before the storm. With observations still limited, it remains a bit uncertain to what degree they have been involved in natural activity from the storm.

WEDNESDAY - Mainly cloudy with easing flurries bringing up to 5 cm of new snow, closer to 10-15 cm with overnight accumulations. Strong southwest winds easing over the day. Alpine high temperatures around -5 as freezing levels rise again to about 1500 metres.

THURSDAY - A mix of sun and cloud. Moderate to strong south winds. Alpine high temperatures to about -1 as freezing levels jump to about 2000 metres.