The 2021-22 Northern Capitals will have a strong Peace Region presence this year. The team revealed its starting roster this year, with six of the 20 players hailing from the Peace Region.

Here is where each of the players fit on the team's depth chart: 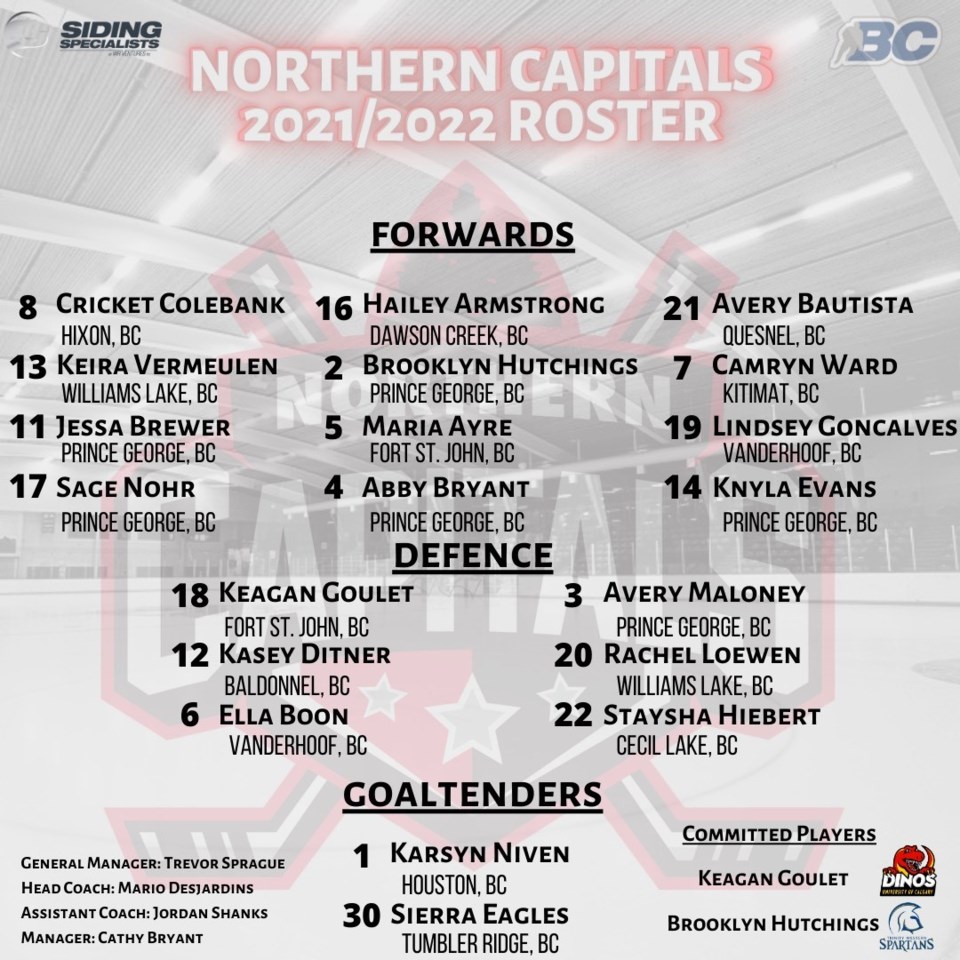 Armstrong, Ayre and Goulet each played with the Capitals during the 2019-20 season. Ayre had 11 points in 32 games, Armstrong had 18 points in 32, and Goulet had 12 in 27 games played. The Capitals didn't have a season last year as a result of the pandemic.