It was a big weekend for the Jr. Girl's Volleyball team as they finished second in the Peace River Regional tournament, earning a spot in Zones next weekend.
Nov 5, 2018 10:40 AM By: Samantha Stackhouse 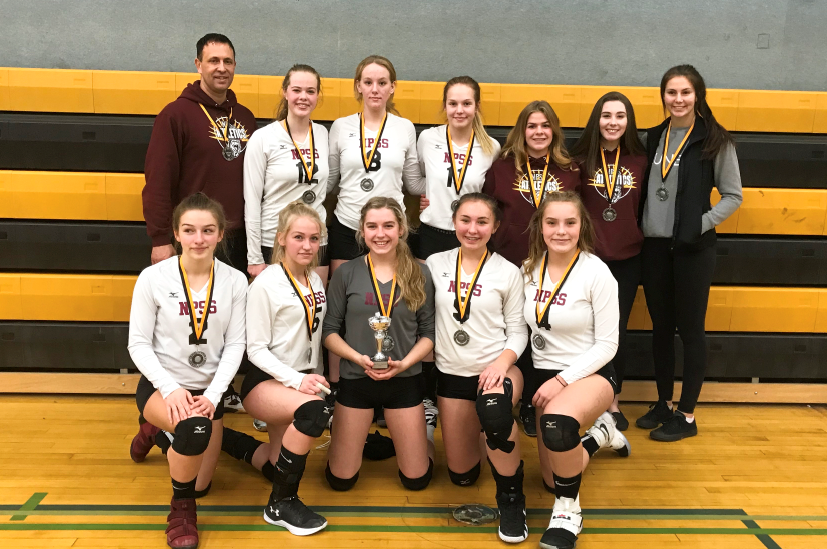 The junior girls volleyball team placed second at regionals and adanced to zones in Quesnel next weekend.supplied

It was a big weekend for the Jr. Girl's Volleyball team as they finished second in the Peace River Regional tournament, earning a spot in Zones next weekend. The girls lost to a strong Dawson Creek team in their first game on Friday, but battled back and won three straight games against Bert Bowes, Dr Kearney and Hudson's Hope. They faced Bowes again on Saturday in the semi final, winning to advance to the gold medal game for a rematch against Dawson. Despite playing hard, the girls lost in two sets, finishing the tournament in second place.

The Cross Country team wrapped up their season at Provincials in Nanaimo this weekend. Kenzie Chilcott finished 34th in the sr. girls division with a time of 26:06, followed by Celine Quigley (88th) and Leigh Hedges (103rd). Quinlan Snider finished 135th in the sr. boys race with a time of 22:04.

Up Next: Senior Boys and Girls Volleyball are in Peace River this weekend. This will be the last tournament of the season for the boys and the last test for the girls before Provincials. The junior girls are in Quesnel to take on some of the best teams in B.C.

Despite racing a tough race on a tough course, Quinlan did his best to leave it all out there and finished in the middle of the pack against the best runners in the province. Congrats on a great season and a great race Quin.

Anne stepped up in a huge way for the team this weekend. Despite battling some lower body injuries, she powered through for the team and played a key role in boosting morale. She also showed her skills with some huge hits from the left side and very consistent passing.