The region's golf courses are getting ready to open, weeks earlier than normal.
Apr 12, 2021 3:02 PM By: Dillon Giancola 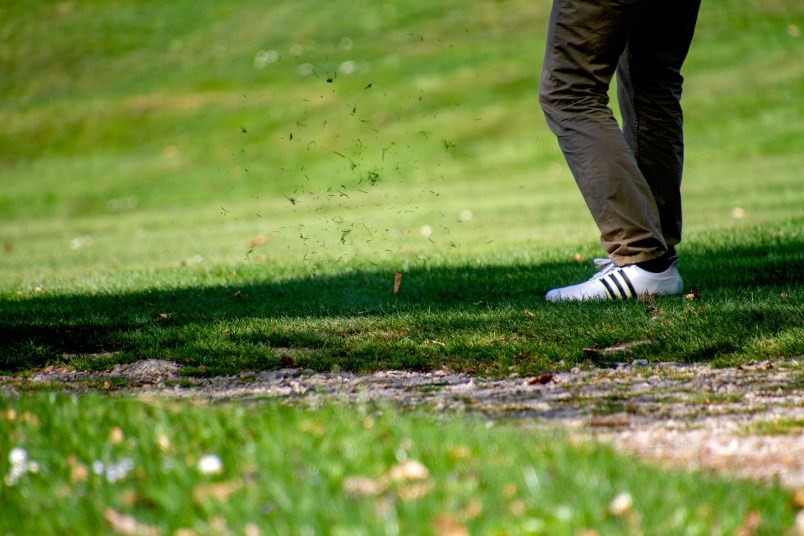 Thanks to a warmer-than-usual March, Peace Region golf courses are further along than they would be in a typical year, as snow continues to melt rapidly. Most of the courses have yet to set an opening date, and the double-digit temperatures forecasted for the next couple weeks will likely be interrupted by a one-day snow out of nowhere, but golf season is upon us and it’s time to clean off the clubs and stock up on golf balls.

Heading into the summer, things feel as uncertain as ever in regards to what PHO restrictions will be in place and what sports the community will be able to engage in.

However, golf is one of the few sports not currently restricted in B.C., and the local courses are looking forward to an exciting and joyful season.

Fort St. John Links is still a couple weeks away from opening, according to clubhouse manager Jeff Holland. Still, the snow is melting nicely, with only the heavily treed areas left to be cleared.

“There’s normally snow in April up here but hopefully that doesn’t happen this year,” said Holland.

He’s looking forward to opening and hitting the course.

“It should be the same as last year. It’s hard to know what regulations will come out and what can happen, but obviously golf is something you can do safely, where it’s not hard to be socially distanced.”

Lake Point is always one of the later courses to open for the year, and that won’t change this year. However, despite a slow start to the melt down, GM Troy Knight said there was less snow on the course this year and a lot of grass has poked through in the last week.

There is no clear timetable for when the course will open, but it will likely be towards the end of April.

“As we’re approaching the start of the season we’re getting more and more excited. Everyone is itching to have some recreation. The golfers are as excited as we are and we can’t wait,” said Knight.

Knight thinks the golfing experience will likely be the same as last year — no events or tournaments, certain restrictions on food and beverage — but a chance to golf nonetheless.

“Thankfully, we’re excited to still offer that form of recreation to people. Hopefully everything stays the same and we can all get out and start enjoying what we love,” Knight said.

Lone Wolf is set to open on April 16. The driving range is currently open.

“I am very excited about this year’s opening of Lone Wolf Golf Course. The course is in great shape. Staff are ready for a safe and fun season,” said Taylor Mayor Rob Fraser.

The snow is off of Farmington Fairways, and the tarps are off the greens. Owner John Rigsby likes the shape the course is in, and is ready for a busy year.

“We were a lot busier last year than in previous years. People don’t have much else they can do and I think you’ll see the same this year,” said Rigsby.

He things Farmington is still a couple weeks from opening, but anticipates starting earlier than April 24, the 2020 opening date. Rigsby said the driving range should be open by the weekend.

“At this time last year there was still snow all over the course,” he said.

The earliest that the Dawson Creek Golf Club has ever opened was April 9, according to manager Jim Wickstrom. While that date has come and gone this year, Wickstrom things the club could have nine holes by this upcoming weekend if the weather goes as forecasted.

“Our average opening day is April 25, and we’ll be ahead of that for sure,” said Wickstrom. “It’s been a long winter, and I’m optimistic that this will be a great golf season.”