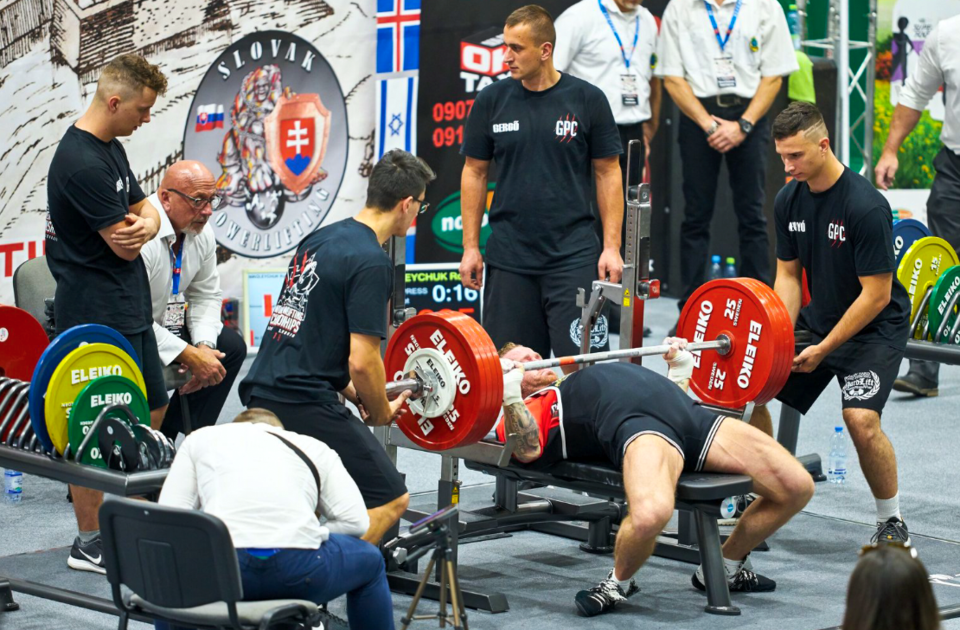 Rob Nikoleychuk had the meet of his life at the 2019 GPC World Championships in Nove Zamky, Slovakia. He set world records in squat (697lbs) and deadlift (628lbs), and the world record for total pounds lifted (1,818lbs).GPC

Rob Nikoleychuk entered 2019 with two goals in mind: set a world record and win first overall at the Global Powerlifting Committee (GPC) World Championships. He achieved the first of those at the GPC Nationals in Edmonton in May, setting the squat record in the 82.5kg weight class with a lift of 628lbs.

At the 2019 GPC World Championships in Nove Zamky, Slovakia, held October 20 to 27, he finished the job by finishing both first in the 82.5kg weight class and first overall in all of worlds. For good measure, he set three more world records.

“I accomplished exactly what I wanted to. I was pretty confident and it feels good, but hasn’t fully set in yet,” Nikoleychuk said.

Nikoleychuk had never even won his weight class before at the worlds, and this time he completely dominated the competition. Yet from talking to him, one wouldn’t know he achieved the biggest thing in his sport.

“When I get something, I just look ahead at the next goal. If I don’t have goals I’ll stray off course, so I’ll just turn my attention to the next goal,” Nikoleychuk said.

He’s hoping to move up to the 90kg weight class and set world records there, and also plans to compete in raw powerlifting sometime in the next year. In Slovakia, he was competing in full power.

His path to first overall wasn’t easy. He missed his first lift in squat, and lifted his body off during bench to disqualify his second attempt. With only three attempts at each type of lift, a lifter can’t afford to have setbacks. Still, Nikoleychuk stayed focused and got the lifts he wanted.

With how much success he had at worlds, and in 2019 alone (he set 12 Canadian records at nationals), it’s easy to forget that Nikoleychuk doesn’t get paid to do this. He has sponsors that help with him his many costs, but he has a full-time job and has to fit his training and diet into his daily routine like everyone else.

“I’m not really sure how I’m able to do it, but I have a great work ethic and I’m really competitive, I’m good at it, and that drive keeps me going,” said Nikoleychuk.

That work ethic extends beyond training to be a better power lifter. He was back in Fort St. John for just two days before hitting the road to Edmonton to be a ref at the 4th Annual Shell Shock powerlifting competition. Nikoleychuk passed a test in Slovakia to become an internationally certified GPC ref, and despite a hectic month and still being fully jet-lagged, he didn’t hesitate to take the opportunity to help out and give back.

“Powerlifting has given so much to me, and being a ref lets me give back. I wouldn’t be where I am without this sport,” he said.