Aug 25, 2021 3:43 PM By: Dillon Giancola
Previous Next
1 / 1 The setup for the North Peace Arena roof repairs has quite the distinct look to it. Iron Sun Construction, a Grande Prairie outfit working on the project alongside Celtic Construction, has performed building moves like this one all over the world.Matt Preprost
Expand
Previous Next

Anyone driving by the North Peace Arena over the last couple weeks will have noticed a peculiar sight: a strange setup of large, metal A-frames and tension cords emerging from the building to pull the roof trusses back into realignment — a process as interesting as it is rare.

Iron Sun Construction, a Grande Prairie outfit working on the project alongside Celtic Construction, has performed building moves like this one all over the world, according to Curtis Redpath, the city's civic properties manager. However, Iron Sun has never performed this kind of work on an arena before.

Redpath said there are six cables pulling the roof eastward, with two cables on the west side holding the building back.

"It's a fairly slow process but it's been safe," said Redpath, adding that one of the project managers told him, "I want the building to do what I want it to do, not what the building wants to do." 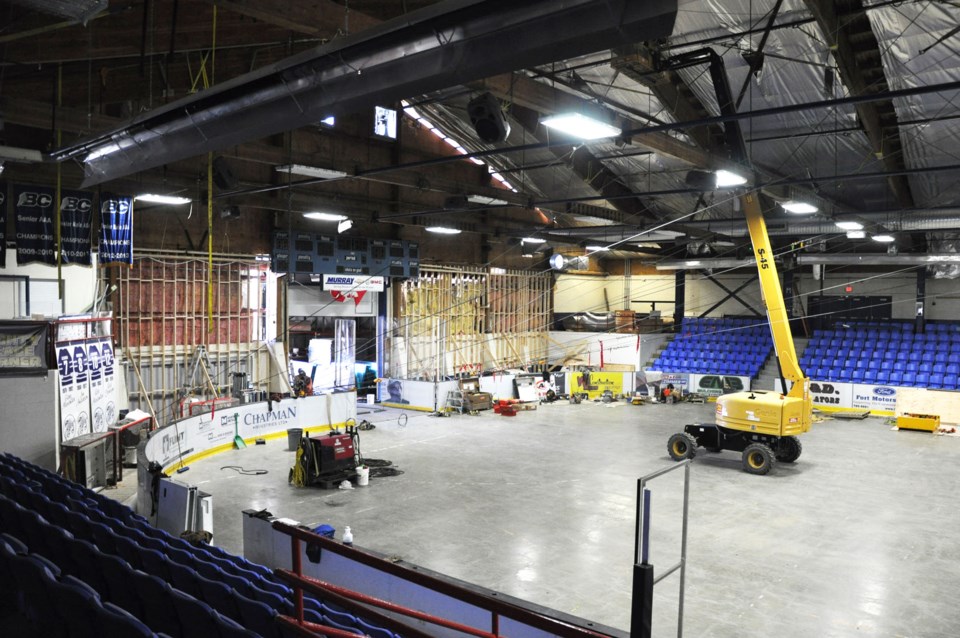 Cables on the interior of the North Peace Arena holding the two roof truss sections together and connecting to the East wall of the building. . By City of Fort St. John

At the same time, there are numerous cables on the interior of the building "holding each truss section together so they don’t pull each other apart," Redpath said.

Most of the time, the cables are just holding the roof and building in place, with moving taking place over the course of six days so far.

"They move it a little bit at a time, let the building settle, check all their grid lines, make sure their laser lines set up, and move it some more. They're moving it primarily in the afternoons because the hot sun makes the roof membranes more flexible," Redpath said.

"Pictures don’t do it justice. There are multiple cables in there, multiple tension areas and piping for each section at the top and bottom of each truss, tying it altogether to make the roof one piece, not individual truss sections." 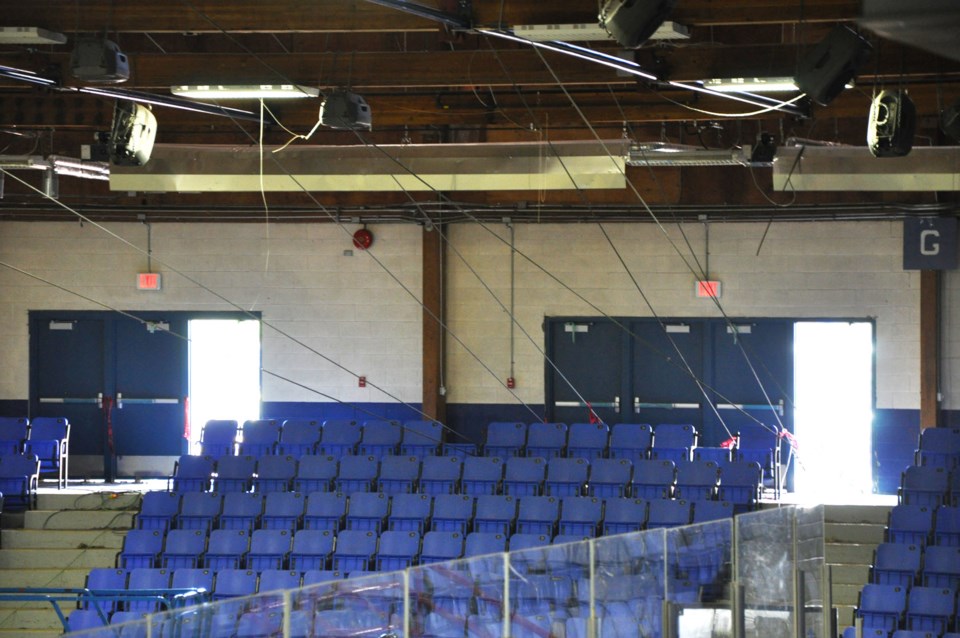 Cables connecting to the West wall of the North Peace Arena. . By City of Fort St. John

Redpath expects the building to be in alignment and the crews to begin securing the roof to its permanent location by tomorrow morning, August 26.

The distance the sections have each been moved differ, but Redpath said the greatest distance a section has needed to be moved is 12 inches.

As for when the project will be complete, Redpath said he's looking to have the crews out of there by the first or second week of September.

"(We) still need to finish off the exterior work that was started for the rest of September, but ice will be in the middle of September, and user groups will be able to use it by the end of September," Redpath said. "We are on schedule as planned."

Iron Sun Construction, a Grande Prairie outfit working on the project alongside Celtic Construction, has performed building moves like this one all over the world. By Matt Preprost

The city recently received $859,000 in funding from the provincial and federal government for repairs and upgrades to the North Peace Arena, as part of the Investing in Canada Infrastructure Program.

This funding will go toward a lighting upgrade for both the lobby and the rink itself, the installation of new air handling units and rooftop exhaust fans, and repairs to the lobby roof.

"We're redoing the lobby roof this year, going to put some more slope on it so it drains better," Redpath said.

He said some of the work will be done in September, including the lobby lights, with the arena lights and rest of the infrastructure work completed by spring 2022.