Fort St. John will always have a connection to wheelchair basketball thanks to Bo Hedges and his frequent trips home to introduce people to the sport. Soon, the city could be home to its own club.
Jan 26, 2021 11:57 AM By: Dillon Giancola 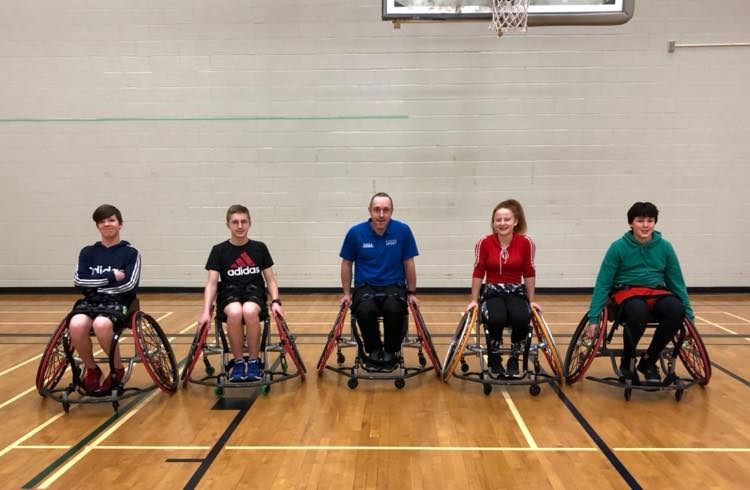 Some of the Zone 7 athletes who competed in wheelchair basketball at the Fort St. John 2020 BC Winter Games.Northern Adapted Sports

Fort St. John will always have a connection to wheelchair basketball thanks to Bo Hedges and his frequent trips home to introduce people to the sport. Soon, the city could be home to its own club.

The Northern Adapted Sports Association received $3,550 in 2020 BC Winter Games legacy funds to start a club in Fort St. John. Northern Adapted Sports is based in Prince George, and exists to promote adapted sports in northern B.C., and to give people with physical disabilities the chance to compete in sport in their communities.

“Fort St. John is very luck as they do have some wheelchairs already, which is pretty rare for most areas in the north. We have a club in Prince George already, but we cover a large area in northern B.C. and we want to look to these other communities,” said Rob Stiles, president of Northern Adapted Sports.

“We just had the BCWinter Games up there and wheelchair basketball is in it. It’s the only adapted sport in BC Games every time. What better time to make use of the equipment then after the momentum of the Games?”

However, Stiles said the interest is still there and things will likely start in the fall if not in the summer. He plans to oversee the club for the first couple years until a volunteer base is in place, and hopes to see games eventually take place between Fort St. John and Prince George, as well as Terrace, where a new club is also starting up.

The club would be open to both people with disabilities and able-bodied people looking to try something new. Stiles said the goal is to get enough people playing regularly so that when those in need of adapted sports opportunities do come to town or decide they want to play, the option is there for them.

A wheelchair basketball club already exists in Prince George (the LumberJacks) as does a wheelchair rugby and a para ice hockey club.

There are only two people with disabilities who play wheelchair rugby at a high level in Prince George, for example, but having committed members in town gives those two players a chance to compete regularly.

“People are often surprised at the interest that’s there for adapted sports opportunities. Once you get this type of program going, you find there are more people in the community with that disability than you would think,” Stiles said.

The money from the legacy grant will be put towards storing the wheelchairs, and renting facilities to play, as well as any additional equipment that may be needed.

“Something about being on wheels always appeals to people. It’s always a good sport and the sport is really fun,” said Stiles.